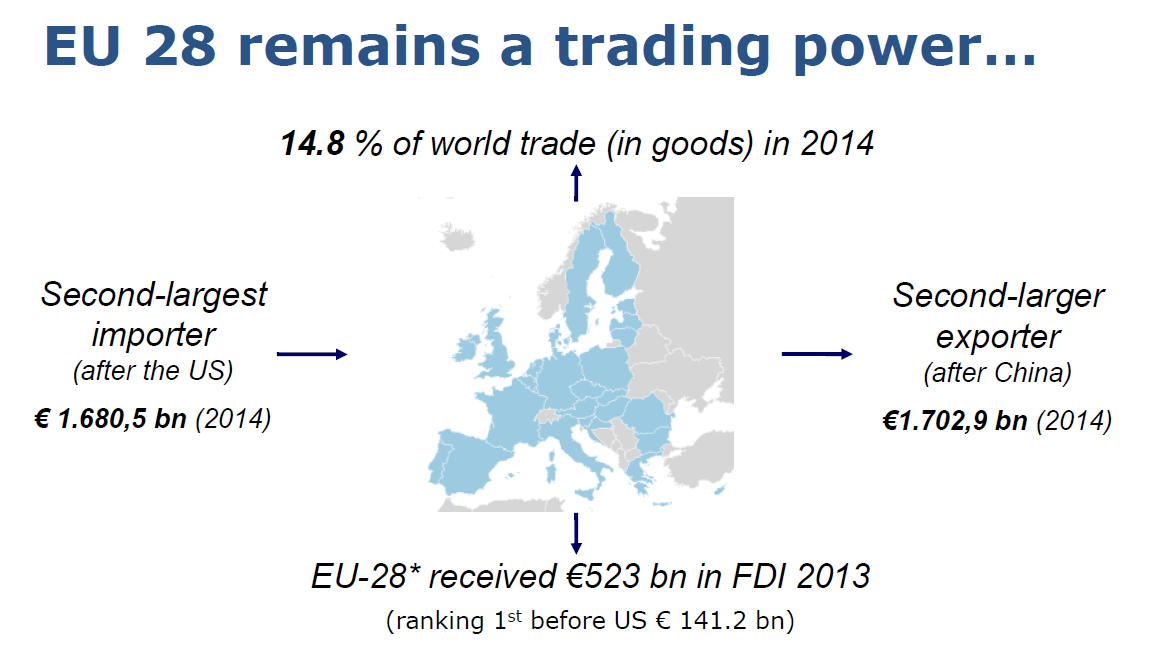 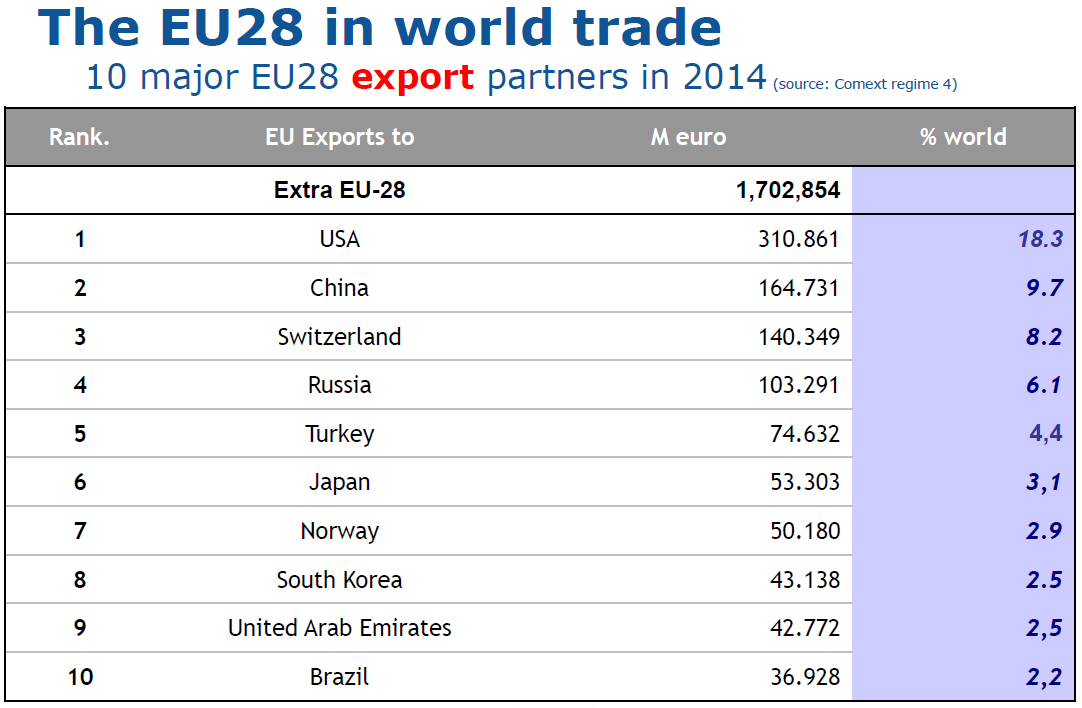 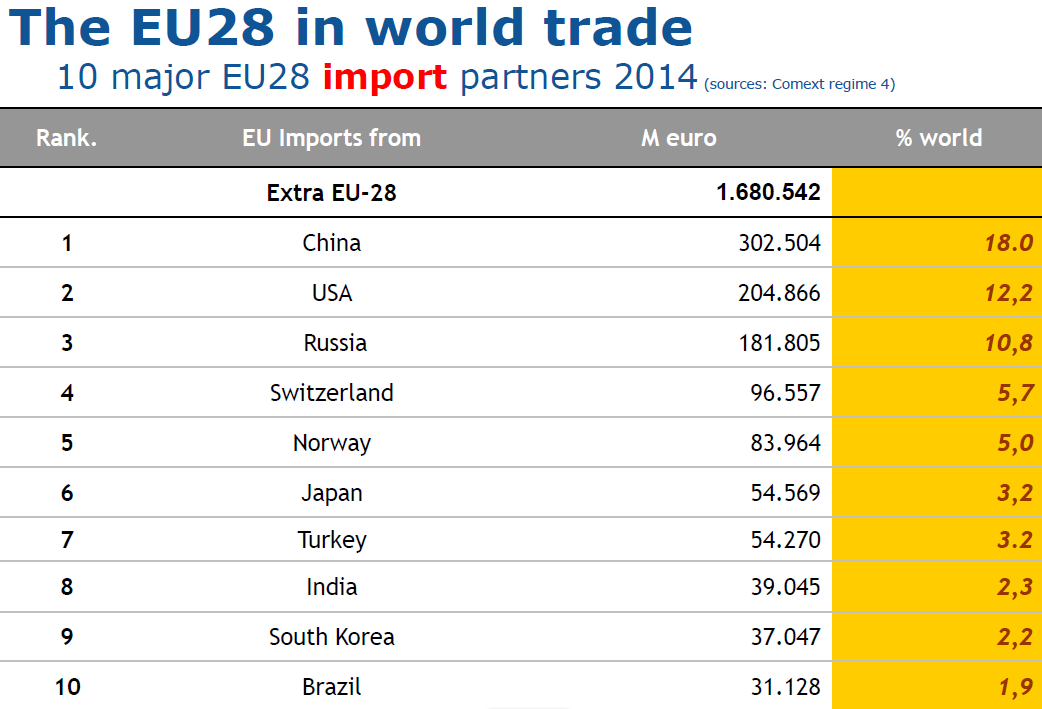 In 2011, the exports to the rest of the world from the manufacturing sector still supported the majority of jobs linked to exports (61%) across the EU. The “machinery, transport equipment” industry supported 9.6 million jobs, the “other non-metallic and basic metals” industry 2.9 million and the “chemicals” sector around 2 million.

However, the contribution of the exports of services has been increasing: in 2011 they were responsible for 36% of the EU employment supported by exports (up from 26% in 1995). The extra-EU exports of the “transport, trade and business services” industry supported almost 10 million jobs across the EU. 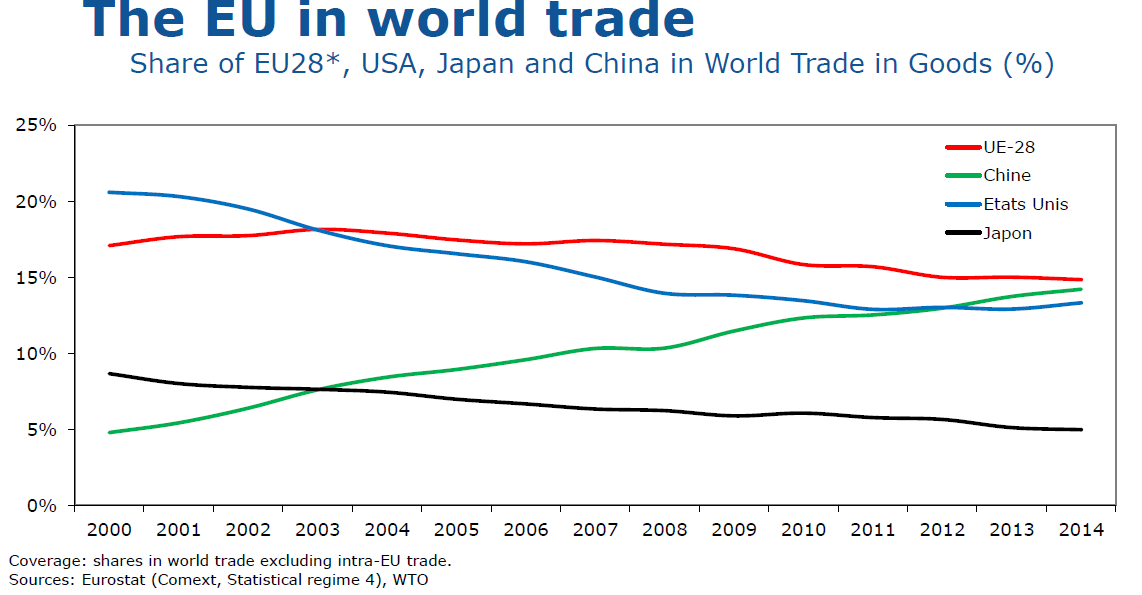 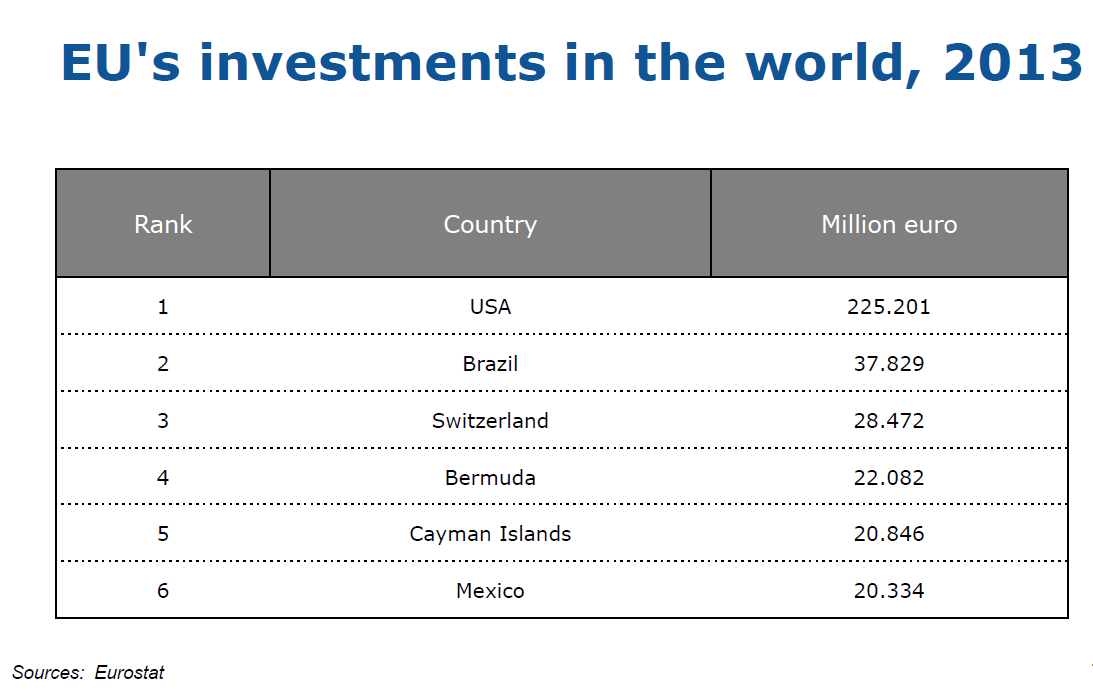