There are around 23 million unemployed people in the EU, including approximately 4.5 million young unemployed. In the year since June 2014 there are almost 1.5 million fewer unemployed people in the EU. However, the EU employment rate of around 64% is well short of the 2020 target of 75%. In the region, 16 million jobs will need to be created to reach this target. The broader trend shows that the current level is above the 20 million that were unemployed in 2000 but down on the record high of 26.5 millions in 2013. (Source: Eurostat)

The overarching challenge is to achieve a job-rich recovery based on growth, productivity, investment and the reforms that lead to quality employment. The European semester process, including the annual growth survey and country-specific recommendations (CSRs) have become the main vehicle to shape and deliver necessary reforms. For EU economic governance to really have an impact, effective implementation of CSRs and respect of budgetary rules is key. The fall in unemployment of almost 1.5 million shows that structural reforms are starting to pay off.

In Europe, 8.1 millions EU citizens out of over half a billion live and work in a member country other than their own - the equivalent of 3.3% of the total European workforce, while 17% say they intend to be mobile in the future. (Source: European Commission) BusinessEurope believes that there is a need to promote free movement by overcoming barriers to worker mobility, fostering mobile-worker employment participation and encouraging circular mobility to maximise the benefits of mobility for countries of origin and destination.

An EU framework needs to be in place that facilitates the entry of highly skilled migrants from outside the EU as well as their mobility within the EU once they are here. This is needed to address the broad range of skills and competences that will be required in Europe as a result of the projected decline of the EU’s working age population. However, the data suggests that around half of migrants coming to the EU - approximately 630,000 - do so for family reasons. (Source: Eurostat)

Job opportunities should be open to all talented individuals irrespective for example of age, gender, ethnicity, disability, sexual orientation and religious beliefs. An increasing number of companies actively seek ways to tap the potential of a diverse workforce in terms of performance and competitiveness.

Closing the gender pay gap is an important issue. In the past decade, the gap has narrowed in the EU as a whole: while it stood at around 25% in 2002, it decreased to 16.4% in 2012. (Sources: Eurostat, European Commission)

The gender pay gap does not indicate or mean discrimination or an absence of equal pay for equal value work. It is the result of much wider issues such as occupational segregation or different historical working patterns between women and men.

There are just over 12 million long-term unemployed people or 5.1% of the active EU population in Europe. Of these, 59% have been jobless for at least two consecutive years. There are also nearly 10 million people that are available for work but not seeking it. At the same time, 19.8% of the economically inactive population are interested in working. One aspect of this is increasing childcare facilities for women that want to re-enter the labour market. Moreover, the broader trend shows that the inactivity rate in Europe has fallen with around 10 million fewer inactive people compared to 2002.  Notably, active ageing policies show signs of taking effect with the greatest decline in inactivity among the 55-64 age range. Nevertheless, this age group is the least active of the labour market groups, including those in the 15-24 and 25-54 categories. The combined sum of current unemployed (around 23 million), those that are working part-time but would be willing to work full-time (10.3 millions) and those not looking for work (9.6 millions) totals over 40 million people. (Source: European Commission, Eurostat)

BusinessEurope believes that national reforms should ensure that working conditions, taxation and benefit systems allow people to enter, remain and develop in the labour market, including with a view to removing unemployment traps, reducing non-wage labour costs and addressing in-work poverty. 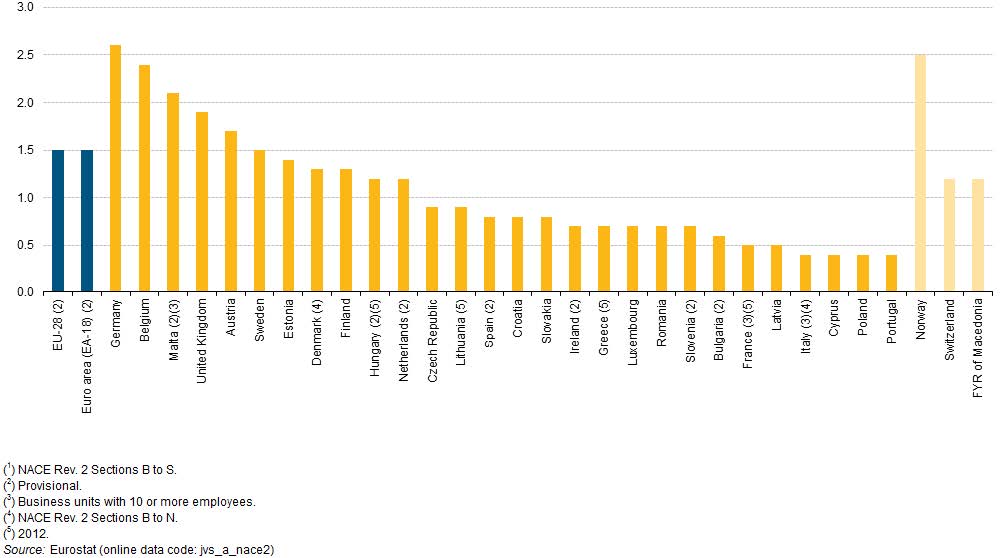 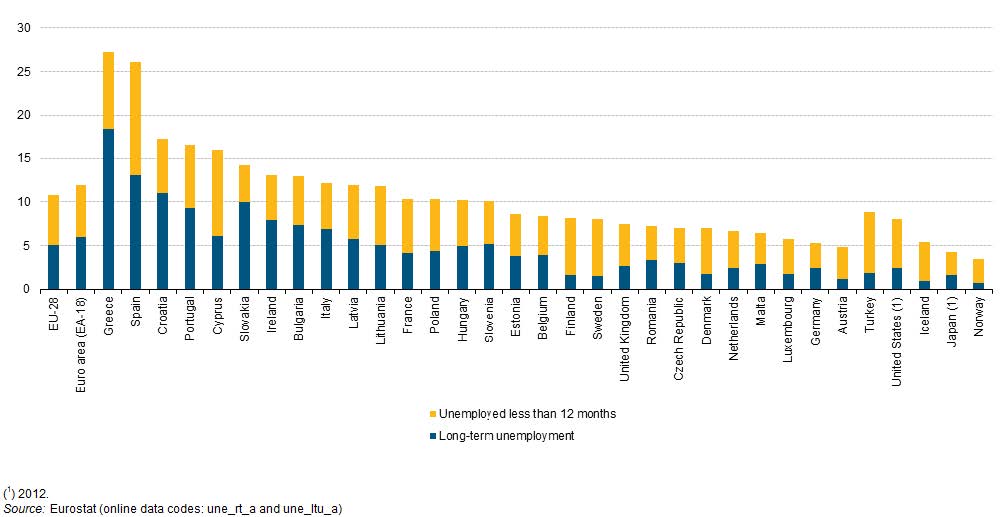 There are around 70 EU social directives protecting workers and giving them rights, including those that have resulted directly from European cross-industry social dialogue. There are in the region 1.5 million posted workers per year in the EU. (Source: European Commission)

BusinessEurope believes that despite being a limited labour market phenomenon, posted workers play an important economic role in the operation of the single market. As well as facilitating cross-border activity, they provide specialist expertise, improve business efficiency and help deal with temporary gaps in labour supply and skills shortages in certain sectors e.g. in construction, transport, engineering, IT, financial services.

Health and safety at work 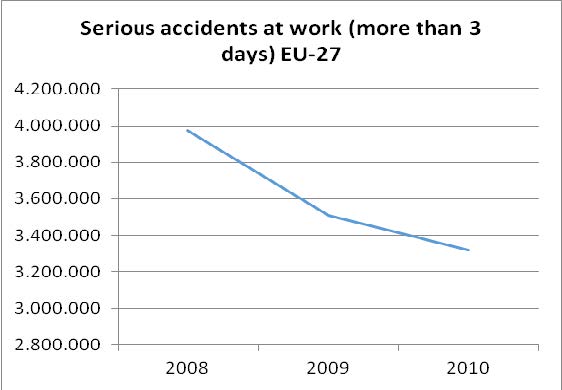 There has been a clear decline in the EU in the number of serious accidents at work in recent years. Employers are committed to protecting workers' health and safety at the workplace across the EU. Ensuring a safe, healthy and productive workforce is key to achieving the full potential of human capital on European labour markets. Good safety and health performance can help business competitiveness as long as the benefits outweigh the costs and administrative burdens of health and safety measures at the workplace.

In view of demographic change, sustainability and adequacy, BusinessEurope believes that statutory pension systems need to be reformed and longer working lives need to be promoted. Around 25 million Europeans rely on defined contribution occupational pension schemes for an adequate retirement income, although around 50 million Europeans still rely on defined benefit schemes. (Source: European Commission) Given the increasing importance of occupational pensions,  employers must continue to be able to provide such schemes to their employees cost-effectively.

BusinessEurope fully supports the EU goal of increasing industry’s share of production to 20% by 2020. One of the requirements for re-industrialisation is that labour markets function effectively and companies can smoothly adapt to change. The focus of restructuring-related policies should be on creating a business and policy environment conducive to job creation and growth as well as enabling and encouraging redundant workers get back to work quickly.

The average length of the European working week is decreasing: it has fallen from 40.5 hours in 1991 (EC12) to 37.5 hours in 2010 (EU27). (Source: Eurofound 5th European Working Conditions Survey) Flexible working time arrangements are crucial for companies' competitiveness and benefit workers in terms of work-life balance. Flexible working time arrangements at all levels – between the employer and individual employee or through collective bargaining are important to meet varying demand for companies' products and services and employees' preferences.