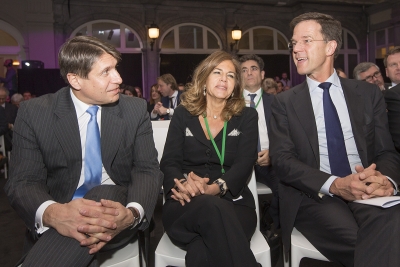 “The EU's slow economic recovery means lost ground in global markets. It would be dangerous if EU member states would allow ‘reform fatigue’ to set in”. This was a key message Emma Marcegaglia, President of BusinessEurope gave to an audience of 400 participants at BusinessEurope Day on 3 March 2016 in Brussels. At this high-level conference, Dutch Prime Minister Mark Rutte, Head of the rotating EU Presidency, European Commissioner Elżbieta Bieńkowska and other top level politicians met leaders of European industry and business from all over Europe. Marcegaglia highlighted results of the new EU Reform Barometer, BusinessEurope’s survey of reform results in all EU member states. European Council President Donald Tusk sent a video message to the conference. In their keynote speeches both Rutte and Bieńkowska, as well as other top European decision-makers, called for rapid implementation of structural reforms and highlighted the importance of the Schengen zone for business. Europe should – among other important tasks ahead – give a European answer to the migrant crisis. Photos