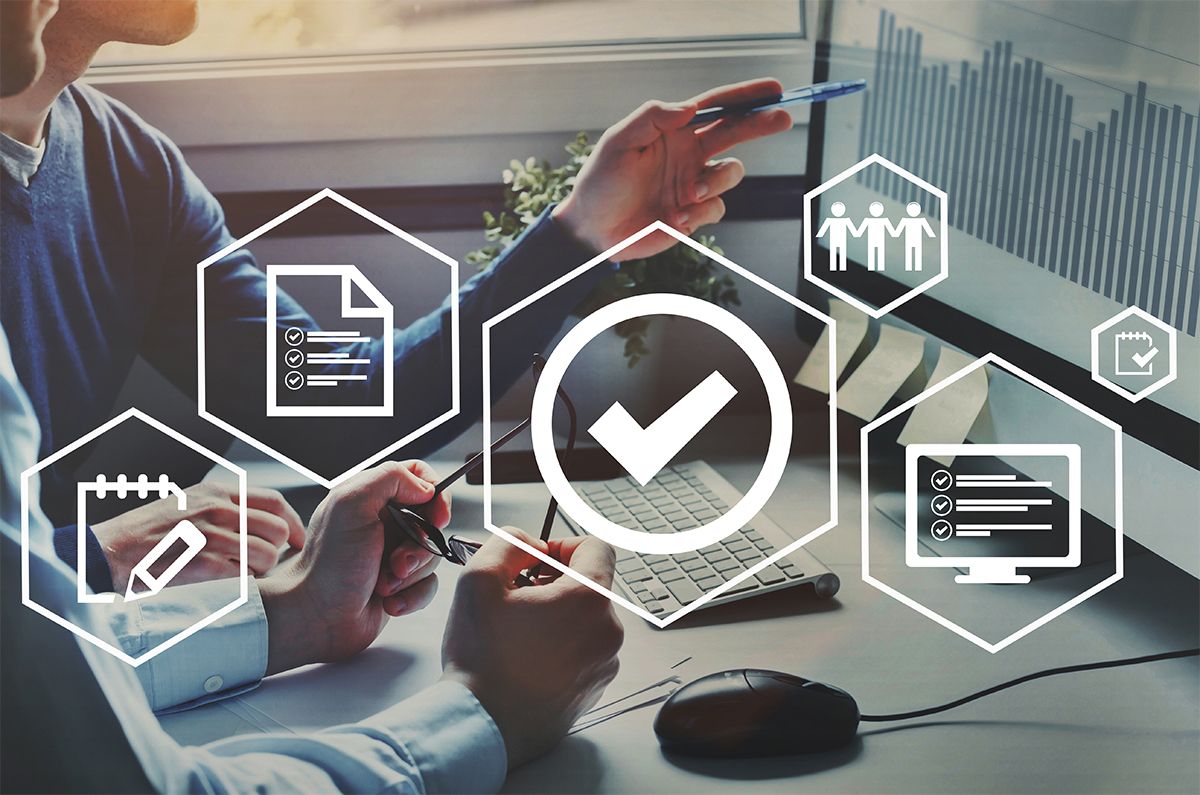 BusinessEurope welcomes the outcome of Tuesday’s vote in the European Parliament Internal Market Committee on the targeted amendment to Regulation 2012/1025 as indicative that cooperation with our trading partners can continue. Europe’s innovation and trade hinge on being as open as possible with its global partners, especially at the technical level of standardisation.

The current system of standardisation is successful precisely because of how market-driven and inclusive it is. While BusinessEurope supports the ambition of the EU to be more active on the standards front, it must not come at the risk of isolating Europe from its global partners and respective trade obligations. Otherwise, this would undermine the Single Market and place the EU’s global leadership at risk by decoupling from international standardisation efforts. Not to mention depriving Europe of the added-value expertise our international partners bring to the table.

As the EU advances the green and digital transition, where standards will play a major underpinning role in facilitating this transformation, BusinessEurope will continue to advocate for an open standardisation process.  In particular, we point towards the EU’s work with our partners via initiatives such as the Trade and Technology Council’s standardisation working group and note that consistency is key - as Europe cannot work in good faith on international efforts while excluding those same international partners from its internal processes entirely.

Taking stock of the ‘Fit for 55’ package: what still needs to be done 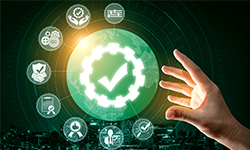 With the agreement by the EU ministers on substantial elements of the ‘Fit for 55’ package as well as some key votes of the European Parliament over the last month or so, the negotiations on this keystone for Europe’s climate ambitions reaches a new phase: we have seen the start of the first trilogues this week and will see much more substantial talks between the three institutions after the summer break.

Of course, the political and economic environment has been turned totally on its head from when the European Commission first unveiled the package in July 2021: on 24 February 2022, and the subsequent Russian war of aggression against Ukraine has upended all calculations, impact assessments and plans that might have existed before. Gas prices have climbed to levels previously unimaginable, and inflationary pressures are looking more persistent than expected. There is now an increasing possibility that at least part of the EU economy might slip into recession.

It seems that it is a good time to take stock of the results that were reached by the French Presidency of the Council of the EU over the last six months and offer some insights before we head into the final phase of negotiations on various files.

It is clear that in the long term, a full switch to decarbonised sources of energy, used in all sectors, is the answer, not only to reach the EU’s climate targets, but also to lessen its dependence on foreign suppliers. In that vein, it is positive that EU law-makers have made another push via the RePower EU plan to bring down the permitting timelines for renewable energy installations. However, even with renewed urgency, energy and industry decarbonisation unfortunately will take time. Considering this, it is laudable that the European Parliament is proposing to divide the rebasing for the Emissions Trading System (ETS) into two steps, giving some more breathing space for the power sector and industry, who are under unprecedented strain. The ability of companies to invest in times of crisis should be front of mind also when negotiators decide on the rules for the upcoming ETS benchmark review.

The current crisis is hitting Europe with unique severity when compared to other world regions and its major trading partners. Spot market natural gas prices in Europe are more than 10 times what they are in the USA, for example. The higher production costs, combined with inflationary pressures, are undermining the EU’s international competitiveness. Policy-makers must be careful not to add to this effect by rushing through half-baked climate measures: in particular, a Carbon Border Adjustment Mechanism (CBAM) with an expanded scope, and without a reliable solution to address export competitiveness will further intensify Europe’s deindustrialisation as well as increase global emissions.

In addition to industrial decarbonisation, Europe must address the rising emissions from transport. With all three institutions having accepted the 100% emission reduction target for cars falling under the fleet regulation, there must now be an equal ambition when it comes to the infrastructure for electric vehicles and alternative fuels. The Council’s general approach to the Alternative Fuels Infrastructure Regulation (AFIR) is wholly insufficient in this regard – member states must move towards the more ambitious proposals coming out the European Parliament. On the other hand, the Parliament has been too timid in applying the ETS to road transport and buildings – here we need at least the speed the Council proposes to avoid having to employ even more rigid command-and-control type measures at a later stage.

In the coming weeks, we will finalise our views on the three institutions’ position on all these substantial elements of the ‘Fit for 55’ package and will further engage with policy-makers.

Lastly, the EU must ensure that others are following its lead. The gap between burdensome regulation in Europe and lack of action elsewhere is becoming increasingly unsustainable. The G7 discussions on the climate club were a good start, this impetus should be channelled into all G20 economies making concrete and ambitious 2030 commitments before or at COP27 in Egypt in November.

Europe is entering uncharted waters – only with the right mix of ambition and pragmatism will it be possible to navigate towards a changed economy that reconciles a renewed capacity to innovate, creating and maintaining a competitive edge, and living up to our environmental commitments. The European business community stands ready to play its part in that challenge. 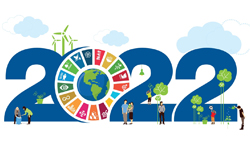 “Domestic Advisory Groups (DAGs) are important bodies for civil society to help monitor the implementation of EU trade agreements. The proposals the European Commission tabled in its recent communication ‘The power of trade partnerships: together for green and just economic growth, with a view to improve their functioning’, are thus welcome”, said Luisa Santos, Deputy Director General of BusinessEurope, at the 2022 edition of the All DAGs Meeting, which took place on the premises of the European Economic and Social Committee on 12 July. Santos spoke in her capacity as Vice-Chair of the EU-UK DAG in a session on “Effectiveness of the DAGs: Best practices & lessons to share”, in which also Chief Trade Enforcement Officer Denis Redonnet participated. Benedikt Wiedenhofer, Adviser in BusinessEurope International Relations Department, also intervened during this session in his capacity as Chair of the EU DAG under the trade agreement with Colombia, Ecuador and Peru. DAGs are civil society bodies set up under EU trade agreements, which are in charge of monitoring the implementation of the trade and sustainable development chapter of their respective agreements. For more recent agreements, such as the EU-UK Trade and Cooperation Agreement, their mandate was widened to cover the entire agreement. “As the number of DAGs and the scope of their mandate have increased in recent years, it is important to ensure these bodies are kept efficient and effective. For this, the requirements for membership and the expectations the Commission has from the DAGs should be set out more clearly”, Santos added. 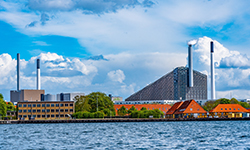 During a breakfast meeting on 8 July, BusinessEurope presented its position paper on the proposed revision of the Industrial Emissions Directive (IED) to the Member State environmental attachés. Carolina Vigo, Adviser for environmental policies at BusinessEurope, explained that “businesses appreciate the European Commission’s intentions to streamline the directive, promote innovation and reduce emissions. However, these intentions are not translated into the proposal”. BusinessEurope notes that the proposed provisions lead to legal uncertainties, risk to prolong and complicate the permit procedures, undermine the ongoing industrial transformation and do not lead to the wished environmental benefits. Vigo concluded that “the co-decision process will be essential to make sure that the intentions are actually reached”. The IED is a key piece of legislation for EU companies, as it sets the permit procedures for industrial plants. For these reasons, BusinessEurope has been engaging in the Sevilla process for years.