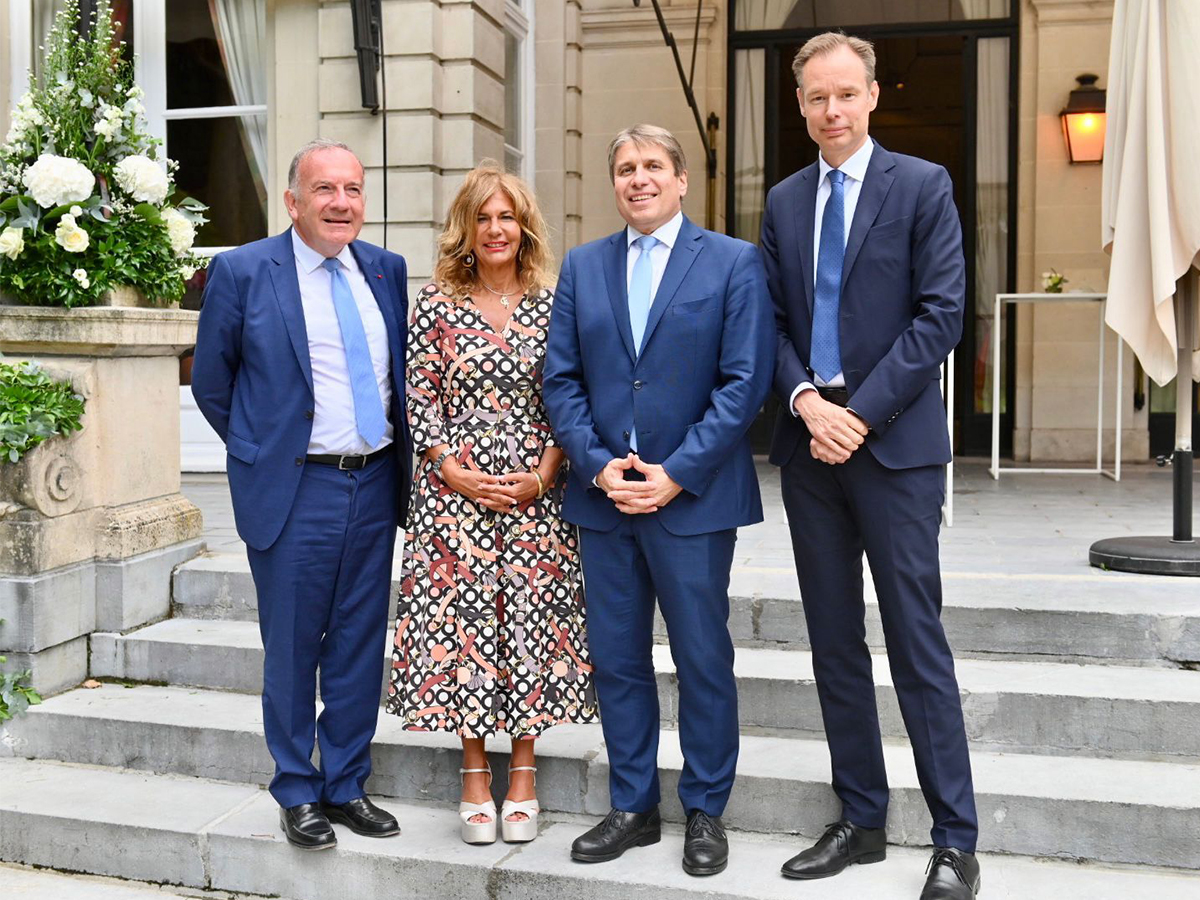 During his first meetings in Brussels on 6-7 July as the new President of BusinessEurope, Fredrik Persson met with correspondents of key European media and celebrated the start of his mandate with his two predecessors, Emma Marcegaglia and Pierre Gattaz, BusinessEurope's member federations and the enterprises of its advisory and support group, key interlocutors in the EU institutions, social partners, and sister European business organisations. European Commissioner for Budget and Administration, Johannes Hahn, who joined the celebration as keynote speaker, underlined the importance of trade agreements. Persson highlighted his passion for a strong Europe, and the internal market, which is the gem of the European Union. "We live in the most troubled times in recent years but I'm an optimist and for entrepreneurs, the glass is always half full. Competitive companies are the basis for peace, prosperity, a resilient and sustainable Europe and a strong economy that provides jobs and welfare", he said. By leveraging the knowledge and innovative power that exists within European companies, and engaging in a constructive dialogue with the European Commission, the European Parliament and the Council, BusinessEurope helps to build a better Europe where all companies and all citizens can show their talent and bring their contribution to society.

Watch what he has to say about taking up the presidency of BusinessEurope at this critical period in European history.

BusinessEurope published its Summer 2022 Economic Outlook, forecasting the EU economy to grow by 2.6% between 2021 and 2022. But ‘within year’ growth in 2022 is expected to be just 0.6%. Watch our Chief Economist James Watson explain more. 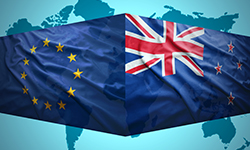 The announcement by Executive Vice-President and Trade Commissioner Valdis Dombrovskis and New Zealand Trade Minister Damien O’Connor of a political agreement for an EU-New Zealand free trade agreement is the first positive signal that the EU’s bilateral trade agenda is back on track.  After a period where the European Commission’s focus has been on equipping the EU with instruments to establish its assertiveness and ensure fairness of international trade, the attention must now go back to the “openness” pillar. This means both concluding ongoing negotiations and ratifying the deals already concluded. The European business community welcomes the EU-New Zealand agreement for the trade and investment opportunities it opens up, for its strategic relevance and for its sustainability deliverables.

European businesses will enjoy increased market access for goods and services as well as in government procurement. Beyond eliminating tariffs, the agreement establishes modern rules to determine the origin of products, to remove technical barriers to trade, to protect intellectual property and to discipline subsidies and state-owned enterprises.

The importance of New Zealand as a trading partner is inversely proportional to its market size and its distance. The European business community values the conclusion of an agreement with a like-minded partner in the dynamic and growing South-East Asian region, where traditional ties are with other local players. The geo-economic context marked by supply chains disruptions demands resilience from the EU by spreading and mitigating risk through market diversification, both for imports and exports. The war in Ukraine makes us look at the bilateral relationship from a different angle: like-minded countries that are committed to free trade must unite forces to open markets and fight climate change.

Finally, the EU-New Zealand free trade agreement will be the first deal to incorporate the new approach to trade and sustainable development unveiled in the communication “The power of trade partnerships: together for green and just economic growth” published by the European Commission on 22 June. Sustainability provisions have become increasingly relevant and an important element of the EU’s efforts to regain public support for its trade negotiations. European business welcomes the expanded role of civil society in the whole life cycle of the agreement, the tailor-made identification of sustainability objectives and the referencing of global sustainability standards. However, because the text is not available yet, European business looks forward to assessing how the principles announced will translate into concrete provisions. For example, it is very difficult at this stage to understand what can constitute a failure to comply with an obligation that materially defeats the object and purpose of the Paris Agreement or a serious instance of non-compliance with the International Labour Organisation fundamental principles, which could potentially lead to trade sanctions. 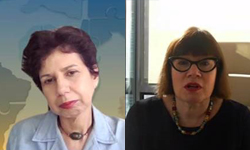 The fifth edition of the online event “Morning Talks on International Issues” took place on 1 July with the Director General of the European Commission’s department for trade (DG TRADE), Sabine Weyand as guest. The discussion focused on the outcome of the WTO ministerial and its outstanding work; the increased focus on sustainability both at the multilateral level and in the EU’s bilateral agenda; and the strategies to contribute to diversification and mitigate vulnerabilities of global value chains. Weyand is convinced that the new approach to implementation and enforcement of trade and sustainable development clauses in bilateral trade agreements will smoothen the ratification process of future deals, starting with the EU-New Zealand one. She also referred to the newly developed assertiveness angle of the EU’s trade policy and explained that the EU can’t be without defence while others weaponise trade. However, this will not lead to protectionism, as the EU will keep its openness philosophy, she concluded. 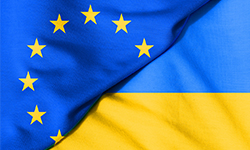 On 6 July, the 5th EU-Ukraine High Level Industrial Dialogue took place virtually with the participation of Taras Kachka, Deputy Minister for Trade of Ukraine. BusinessEurope was represented by Luisa Santos, Deputy Director General, who stated that “BusinessEurope fully stands behind all measures taken to support Ukraine, including of course the measures to facilitate imports and exports, supporting customs procedures, and deploying solidarity lanes to help address problems related to logistics. These measures are important. However, mitigating risk related to the war and the safety of doing business, for instance by improving access to insurance and finance, is critical to be able to maintain operations and support business practically.” Organised under the framework of the EU-Ukraine Association Agreement, the High Level Industrial Dialogue was an opportunity to bring together authorities and businesses from the EU and Ukraine, to discuss ways to promote cooperation, especially under the current challenging circumstances, and with the view to contributing to the sustainable and resilient reconstruction of Ukraine’s economy after the war. BusinessEurope will remain engaged in this process and in close cooperation with our members, the European Commission and the Ukrainian authorities, channelling relevant information and communicating on the needs of businesses. 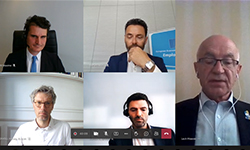 Work is the best way to ensure self-sufficiency, professional development and access to work-related social protection provisions. Current shortages of labour and skills in all EU Member States are acting as a bottleneck for economic growth. They are present across all sectors and at different skills levels. In 2021, almost 70% of employers reported problems and perceived this to be a major issue. A growing number of companies are not finding people to fill their vacancies, as they are depending on a shrinking number of working age workers and the available workforce does not possess the skills required by these jobs. This also has an impact on the job creation potential. At the same time, a significant number of working-age people remain inactive: one in four working age people in the EU is inactive and the inactivity rate exceeds 30% in five EU Member States. Increasing employment through in-work benefits was the topic discussed on 7 July at the joint webinar organised by BusinessEurope and the Employers’ Group of the European Economic and Social Committee. The European Commission’s officials, national policymakers and researchers presented different national approaches to designing in-work benefits and their interplay with other social benefits. Employers’ organisations and company representatives commented on how to make in-work benefits work in practice. BusinessEurope strongly believes that in-work benefits are an important policy measure to explore to increase employment and sustain our social protection systems. Our position and ideas can be found in recently published note titled In-work benefits and their role in supporting employment. 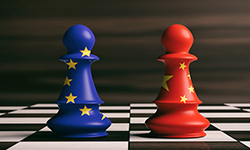 “China is simultaneously the world’s biggest carbon emitter and the biggest investor into renewable energy. It is thus a crucial partner for the EU to make the global fight against climate change a success while ensuring a level playing field and avoiding carbon leakage”, said Benedikt Wiedenhofer, Adviser in the International Relations Department of BusinessEurope, at the 7th Global Think Tank Summit organised by the China Center for International Economic Exchanges (CCIEE). The two-day event, which took place virtually on 5 and 6 July, brought together academics, business representatives and former policymakers from all over the world to discuss how to address current global challenges and promote world development through cooperation. Wiedenhofer spoke in the panel on global cooperation to promote climate governance. “European companies stand ready to support China in achieving its climate goals with their decarbonisation technologies, which are already tested in the EU market. For this, we need to promote common environmental technology standards, which ensure interoperability, minimise costs and can help innovations to enter new markets more easily”, he added.

Sustainability reporting standards must be proportional 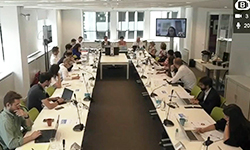 On Monday 4 July, BusinessEurope organised jointly with the European Financial Reporting Advisory Group and EuropeanIssuers an outreach event on the draft European Sustainability Reporting Standards, which are currently subject to public consultation. Tom Dodd, speaking on behalf of the European Commission’s department for financial stability and capital markets (DG FISMA), underlined that the future reporting standards need to be comparable and take into account already existing international reporting frameworks. Panellists across the three panel discussions expressed concerns both about the current alignment of the draft standards with ISSB (International Sustainability Standards Board) and GRI (Universal Standards, Sector Standards, and Topic Standards) frameworks and the proposed double materiality definition, which would create overflow of information reported of potentially low quality. Panellists also commented that the standards are a great opportunity to embrace sustainability, but that the reporting requirements requested from preparers should be proportional to their added value. Public consultation on the draft sustainability reporting standards is open until 8 August. You can access the recording of the event here. 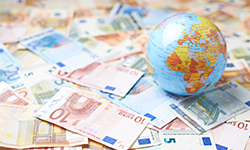 On 30 June 2022, the final day of the French presidency of the Council of the EU, the European institutions reached a compromise on the proposed foreign subsidies instrument. The regulation aims to fill an existing regulatory gap by addressing the distortions created by subsidies granted by non-EU countries to companies operating in the EU single market. It establishes a comprehensive framework for the European Commission to examine any economic activity benefiting from a subsidy granted by a non-EU country on the internal market. In doing so, the regulation aims to restore fair competition between all undertakings operating in the internal market. The compromise text, which will be published in the coming weeks, reflects many of the recommendations BusinessEurope brought forward in its reaction to the European Commission’s legislative proposal from 2021. We are thus confident the new instrument will effectively address market distortions in the Single Market while being proportionate and providing legal certainty to economic operators. Going forward, the EU should also address distortive foreign subsidies in the context of EU funding for projects in third countries. This will be essential for making the Global Gateway a success.