Given the resurgence of the virus, a very rapid agreement and implementation of the EU recovery instrument is essential. This was the key message from BusinessEurope’s Director General Markus J. Beyrer at the Macroeconomic Dialogue, which brought together leaders of the European social partners and European institutions on 3 November. Following the deep falls in output  this spring, the EU economy began its recovery during the summer, but the path back to pre-COVID-19  levels of output is likely to be long and uneven, with uncertainty unusually high. Read our recently published Economic Outlook.

Whilst the economic recovery is underway, it is uneven and uncertain. We expect GDP levels to still be 3% below pre-crisis level by the end of 2021. Watch BusinessEurope's Director for Economics James Watson explain the situation.

An opportunity to repair the transatlantic relationship? 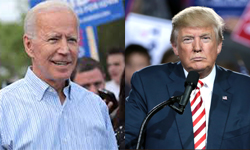 The last votes are still being counted and it may take days before the next President of the United States is confirmed. Below, we sketch out what either outcome could mean for the transatlantic relationship, in particular for bilateral EU-US trade relations, as well as what our priorities are in both the short and the medium term.

We don’t cease to hope Mr. Trump, in case he wins,  may use this second mandate to gradually change course and reduce the gap and spats between the two sides instead of staying the course. On the other hand, Mr. Biden is a “transatlanticist” who values America’s allies and wants cooperation between the EU and the USA to be revived, also on the trade front. Therefore, we could expect some gestures towards repairing the relationship – something that cannot start early enough. But what are the chances of full repair and what needs to be done to achieve it? What “gestures” would European business like to see as an olive branch and as a concrete sign that a new course has begun?

The first priority should be commencing negotiations for a solution to the Airbus-Boeing disputes. Solving this issue is both urgent and important as retaliatory tariffs have a huge, negative impact on both European and American businesses. A second urgency is finding a new bilateral regime to ensure free flow of data between the EU and the USA that is in compliance with the Schrems II decision of the European Court of Justice. Third, European businesses would very much like to see the USA lift the veto on the appointment of the next Director General World Trade Organisation (WTO) as well as lift its de facto blockade of the WTO Appellate Body as soon as possible. Fourth, the new US administration should definitively eliminate the threat of Section 232 tariffs and/or quotas on imports of cars.

Important question marks concern the medium-term agenda: Mr. Trump used his first term to shock the system and expose the weaknesses and anachronisms of the multilateral trade system, and it is yet unclear whether the second term would be used to set new ground at last. Dismantling is easier than rebuilding. We continue to hope the USA will gradually shift from a belligerent rhetoric against China towards working with Europe in concrete ways to tackle unfair trade practices by China. This would be far more effective than unilateral and uncoordinated approaches that have unintended consequences for European and US companies.

We also know what not to expect, for example even with a Democratic administration it would be unlikely that the additional tariffs (on steel, aluminium, and other products) would be scrapped immediately, or that Buy America provisions would not be a part of the US Recovery Plan. However, with Mr. Biden President, the EU would stand more chances to be restored in its position as a key US ally early on, and Washington would likely be more willing to coordinate and define common positions with Brussels on issues like global distortions, China, WTO reform, climate, and taxation.

Whoever wins we are still hopeful that we can work together on a positive transatlantic agenda! 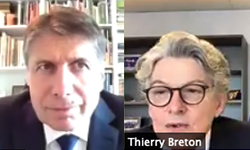 “In a world that is increasingly characterised by a difficult international business environment and ongoing trade conflicts, the EU-Japan Economic Partnership Agreement (EPA) stands out as a shining example of the benefits of free and rules-based trade”, said Markus J. Beyrer, Director General of BusinessEurope at the 22nd EU-Japan Business Roundtable on 5 November. He highlighted that bilateral trade increased by more than 6% year on year since the agreement entered into force. “The EU-Japan EPA is an exceptional agreement that is broadly promoted, the benefits of which we see here today. And there is still more that the agreement can deliver”, Beyrer continued. Regulatory cooperation, he stated, particularly in the digital economy, has the ability to support technological innovation across the first and fourth largest economies in the world. “It will help us develop important standards for tomorrow’s economy which makes our EPA a living agreement that continues to deliver for companies and citizens alike”, Beyrer concluded. 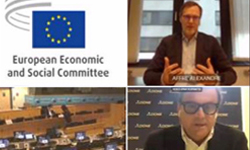 The planned update of the European Commission’s industrial strategy should take into account the impact of COVID-19 on European companies and on investment capacity. It should address key issues such as the need for both short and long-term financing, underpin the Green Deal with a credible business plan and support the digital transformation. This was the core message of BusinessEurope’s Deputy Director General Alexandre Affre during the online conference “New challenges and opportunities for EU industry during COVID-19 crisis”, on 30 October. The event was jointly organised by the European Economic and Social Committee (EESC) and the European Parliament and featured the presence, among others, of MEP Carlo Calenda, rapporteur on "A new long-term strategy”, EESC Opinion rapporteur Mihai Ivaşcu and European Commission Deputy Director-General Hubert Gambs, responsible for Internal Market, Industry, Entrepreneurship and SMEs. “The single market and industrial strategy go hand in hand and the EU should resist inward-looking policies. A well-balanced debate about technological sovereignty can help Europe strengthen its industrial and technological capacities, while remaining open for trade and investment”, Affre added. 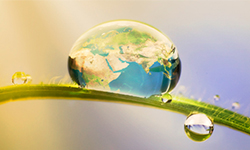 BusinessEurope recently submitted its inputs to the European Commission’s public consultation on carbon border adjustments (CBAs). Though we do not take a specific position in favor or against the CBA, we believe that any CBA should complement rather than replace the existing carbon leakage measures of the EU Emissions Trading System (EU ETS), such as free allowances. In contrast to what is sometimes claimed, the existing free allowances system next to a CBA would not necessarily amount to double protection. In some CBA designs, if importers can demonstrate with verified data that their imports are at least as efficient as the best in class, they can avoid a CBA charge. This would be the equivalent for importers to receiving free allowances. To avoid new market distortions between EU producers and importers, the existing system of free allowances should then also be maintained for EU producers. Naturally, each CBA design should also be compliant with the World Trade Organisation (WTO).