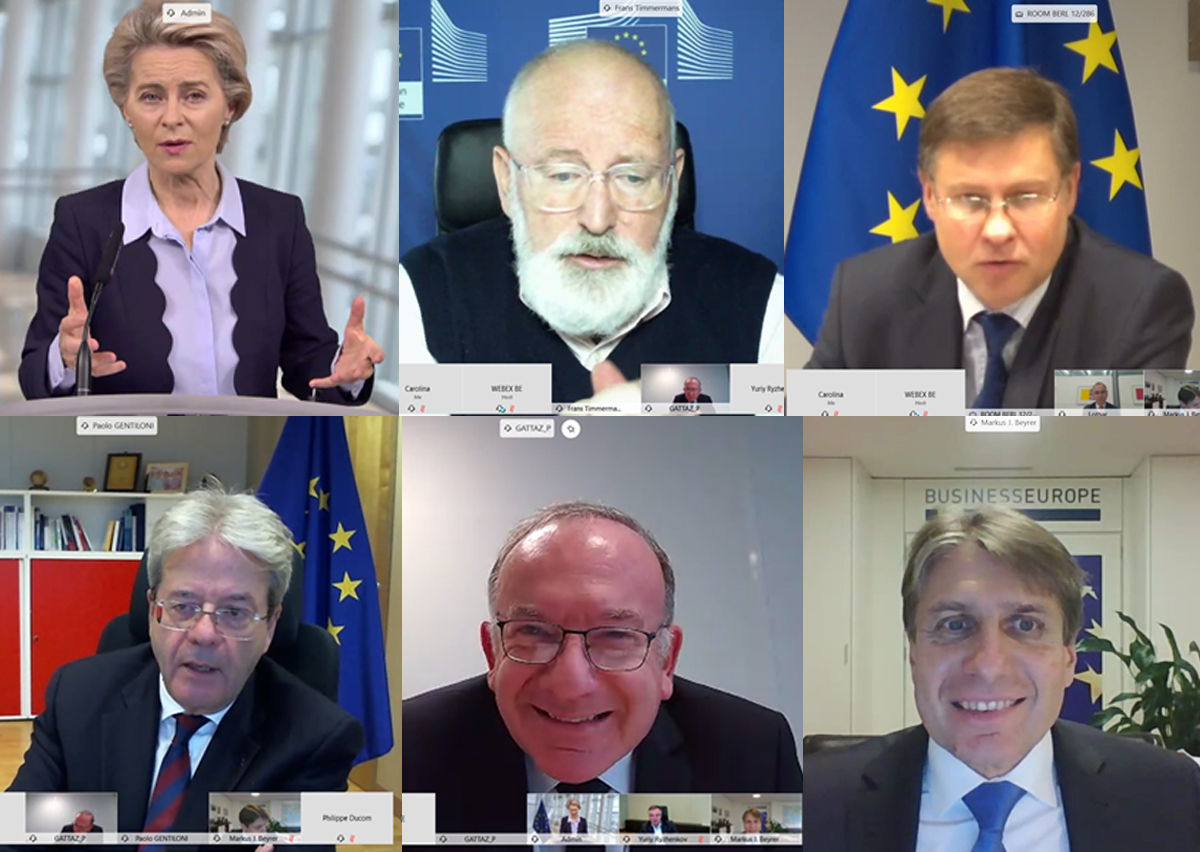 Board of directors’ duties (including due diligence) in the European Union: the present and the future 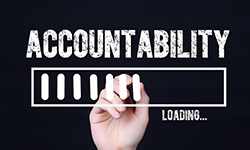 Boards of directors have a duty to act in the interest of the company as a whole. While each individual company serves its own corporate purpose, there is an ongoing discussion on whether the “interest of the company” should include (in a legally binding way) stakeholders’ and wider societal interests. For some time, this has been a pressing topic within Corporate Governance and the debate has progressively sharpened its focus upon enhancing corporate responsibility together with director’s accountability. Throughout Europe, we are witnessing changes to company law/corporate governance in Member States also to reorganise/expand directors’ duties and responsibilities or to introduce due diligence for companies of a certain dimension. In 2017, France passed its duty of vigilance plan (mandatory due diligence) and in 2019 the PACTE law amended the French Civil Code in order for companies to consider social and environmental issues in their company purpose. The Netherlands adopted a legislative initiative (not yet in effect) to fight Child Labour in supply chains and in November, Swiss citizens will be prompted to decide in a referendum whether a company duty of care (paired with liability for failure to act) should be enshrined in the Swiss Constitution.

Corporate Responsibility is not a new agenda in EU. For the past 15 years (green paper on CSR), the EU has been pursuing the goal of putting sustainable development at the heart of its policies. The recent commitment from the European Commission comes under the framework of the European Green Deal. It has recently published a comprehensive study on directors’ duties that points to a dire situation in the European corporate world that seems predominantly focused on the short term. These findings are energising the Commission and European Parliament (currently working on two initiative reports on these issues) towards regulation although criticism has poured in the last months from academia and beyond around the methodology and conclusions of the study.

A public consultation has been published (running until February 2021) to ask stakeholders' input on potential legislative measures which have been announced for Q2 2021 in next year’s Commission Work Programme.

Envisaged EU action will likely entail a package proposal harmonising directors’ duties (and means to enforce them) across Europe and be paired with a due diligence framework with a wide material (including environment) and personal (all limited liability companies) scope.  Such proposals raise fundamental questions and concerns from business associations and the majority of companies. Which costs will such regulatory shift entail? Which effects will it have to the competitiveness of European companies, of which a major part are small companies? Will smaller companies be targeted by the full extent of a European duty of diligence? How will directors be able to conciliate (legally imposed) objectives in the long term with pressure from activist shareholders (a growing phenomenon in EU listed companies)?  How will the EU action affect or worsen the already negative trend of delisting (from the stock markets) in the EU which the capital markets union action plan is trying to invert? How will these initiatives amper the capacity and willingness of board members to take risks, so necessary for keep companies innovating and growing? How to ensure a true level playing field avoiding unwanted legal fragmentation?

Going forward, it is essential that EU level action takes into account the limits of what companies and their boards can do (role of managing expectations) and be backed up by a robust impact assessment. It should also not mix the roles of companies and states by transferring the traditional responsibilities of the latter to the former. A fitness check of corporate governance rules across Europe could provide the needed clarity and point to the most effective measures around directors’ duties/liabilities, whether binding, non-binding, or a mix of both. It is also important to note that at a time where value chains are heavily disrupted due to the COVID-19 crisis, introducing a new layer of legislation in the near future could make it harder for companies to effectively secure, redesign or be able to rebuild essential supply chains in the recovery phase.

These considerations and questions have been discussed on the occasion of the joint BusinessEurope ecoDa EuropeanIssuers event Corporate Governance for sustainable and competitive European companies organised on 28 October, which gathered more than 300 participants including MEPs and representatives of the European Commission. 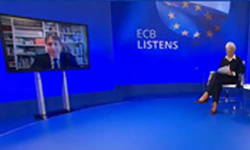 European companies need stable prices to support investment. The European Central Bank (ECB) must use its strategic review to further strengthen its monetary policy toolkit and support price stability. This was the main message from BusinessEurope’s Director General Markus J. Beyrer at the “ECB Listens event” on October 21. The online event brought together the ECB leadership and selected civil society organisations, as part of  the ECB's outreach to inform on their comprehensive Strategic Review. Beyrer also stressed that whilst BusinessEurope supports the Green Deal, as a non-political institution the ECB must remain committed to the principle of market neutrality, rather than begin setting its own political priorities, such as prioritising the purchase of 'green' assets over other types of assets. 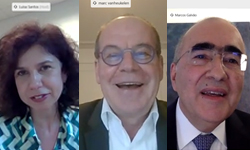 On 22 October the second edition of BusinessEurope Trade and Climate online Apéro event had the pleasure to host Marcos Bezerra Abbot Galvão, Brazilian Ambassador to the EU, and Marc Vanheukelen, EU Climate Envoy and Former EU Ambassador to the WTO. The discussion focused on the various bilateral tools and initiatives that the EU has at hand to create synergies between trade and climate objectives. The participants exchanged views on the EU’s agenda on Free Trade Agreements, in particular the EU-Mercosur agreement, and to which degree they could be used to create leverage and incentivise trading partners to match the EU’s ambition to protect our climate and environment.

In the third Trade and Climate Apéro that will take place on 24 November, we will have the opportunity to discuss the EU's unilateral policy agenda, including the adoption of a carbon border adjustment mechanism. For this edition we are looking forward to hosting Gerassimos Thomas, Director General of European Commission’s Directorate-General for Taxation and Customs Union (DG TAXUD) and MEP Adam Jarubas (EPP). This series of events is a follow up on BusinessEurope’s position paper “What trade can do for climate” published in June 2020.

EU-Japan-USA must cooperate more and better 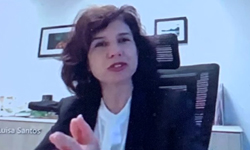 Speaking at the 57th Japan-US Business Conference on 27 October, Deputy Director General of BusinessEurope Luisa Santos pointed out that there is a strong case for the EU, Japan and the USA to work together and address some of the key challenges that our companies are facing today. We have witnessed in the last years an increase in unilateral trade measures that create legal uncertainty for companies and put in question the rules-based trading system. We need to bring back trust in the multilateral trading system by reforming the World Trade Organisation (WTO) and developing new rules that are fit for today’s trade and investment reality.  “The trilateral discussions between the EU, Japan and the USA on industrial subsidies are a very good example of how we can work together and bring back trust in the multilateral trading system. Now it’s time for these discussions to produce concrete proposals that can be submitted for negotiation to rest of the WTO members”, she said. Digital trade and trade and climate are other areas where the EU, Japan and the USA should be cooperating more and better. Santos highlighted that there are ongoing negotiations in the WTO for an e-commerce agreement that hopefully will lead to new rules in this fast growing area. “The EU, Japan and the USA should work together to build consensus around some of the most sensitive issues like the flow of personal data and privacy. This will be key if we want to achieve an agreement in the months ahead”, she said. Finally, on Trade and Climate, Santos pointed out that trade can and should support climate action: “This is key to ensure that citizens continue to support trade agreements but it is also important to maintain a level playing field for our companies.”