Priorities for a positive transatlantic agenda 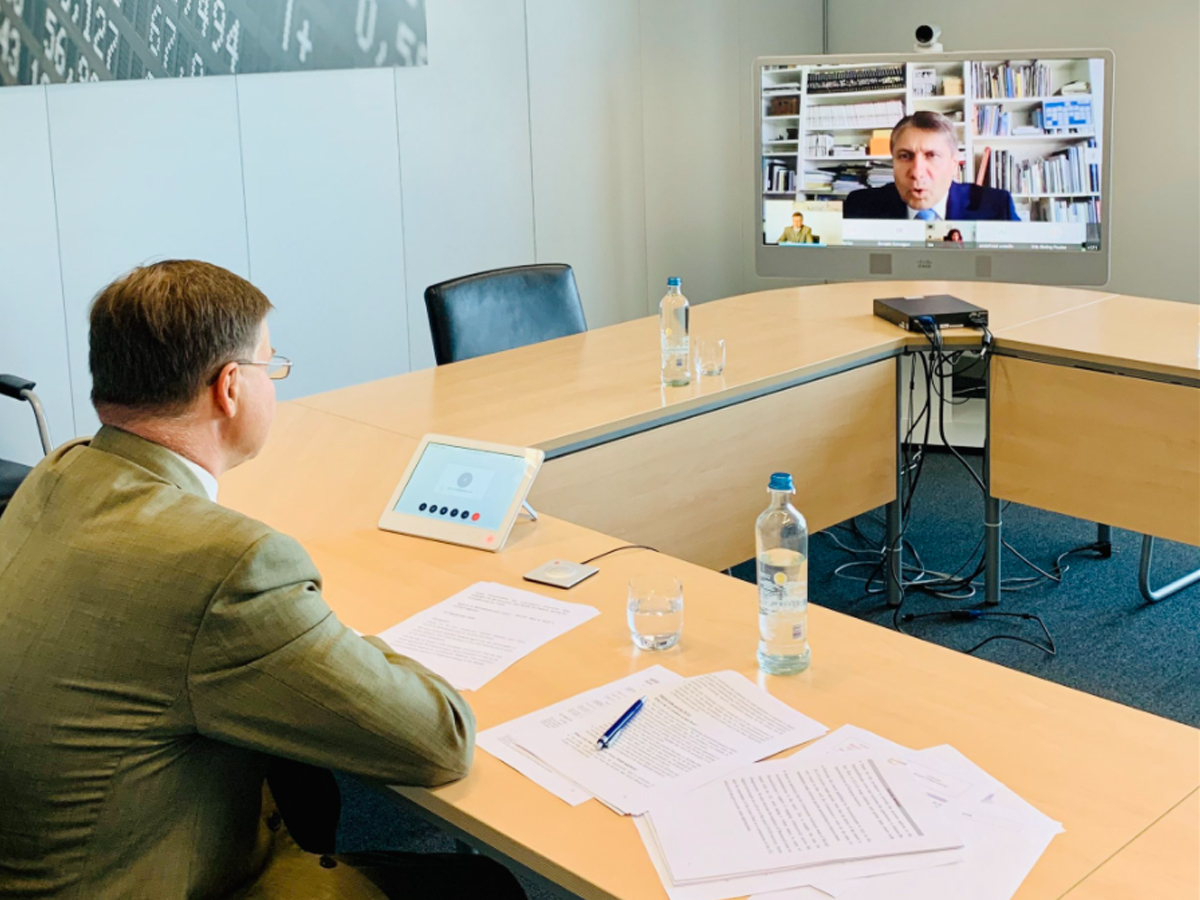 BusinessEurope on 14 September organised the webinar “EU and USA: how to build a positive agenda”, with Director General Markus J. Beyrer and European Commission Executive Vice-President Valdis Dombrovskis. “Over the past few years, we have witnessed an evolution in the transatlantic partnership. While the economic ties are as strong as ever, the two sides need to rekindle cooperation and renew the strategic alliance”, said Beyrer. The upcoming elections in the USA, he added, offer a great opportunity to start afresh, regardless of the political colour of the new Administration. “We need to focus on a positive narrative, find common ground and solve disputes that divert our attention from the real problems as a matter of high priority”, Beyrer concluded.

What can trade do for climate?

Making EU's trade greener? Mauro Petriccione, Director General of DG Clima at the European Commission, shares some ideas in reaction to our recent paper "What trade can do for climate".

How to build a better Europe? 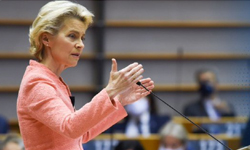 Reacting to the first speech on the State of the Union by European Commission President Ursula von der Leyen on 16 September, BusinessEurope welcomed her strong commitment to making Europe better, more competitive and able to lead, but urged the Commission to focus much more on the “how” to achieve these goals. “All the Commission actions during the next year must focus on how to make sure that the financial package, agreed in July to recover from the COVID-19 crisis reaches companies and workers rapidly, is invested in the right projects and is flanked by the necessary reforms to generate the growth necessary to recover from today’s crisis, repay EU debt and to make the life of future generations better”, said BusinessEurope Director General Markus J. Beyrer said. Read our full comment.

2030 climate target must be aligned with strong EU industry strategy 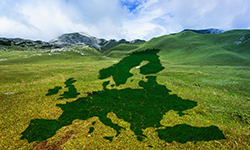 On 16 September the European Commission revealed its new plan to reduce greenhouse gas emissions by 2030 by at least 55% compared to 1990, substantially increasing its initial 40% target. The Commission also plans to reflect this new ambition in its proposal for the European Climate Law. Last year, BusinessEurope presented its energy and climate strategy, laying out five crucial framework conditions and related actions on how to reach climate neutrality. More than the target itself, the “how” questions must be at the centre of debate. How do we mobilise the necessary investments for the development and deployment of green technologies? How can we ensure enough cheap green energy for our heavy industries and transport? How do we assure a global level playing field? Read our full comment.

Getting harmonised standards back on track 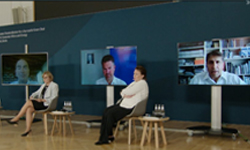 On 16 September, Director General Markus J. Beyrer intervened in a panel discussion organised by the German Presidency of the Council of the European Union on current challenges for European standardisation. “The European Commission is our key partner in building and upholding the Single Market. But in this case we see that Commission intervention leaves too little room for market relevance of the standards, which reduces company incentives to participate”, Beyrer said. He stressed that harmonised standardisation needs to be put back on track, and that we should create a positive standardisation environment for companies. Harmonised standards are key tools to support the green and digital transitions, as they help companies meet market needs while at the same time facilitating compliance with EU legislation.

How to support Europe’s climate ambition with key trading partners 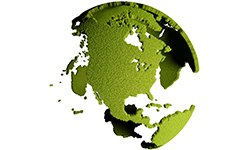 Trade can support Europe’s climate ambition while promoting a level playing field internationally. However, to be effective we need to work on several fronts simultaneously, the multilateral/plurilateral, bilateral and unilateral fronts, as stated in BusinessEurope position paper “What Trade can do for Climate”. In the bilateral area, trade agreements are key to boost new trade and investment opportunities for European business while promoting climate action.  “In our endeavours to convince major trading partners to increase their efforts to address climate change, the EU should pay a special attention to neighbouring countries like Turkey. The existing EU-Turkey Customs Union agreement needs revision in many areas including in what concerns sustainability and climate change“, said Luisa Santos, Deputy Director General at BusinessEurope in the webinar organised by the Turkish Industry and Business Association (Tüsiad) “The impact of the EU Green Deal on Turkey “, on 11 September. “Although political conditions might be challenging for the moment, the objective should remain to achieve an alignment as close as possible between EU and Turkey’s legal framework in important areas like climate change. This is essential to safeguard existing supply chains and promote a level playing field”, Santos added. 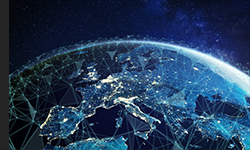 “The concept of technological sovereignty is increasingly used for defining Europe’s external and domestic policies, but a common understanding of what it means is still missing”, stated Alexandre Affre, Deputy Director General of BusinessEurope, at the Council Working Party on Competitiveness on 11 September. Affre explained that while Europe needs to become more strategic, the challenges ahead must be addressed in a proactive “European” way. This can be reached through the strengthening of technological capacities while maintaining an ambitious trade agenda that aims to open new markets for European companies. An approach that reflects the inward-looking side of the concept, such as the establishment of trade barriers or forced establishment of uncompetitive national providers, will hugely affect European competitiveness in the long run. 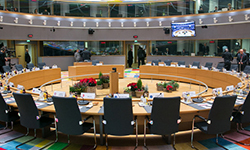 On 18 September the EU Competitiveness Council will discuss the recovery and resilience of the EU economy in the midst of yet another stage of the non-retreating pandemic, putting the Single Market centre-stage. This timely discussion by EU ministers is taking place just after Wednesday’s State of the Union address by European Commission President von der Leyen, who made the point: “The Single Market is all about opportunity - for a consumer to get value for money, a company to sell anywhere in Europe and for industry to drive its global competitiveness.” BusinessEurope sends its letter to the EU Competitiveness Council ministers, with key messages and concrete proposals for action, supporting this approach. We support the approach that the twin green and digital transitions can only be successfully delivered if Europe fully uses the opportunity, President von der Leyen referred to, which should be consistently backed by concrete actions across the board, be it digital, industry, services, social or other policies.

Why we need an EU-Mercosur trade agreement

On 14 September, BusinessEurope’s Senior Adviser Eleonora Catella participated in the hearing organised by the Parliament of the German-speaking Community of Belgium on the occasion of the discussion of a resolution concerning the EU-Mercosur trade agreement. “The deal offers tremendous opportunities to both Parties and it is crucially important not only for strategic and economic reasons, but also from a sustainability perspective”, she said. Mercosur is a huge economy currently highly protected by tariff peaks up to 35% and where European companies, especially small ones, face great obstacles due to fragmentary and opaque rules. The agreement would open up opportunities that are urgently needed as our economies try and recover after the shocks created by the Covid-19 pandemic. The deal would also give a unique leverage to the European Union to make Mercosur countries live up to their commitments on labour and environmental rights, including on the Paris Agreement on climate change. 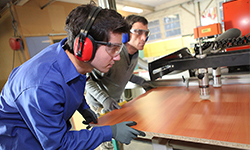 It is important that EU level cooperation on Vocational Education and Training (VET) further supports the timely and effective updating of training curricula and strengthens the role that VET plays in supporting innovation in companies, both in terms of product development and service delivery, and the skills and competences that workers need to foster this. This was a key message given by Barbara Dorn, Director of Education and Training at the Confederation of German Employers' Associations (BDA), on behalf of BusinessEurope during the informal meeting of education ministers that took place in Osnabruck on 16-17 September. Structured EU level VET cooperation involving member states and social partners has facilitated exchanges of best practice and information and helped to identify and channel support at the European and national level to the reform of VET systems. This includes the better alignment of VET with labour market needs. The Osnabruck meeting, which gathered ministers from the EU27 plus representatives of the European social partners, discussed, among other things, the priorities for EU level VET cooperation up to 2025. 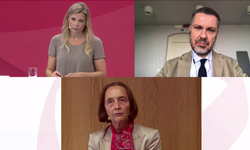