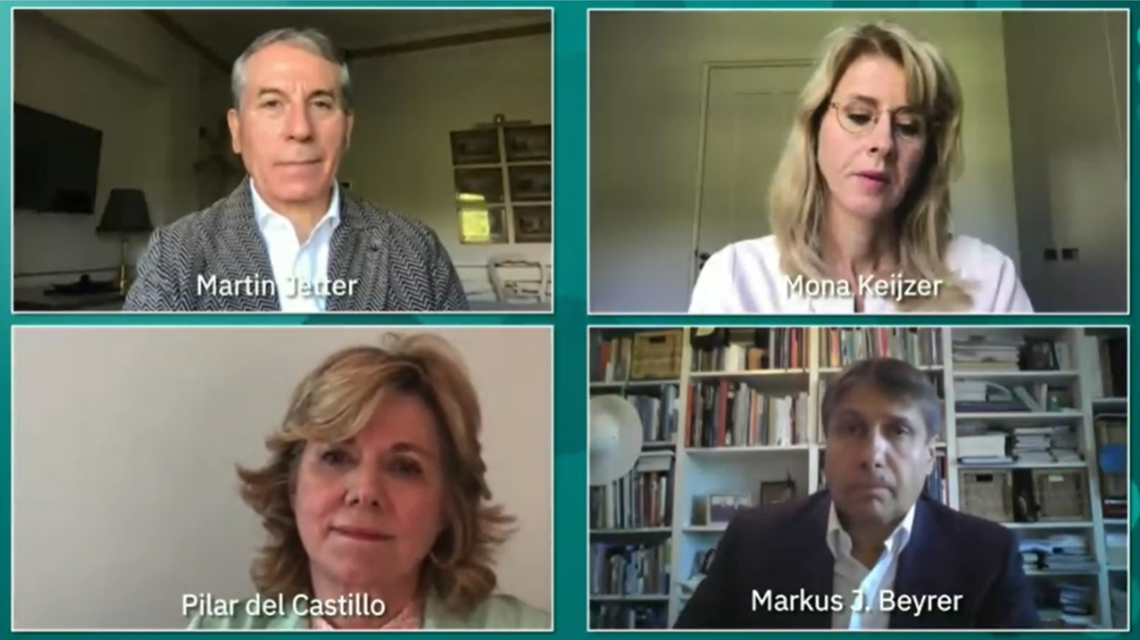 BusinessEurope Director General Markus J. Beyrer on 2 September exchanged views on the economic recovery measures at the “IBM Policy Lab: the Economic Recovery Plan for Europe”, together with Martin Jetter, Chaiman of IBM Europe, Mona Keijzer, State Secretary for Economic Affairs and Climate Policy of the Netherlands, and Pilar del Castillo, Member of the European Parliament. The ongoing crisis continues to demonstrate how vital digitalisation is to keep our economy and societies functioning as best as possible. Technology continues to enable citizens to stay in-touch, work, study, shop and reach public services at distance, and it can lead the way out of the crisis but it needs the right framework, the panellists agreed. Beyrer stressed that building the digital capacity is what we need for Europe’s prosperity and unleashing the data economy. The EU Recovery Plan financial support needs to be well used but there are additional key elements necessary for our success. “Europe needs to remain open to the world”, he said, stressing the need to resist protectionist trends. “The link of digitalisation efforts to the industrial eco-systems and strategic value chains needs to be ensured”, Beyrer added, “and a strong push for the Single Market is still missing”.

It's time to rekindle the transatlantic partnership

Regardless of the outcome of the upcoming US elections, we must address common challenges at a time when globalisation and health and economic crisis are threatening companies and citizens alike. Watch our Director General Markus J. Beyrer talk about this.

More European sovereignty in the area of sanctions

By Jasmin Ploner and Sofia Bournou, Adviser and Senior Adviser for International Relations 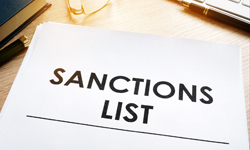 Sanctions are currently prominently featured in European and international politics and vividly discussed among policymakers, companies and the wider public. Sanctions are foreign policy instruments primarily and, as such, the European business community supports the European Union’s use of sanctions against parties that breach international law, pose fundamental threats to peace and stability, or don’t respect human rights. Recently, however, the independence of the EU’s sanctions action has been increasingly debated due to the extraterritorial impact of third-country’s sanctions’ regimes that put European companies operating in accordance with European sanctions law in a legal conflict with foreign sanctions laws. We are namely referring to problems that occur due to the extraterritorial outreach of the United States’ jurisdiction in the area of sanctions. Two recent examples are the US decision to lift the suspension on certain clauses of the Helms-Burton Act in 2019 that target Cuba, and the reintroduction of economic sanctions against Iran after the US withdrawal from the Joint and Comprehensive Plan of Action (JCPOA) in 2018.

In light of these developments, we welcome a more assertive approach by the EU to protect European businesses’ right to conduct operations with foreign partners while fully respecting EU law. Businesses must not be put between a rock and a hard place when having to decide which jurisdiction they should comply with in order not to lose access to an extremely important market like the USA. This is particularly true as in recent occasions, economic interests seem to be the main objective behind the implementation of sanctions against countries in which European companies have important economic interests.

To contribute to the current debate, BusinessEurope has recently published its recommendations on how the EU’s economic diplomacy independence can be strengthened regarding sanctions. We identify five key areas for action: 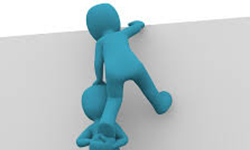 The European Commission on 10 March 2020 published its report “Identifying and addressing barriers to the Single Market”, as part of the spring Single Market package. BusinessEurope responded by its position paper of 10 June 2020, broadly supporting the analysis, however noting that the spring package was only a part of the answer and there is a need for additional concrete actions to remove barriers that harm both businesses and consumers.

The political narrative about the necessity to remove Single Market barriers in various sets of the European Council conclusions or other policy documents reads nice. Often spiced up by extensive exchanges among Member States and the European Parliament as well as the Commission about “un/necessary” or “un/justified” barriers, it may even become entertaining. For businesses operating in the Single Market, a barrier is a barrier, and it cannot bear any positive connotation, whatever adjective added. It complicates or even prevents business growth and job creation. While we need to address various societal issues or unexpected challenges across the EU, like it is today with the Covid-19 crisis for example, we should agree on common principles and rules to play by without blocking the potential of the Single Market for its businesses and consumers.

In its Communication on a long term action plan for better implementation and enforcement of Single Market rules, the European Commission makes the point: “Trade within the Single Market accounts for 56 million European jobs and the estimated economic benefits range between 8% and 9% of EU GDP. It is estimated that further improvements of the Single Market for manufactured products could generate between 183 and 269 billion euros annually, while further integration of the services markets could amount to gains of 297 billion euros per year. These increases alone could raise the economic benefits from 8-9% to around 12% of additional GDP.”

Recovery from the present crisis, the twin green and digital transitions can only be successfully delivered if Europe benefits from all this potential that the Single Market offers. To support the political narrative on removal of Single Market barriers, the EU should urgently take concrete decisions. To facilitate informed decision-making, tangible examples of the barriers businesses and citizens face in the Single Market are key. BusinessEurope continues building up the evidence and has prepared a series of short papers showcasing practical problems on the ground. The papers come as a package or can also be used individually in policy discussions with different interlocutors, as they illustrate barriers and suggest solutions across a wide range of different policy areas: from free movement of goods and services to company law, social policy coordination or transport (see here). The papers supplement the work done by the European Commission in analysing the “root causes” of barriers and are structured around two categories:

- barriers emerging under the existing EU legislation, due to its complexity, inconsistencies, uneven interpretation and application by Member States, etc.

- barriers emerging in the absence of EU legislation, where an additional harmonised framework might be necessary.

The examples are not an exhaustive list and BusinessEurope will continue working on additional cases in the future. Some of the solutions you will find could be the “low-hanging fruits” to agree very quickly and help the recovery. 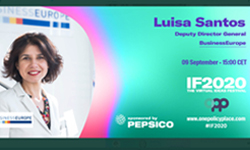 “Business depends on the stability and predictability of WTO rules as 164 countries around the world are bound by them. However, these rules risk becoming a paper tiger if they are no longer adjusted to today’s trade reality and if their enforceability is at risk”, said Deputy Director General Luisa Santos, in a panel debate on the reform of the World Trade Organisation during the One Policy Place Virtual Ideas Festival, on 9 September. Trading rules, she added, need to take into account the increasing importance of services, including digital services, and they must also reflect the increasing demand to address sustainability and in particular climate change.  “A successful WTO reform must tackle the shifting economic and trading power among WTO members including finding an acceptable solution for the special and differential status. Only this way you can re-install trust in the system and ensure that all members are equally committed to achieve meaningful results”, Santos concluded.

Research and innovation: the potential of regulatory sandboxes 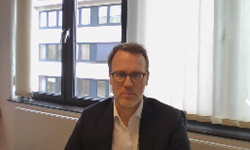 “Regulation design is extremely important for companies and can be a decisive lever for stimulating investments in research and innovation and ultimately to deliver on policy objectives”, stated Alexandre Affre, Deputy Director General of BusinessEurope, at the Council Working Party on Better Regulation on 9 September. Contributing to the Council’s discussions on experimentation clauses and regulatory sandboxes, Affre explained that real-life experimentation is key to business’ innovation and that regulatory sandboxes provide an incentive for companies to develop their projects in Europe. According to the study commissioned by BusinessEurope, a regulatory sandbox is a framework that facilitates the testing of innovations in a defined timeframe under the regulatory supervision of the respective public authority. 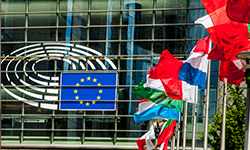 "The EU's Next Generation Recovery Instrument provides a once in a generation opportunity to boost EU competitiveness; linking Member States' expenditures to the EU Semester can help ensure the money is well spent". This was the key message of BusinessEurope's Economics Director, James Watson, at a European Parliament seminar hosted by MEP Eniko Gyori on 8 September. Drawing on figures from BusinessEurope's annual Reform Barometer, James noted that implementation of the EU's country specific reform recommendations has consistently been poor, with only 13% of such recommendations satisfactorily implemented in 2019, according to our member federations. With the crisis weakening public finances and threatening to increase long-term unemployment levels, there needs to be a new impetus towards growth enhancing structural reforms, including ensuring any EU funds are well spent and contribute to investment and reform.

Brexit: get ready for the end of the transition period 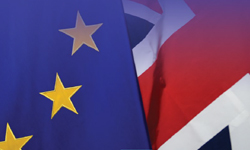 The European Commission published the guide for business “Brexit: how to get ready for the end of the transition period” to inform on the major changes in taxation and customs for companies doing business with the UK from 1 January 2021, when the transition period ends. For instance, companies will need to comply with additional formalities if importing or exporting goods to/from the UK and there will also be significant changes in VAT. These changes apply even if the EU and the UK reach a free trade agreement. BusinessEurope will continue to provide members with the relevant information on preparedness issued by the EU Commission and the UK Government. More information here. 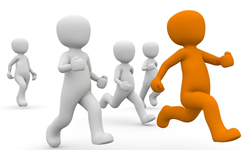 BusinessEurope expressed concerns about the proposals for a new competition tool on which the European Commission is consulting stakeholders. The introduction of a new competition tool, even with a limited scope, would drastically alter the existing enforcement framework, extending already powerful enforcement tools, which the Commission has at its disposal. This could create significant legal uncertainty, lead to increased administrative burdens and costs to deal with investigations and decrease investment and innovation. Read our position paper on this.

The impact of the rule of law on economic growth 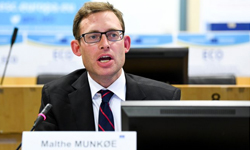 "Political institutions, such as the rule of law, affect the ability of countries to attract domestic and foreign investments, which must be appreciated when evaluating Europe’s investment climate", said Senior Advisor Malthe Munkøe in his presentation at a public hearing on “The Rule of law and its Impact on Economic Growth”, organised by the European Commission’s European Economic and Social Committee on 8 September.  He pointed out that in order to thrive, businesses need predictable rules, a level playing field and certainty that investments they make will be protected.