Brexit – now we must focus on the future 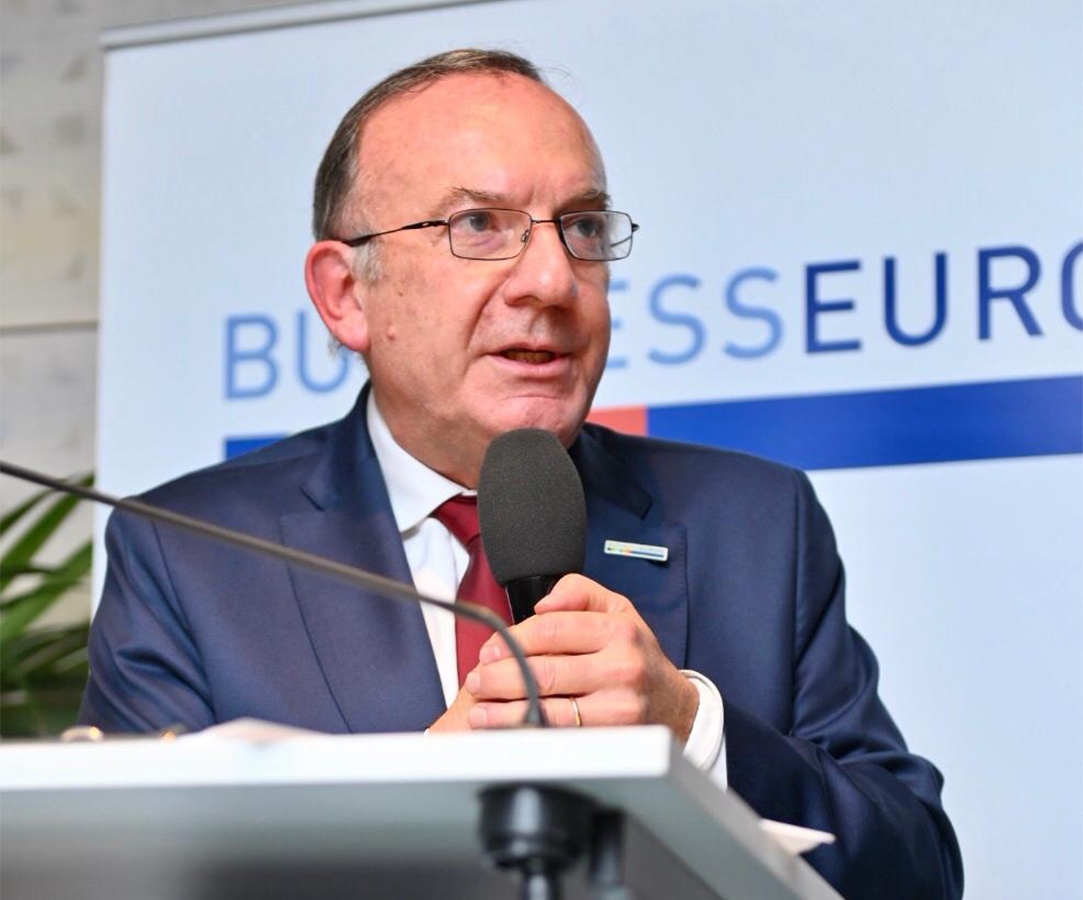 The UK leaves the EU today, ending a withdrawal process that lasted more than three years. "We regret that the UK will no longer be a member of the EU but we respect the decision of the British people. Now we must focus on the future", said BusinessEurope President Pierre Gattaz. He pointed out that business is far from having any certainty on the future EU-UK relationship and the spectre of a ‘cliff edge’ is not yet off the table. Therefore, we need to move quickly to avoid this outcome and ensure a smooth transition to the future EU-UK relation with a clear and stable framework that gives confidence to citizens and businesses.

On 1 February, the UK will enter the so-called transition period, during which little will change in its economic relations with the EU. As this period will expire on 31 December 2020, only 11 months remain for both sides to negotiate and implement a deal on the future relationship. BusinessEurope Director General Markus J. Beyrer highlighted that the future EU-UK relation will have a strong impact on businesses and we expect to be closely engaged in the negotiation process. "We want a comprehensive and ambitious EU-UK agreement but we are aware there is limited time to achieve it", he stated. The transition period, he added, needs to be used as efficiently as possible in order to finalise, ratify and implement the agreement on EU-UK future relations. "Brexit will not diminish the importance of EU-UK relations and we call on negotiators to work towards a comprehensive deal that will enable the EU and the UK to tackle together the many common future challenges”, Beyrer said. To contribute to the debate around the future relationship between the EU and the UK, BusinessEurope will publish a dedicated position paper shortly.

In the EU, only 66,5% of women work in comparison to 78% of men. Watch this video on gender equality to know why this is currently the case and what the business community recommends to change this scenario.

How to increase women’s participation in the labour market 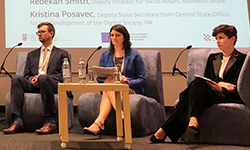 Speaking at a conference on women’s participation in the labour market on 30 January in Zagreb, Rebekah Smith, Deputy Director for Social Affairs, underlined the benefits of women’s employment. She pointed out that strengthening gender equality is essential to build EU societies that are sustainable, inclusive and competitive. In order to allow women to have the same opportunities as men to work and develop, she emphasized the need of affordable and accessible care facilities, especially for children, as well as the imperative to fight against gender segregation and stereotypes. Smith also presented BusinessEurope’s new position paper, which states companies’ views on key issues to strengthen gender equality in Europe. 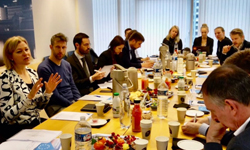 BusinessEurope and other SME stakeholders met with the Member of the European Parliament (MEP) Henna Virkkunen and a representative from the European Commission to exchange views on the upcoming SME strategy, planned to be published in March. During a roundtable breakfast organised on 23 January by the Federation of Finnish Enterprises in Brussels, the group focused on policy areas which are the most relevant to SMEs, such as better regulation, EU Single Market, sustainability, digital transformation and access to finance. For BusinessEurope, a comprehensive and action-oriented strategy is essential to improve the operating environment for SMEs and for the economic and social wellbeing of our societies. The Commission has an opportunity to shape the EU SME policy to bolster the number of vibrant SMEs in the EU and help them fully grasp the opportunities and respond to the challenges brought by a rapidly changing business environment. It is key to have a clear, structured and effective governance, to monitor its concrete implementation both at European and national level and to ensure that all growth-related EU strategies include clear aims in terms of promoting SME growth are also key.

Business concerns on the review of EU Dual-Use Regulation 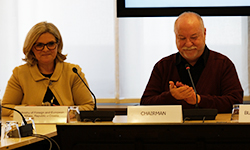 BusinessEurope and six major European sector organisations published on 29 January a joint statement calling for more effective and efficient controls on dual-use items. As the tripartite meetings (trilogues) on the recast of the EU Regulation on Dual-Use Export Controls are entering a critical stage, the European business community calls for an export controls system that strikes the right balance between security and trade objectives and that ensures EU competitiveness.

On the one hand, the joint statement voices several remaining concerns with regard to the ongoing review. The EU should for example refrain from creating an EU autonomous list for cyber-surveillance items as this would mean a diversion from the multilateral export controls regimes. The EU should also avoid adopting new catch-all controls as these controls will not have the desired effect and will hurt EU competitiveness. At the same time, the joint statement also highlights various positive proposals. The introduction of new EU General Export Authorizations (EUGEA) would for example improve the level playing field and the competitiveness of the EU.

BusinessEurope handed the joint statement to Vesna Focht, representative of the Croatian Presidency of the Council of the EU during a meeting of our Export Controls Working Group on 29 January.

Industry statement: we need a new deal for harmonised standards 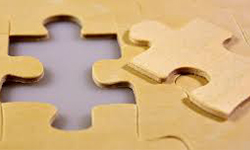 Together with a wide range of other industry stakeholders, BusinessEurope published a statement this week that calls for a “new deal” for harmonised standards. Companies currently face serious governance issues in this area, mainly because the European Commission has claimed additional responsibilities in the standardisation process. This increases the administrative burden and delays access for innovative technologies. A proper functioning of the European system is key for the competitiveness of our industry and to enable Europe’s global leadership in standardisation. Harmonised standards support the free movement of goods in the Single Market while at the same time serving market needs, and thereby help to create a European home market for companies to scale up.