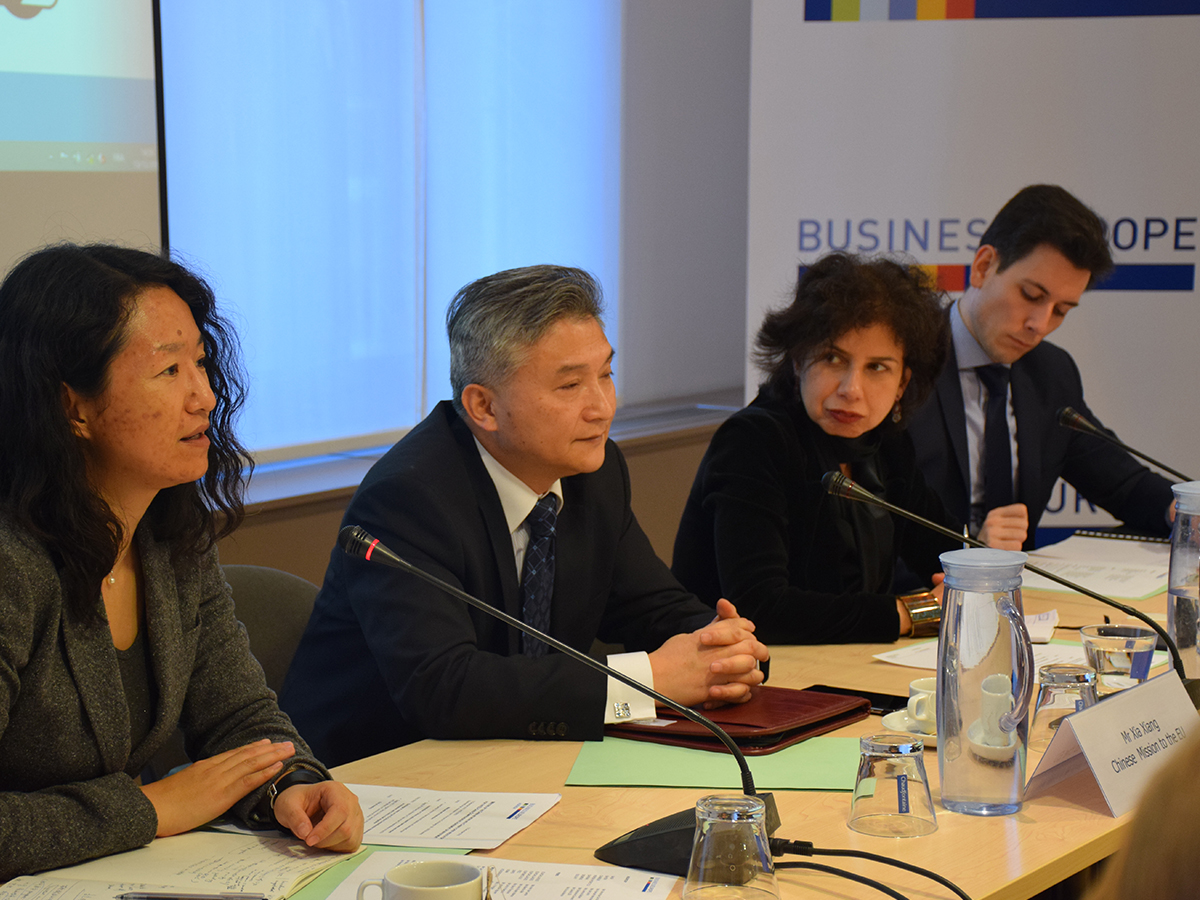 “The best way to improve our economic relationship is by negotiating and concluding an ambitious investment agreement. This would give the right signal to European companies that China’s market is open for business and creates the predictability companies need to make their investment decisions”, said Luisa Santos, Director for International Relations at BusinessEurope, during a roundtable discussion with Li Yongjie, China’s Chief negotiator for the EU-China Comprehensive Agreement on Investment. “The agreement should lead to improved market access, protection of investments, an end to discriminatory treatment, the removal of joint venture requirements and the creation of a narrow, nation-wide ‘negative list’ for foreign investment”, Santos added. The EU and China have had over 20 rounds of negotiation since the launch of negotiations in 2013. The European business community supports the negotiation of an ambitious and comprehensive investment agreement between the EU and China. 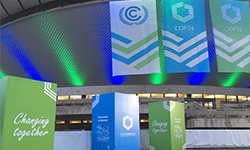 Katowice is an emerging metropolis in the South of Poland, declared in December 2015 by UNESCO as the City of Music for its many local and international music festivals. Exactly 3 years later, the city saw its population grow by about 23,000 visitors from almost 200 countries as it hosted the 24th session of the Conference of the Parties (COP 24). COP24 was considered to be the most important COP since the landmark Paris climate Agreement was brokered in 2015. During that historic COP21, almost all countries for the first time agreed to make significant efforts to keep global temperature rise this century to well below 2 degrees Celsius compared to the start of the industrial era and to pursue efforts to limit the temperature increase even further to 1.5 degrees Celsius. Crucial at COP24 for businesses across Europe and elsewhere was the so-called “Rulebook” that sets out the rules and procedures to implement the Paris Agreement.

To measure is to know: Measuring, reporting, and verifying emissions

The Paris Rulebook can basically be seen as the all-encompassing operating manual of the Paris Agreement: It is a dense technical text explaining the “what, how and when” to reduce global greenhouse gas emissions:

Without it, there is little to assure businesses and others of how governments are going to keep each other accountable for tracking emission reductions, or how they will move ahead in taking ambitious climate actions. And without this accountability and transparency, we cannot ensure that countries comply with their climate targets. At COP24, the two most debated items of the Rulebook were, firstly, to what extend countries should agree on a common set of rules or to differentiate between developed and developing countries, and secondly, to what extend developed countries should help developing countries into mitigating their emissions and adapting to the impacts of future climate change.

Things were looking bleak before COP24 started: the draft Paris Rulebook still stretched over more than 230 pages by mid-October, with almost 3,000 brackets that indicate parts of the text where no agreement was yet found. By Wednesday 12 December, only 2 days before the official end of COP24, negotiations seemed to have ended up in a stalemate with countries showing no appetite to compromise. After almost 3 years of discussions, there was a brief moment of desperation by some who thought that we would be ending up with another COP15, where almost 45,000 delegates in 2009 failed to make any real progress whatsoever.

Luckily, the Polish Presidency managed to take ownership of the negotiations by striking a balance between making progress on the text and managing to please just enough countries when narrowing down the bracketed text. By Saturday evening on 15 December, white smoke emerged from the Presidency’s chimney when it announced a clean text that included a push for a single set of rules for all countries as of 2024, with some flexibility for those “that need it in the light of their capacities”. Those that need it should however explain the reasons for needing such flexibility, how long they need it, and how they will improve over time. Having such a common set of rules was actively pushed for by the EU delegation. On climate finance, countries need to report on the climate finance they provide to others, with an indication to what extend their support to others is new and additional to what they have given before.

One crucial part of the Rulebook where countries could not unanimously agree was on the text related to voluntary carbon market mechanisms under Article 6. There was in particular one country, Brazil, that wanted to water down measures to prevent situations where two countries count the same emission reduction as their own emission reduction (something called double counting). Though it is unfortunate to see the final decision on this part of the text be pushed towards next year’s COP25 in Chile, it is important for businesses in Europe that measures against double counting are taken onboard. Certainty around actual emission reductions is crucial for the many billions of euros in public and private investments in low-carbon technologies that are needed to reach the Paris Agreement’s objectives.

2019 will prove to be a year full of climate-related events. Three of them stand out:

Discussions in Katowice also centered around the so-called “Talanoa Dialogue”, which is the collective exercise by countries to assess the progress made so far and increase ambitions. This started in 2017 (previously the facilitative dialogue) and will need to show if major economies such as the US, China, India, Japan and Canada are able to converge their climate ambitions more with that of Europe’s. There were some encouraging signals that countries like Canada were willing to do so, but now we need to see such willingness be translated into actual commitments. It also means that most major economies have not yet signaled their intention to increase ambitions, which is worrisome as G20 countries alone account for 80% of global emissions. Businesses in Europe are all behind the objectives of the Paris Agreement and will continue to provide zero- and low-carbon solutions to reach them. 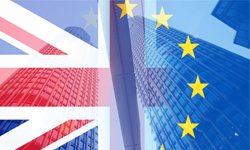 On 19 December the European Commission has adopted a number of contingency measures to prepare the EU in case of “no deal” Brexit. The package includes 14 measures in a limited number of areas where a "no-deal" scenario would create major disruption for citizens and businesses in the EU27. These include, amongst others, financial services, air transport, customs, and climate policy. The measures are exceptional, will be temporary in nature, limited in scope and adopted unilaterally by the EU. These measures will not replace any measures that companies might need to take and they will not have the same coverage or impact as the transition period that is included in the withdrawal agreement. European business will continue to insist that the withdrawal agreement, including the transition period, is the only way possible to ensure a smooth and orderly exit of the UK from the EU. See the measures package.

Intra-EU investments have to be well protected 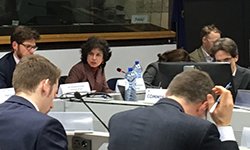 “The issue of intra-EU Bilateral Investment Treaties, the Energy Charter Treaty and the protection they grant to investors cannot been seen in isolation from other initiatives in the context of the EU’s policies on investment, external and internal”, said Luisa Santos, BusinessEurope’s International Relations Director at a workshop organised by the European Commission’s Directorate-General for Financial Stability, Financial Services and Capital Markets Union (DG FISMA) on 17 December. Following the European Court of Justice’s Opinion on the Achmea case, the investor-to-state dispute settlement mechanism included in the intra-EU bilateral investment treaties (intra-EU BITs) is incompatible with EU law. However, there are concerns that the termination of these agreements will reduce the level of protection granted to investments and lead to discriminatory treatment between foreign and EU investors in the Single Market. Although EU law protects investments, this protection is scattered and not codified as in a BIT. Furthermore, more guarantees are required to make sure that national courts hear disputes neutrally and independently. “As we prepare for the termination of the intra-EU BITs, it is essential to ensure that an alternative dispute settlement mechanism that is compatible with EU law is developed. This system has to be efficient, in terms of cost and timing; effective, regarding its procedures and the enforcement of decisions; impartial and transparent”, Santos concluded. 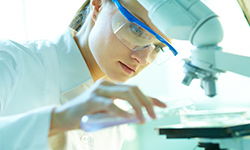 Since 2008, the European Institute of Innovation and Technology (EIT) has contributed to developing the “knowledge triangle”, by upscaling and implementing innovative projects across Europe. Commenting on the future of this institution, BusinessEurope acknowledges the EIT’s key achievements in enhancing the collaboration between “innovators”. However, we think that in five areas the EIT’s potentials may be better exploited to effectively boost the EU innovation ecosystem. In particular, the EIT should address all kinds of companies, become more attractive for industry, promote the EU entrepreneurial culture, aim at further simplification and build synergies with the European Innovation Council (EIC) and the future Horizon Europe programme. 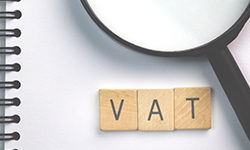 Following the publication of the European Commission’s technical proposal in May 2018, which followed the original proposal of October 2017, on the operation of the definitive VAT-system, BusinessEurope published an updated position paper. The position paper, which was adopted on 14 December, argues that the proposed definitive VAT-system, whereby VAT will be charged on cross-border trade between businesses, will significantly increase compliance costs as businesses will have to be continuously informed about the wide range of different VAT-rates in the different EU Member States. The position paper notes as well that the proposed VAT-model will significantly impact cash-flow and may not reduce overall VAT-fraud.

With our best wishes 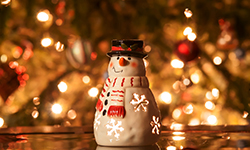 We wish you a Merry Christmas, a festive holiday season and all the best for 2019! Headlines will be back on 17 January.