EU’s post-2020 budget should focus on growth and employment 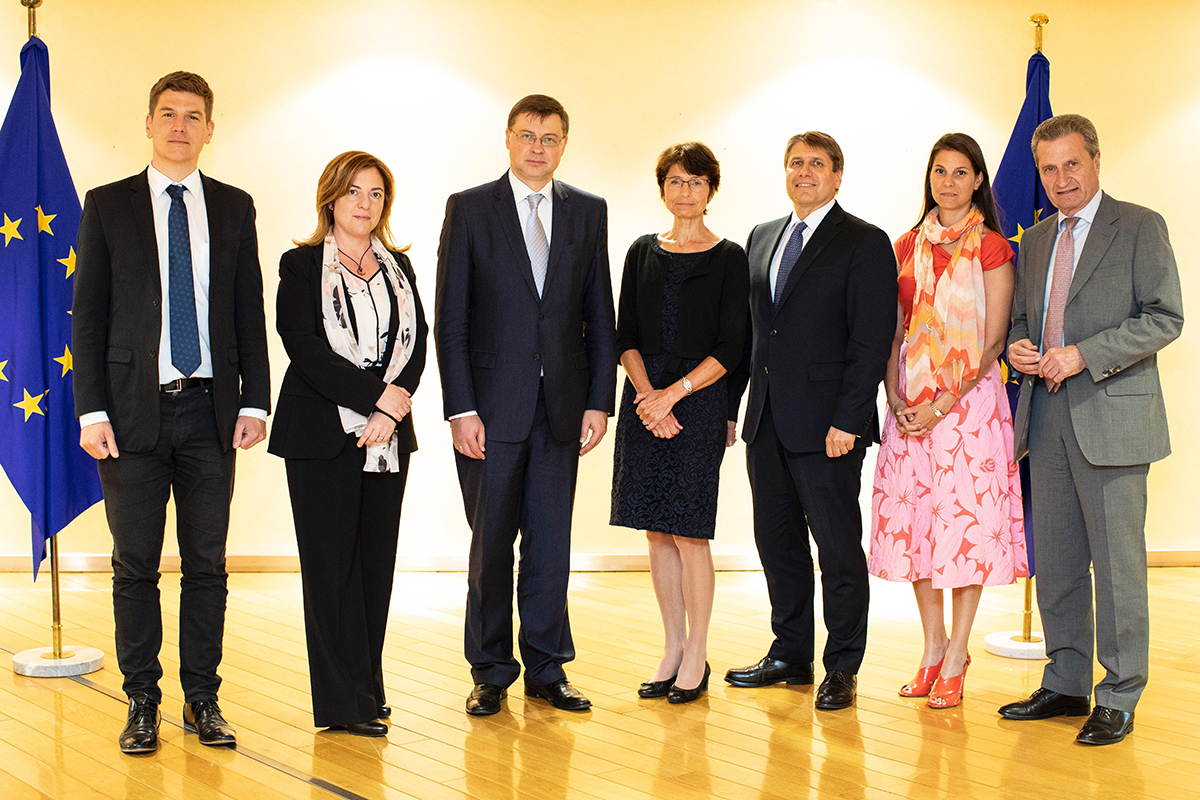 “The focus of the EU budget post-2020 should be on growth and employment-enhancing expenditures as part of a reform-oriented budget supporting the involvement of social partners in the delivery of labour market reforms, notably through an improved European Social Fund.” This was the key message of BusinessEurope Director General Markus J. Beyrer at a meeting with European Commission Vice-President Valdis Dombrovskis, Commissioners Günther Oettinger and Marianne Thyssen, and social partners on the Multiannual Financial Framework (MFF) after 2020. On the same day, Janica Ylikarjula, Chair of BusinessEurope’s MFF Task Force, also presented our initial reactions on the Commission’s 2 May package at a conference of the European Economic and Social Committee, adding that “while business acknowledges the Commission’s increased focus on future-oriented investment in its recent MFF proposal, more ambition is needed to foster EU long-term growth and competitiveness.”

Each November or December, almost 200 countries gather in the Conference of Parties (COPs) to discuss how to combine efforts to limit the negative effects caused by climate change. Arguably the most famous of these COPs was COP21 in Paris in 2015, where parties brokered the historic Paris Agreement. This states that all countries should make significant efforts to keep global temperature rises to well below 2 degrees Celsius compared to the start of the industrial era. Around the months of April and May, these same parties come together in Bonn during the “intersessionals”, which seek to tease out the technicalities of the Paris Agreement.

This year’s intersessional aimed to finalise the Paris “rulebook”, a particularly important document for businesses around the world. It includes the rules and processes needed to achieve the objectives of the Paris Agreement, such as:

Without it, there is little to assure businesses and others of how governments are going to keep each other accountable for tracking emission reductions, or how they will move ahead in taking ambitious climate actions. And without this accountability and transparency, we cannot ensure that countries comply with their climate targets. We cannot prevent that two countries count the same emission reduction as their own emission reduction (something called double counting). All these uncertainties dilute the clarity of the direction governments want to take. Certainty is crucial for the many billions of euros in public and private investments in low-carbon technologies that are needed to reach the Paris Agreement’s objectives.

It was therefore disappointing to see little progress having been made during the last intersessional that ended on 10 May. A second intersessional session, quite rare in the history of the COPs, is now necessary later this year in Bangkok. By 1 August, new versions of the working documents regarding the rulebook need to be ready for this meeting, which means streamlining hundreds of pages of text with positions. Significant political differences remain on a number of issues, and it remains to be seen whether negotiators in Bangkok will be able to iron those out, or whether their ministers and national leaders will be needed at COP24 in Katowice, Poland to resolve them.

As BusinessEurope, we will continue to show our dedication towards European policymakers to have the Paris Agreement implemented across the globe as soon as possible. One example will be the upcoming high level “EU for Talanoa” event on 13 June, where our President Emma Marcegaglia will speak. It is key Europe takes an active role to make sure that the necessary rules and procedures are put in place so we can have others catch up with us.

Improving the application of the mutual recognition principle 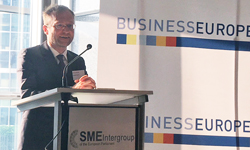 On Wednesday 16 May, BusinessEurope co-hosted an SME intergroup breakfast in the European Parliament on mutual recognition. The breakfast, organised together with Eurochambres (Association of European Chambers of Commerce and Industry) took place in view of the proposal for a new regulation on mutual recognition from the ‘Goods Package’, which is currently being discussed in the European Parliament Committee on Internal Market and Consumer Protection  (IMCO). Martynas Barysas, Director of BusinessEurope’s Internal Market Department, stated: “We know that mutual recognition in practice does not work as it should. Especially SMEs are often unaware of this principle, and companies tend to accept refusals of market access by national authorities rather than to challenge these because such procedures cost money and resources. We therefore support the Commission’s proposal to improve the functioning of the mutual recognition principle and the draft report by MEP Ivan Ṥtefanec, the EP IMCO Rapporteur, which in our view will improve the proposal further.” 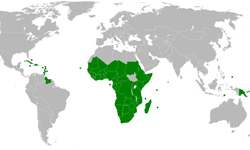 On 8 May, BusinessEurope published its position paper on the Post-Cotonou Partnership Agreement with African, Caribbean and Pacific (ACP) countries. BusinessEurope considers the renegotiation of the partnership as an opportunity to move the private sector to the core of EU-ACP relations. In the coming months, BusinessEurope will continue to engage proactively with the EU Institutions and other stakeholders to make sure that the Post-Cotonou Agreement will deliver the best possible results for development, trade and investment. 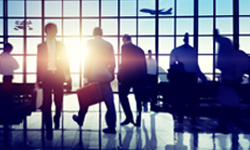 BusinessEurope strongly supports initiatives that seek to achieve a better functioning of the EU Single Market, including the free movement of workers. For example, we ask for the setting up of an EU ‘help desk’ to assist moving companies and workers. We also support policy makers’ efforts to combat fraud in cross-border situations. However, we have doubts that the setting up of a European Labour Authority is an efficient and cost-effective way of achieving this. These are among the key messages in BusinessEurope’s position paper on the proposal to establish a European Labour Authority (ELA). This position was presented at the first meeting of the Commission’s ELA advisory group held in Brussels on 16 May. As regards the next steps, it is essential that discussions on the proposed Authority do not overreach into areas that are the competence of Member States and their national authorities or social partners and companies, such as working conditions, health and safety, third country nationals that are not mobile and restructuring. Dispute resolution must also be removed from the scope of the proposed Authority.

Europe is facing new challenges with the world undergoing a profound, multidimensional transformation. How to keep Europe at the forefront of the global economic, social and political changes? How to safeguard the future of the EU as a global player? Speakers and participants of the European Business Summit on 23-24 May 2018 in Brussels will discuss the best possible ways to answer these fundamental questions, affecting the future of European companies and citizens. Keynote speakers of the event - with Tata Consultancy Services as EBS's Strategic Partner and Huawei as EBS's Main Partner -  will be Frans Timmermans, First Vice-President of the European Commission, Antonio Tajani, President of the European Parliament, Lilyana Pavlova, Bulgarian Minister representing the Bulgarian EU Presidency, Philip Hammond, UK Chancellor of the Exchequer, Emma Marcegaglia, President of BusinessEurope, Bernard Gilliot, President of the Federation of Enterprises in Belgium, N.G. Subramaniam, COO of Tata Consultancy Services and Ken Hu, Deputy and Rotating Chairman of Huawei's Board of Directors.

See the programme, register here, join the debate and see how they and other speakers, EU Vice-Presidents, Commissioners and European business leaders think about these questions at the European Business Summit !