Looking forward to the EU-Singapore deal 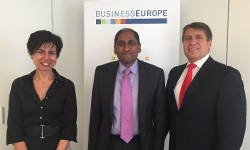 “BusinessEurope is a strong supporter of the EU-Singapore Free Trade Agreement (FTA) and we look forward to seeing the Commission present it to the Council. We stand ready to increase awareness on the benefits of the agreement and support its ratification process”, Markus J. Beyrer, BusinessEurope Director General, told H.E. Jaya Ratnam, Ambassador of Singapore to the EU, during their meeting on 4 July in Brussels. The Southeast Asia region has changed in recent years from a complex area into one with tremendous prospects for growth. Singapore is the main hub and the EU's largest commercial partner with the Association of Southeast Asian Nations (ASEAN). “The agreement would cement the bilateral relationship and provide a framework for the future in an ever-changing environment with evolving economies”, Markus Beyrer concluded.

Industry is key to turn knowledge into new solutions 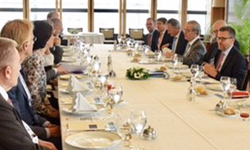 “More efforts are needed to tackle the EU’s innovation deficit and turn good ideas into marketable products and solutions. This requires a collaboration of all actors. Companies, scientists and researchers are natural allies in this ambition”, Markus J. Beyrer, BusinessEurope Director General, commented during a conference organised by the European Commission's Directorate-General for Research & Innovation on 3 July in Brussels. Beyrer added that “industry has high expectations on scaling up the EU budget for the successor of Horizon 2020 (EU funding programme) as a key instrument to leverage private investments”. The conference discussed the brand-new report of the high-level group chaired by Pascal Lamy. The report calls on doubling the budget of the next programme and stresses the importance of innovation for the future of Europe.

EU-Mercosur agreement: an enormous potential for industry and services 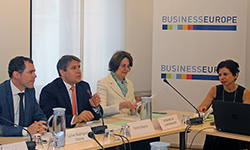 “There are varying degrees of support across the EU businesses on an EU-Mercosur deal but as chances of its conclusion become more concrete, even the more cautious voices are becoming more supportive. Hence the need to talk more about the progress of these negotiations and to discuss the possible gains for industry and services”, Markus J. Beyrer, Director General of BusinessEurope, said at a breakfast with EU-Mercosur chief negotiators on 5 July in Brussels. Sandra Gallina, EU Chief Negotiator, and the four chief negotiators from Mercosur (the Southern Common Market, made up of Argentina, Brazil, Paraguay, and Uruguay), have not only reiterated the ambitious aim to conclude a political agreement by the end of 2017, but have also offered a testimonial of the economic strategic alignment between the two blocks. “This agreement would show our commitment to open trade and to address protectionist trends. There are economic and political sensitivities on both sides, the EU and the Mercosur, but we need to be creative and have the political will to find solutions for long standing problems”, Beyrer added. Photos. 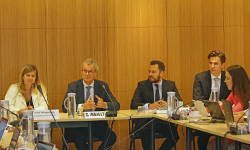 “We firmly regret the US announcement to want to withdraw from the Paris Agreement. The EU and all other signatories, especially major economies, should stay committed and discuss the implications with their business communities”, Olivier Imbault said as Chairman of BusinessEurope’s Energy & Climate Working Group during a meeting in Brussels on 29 June. Guest speaker Yvon Slingenberg, Director for International Climate Action and Mainstreaming at the European Commission’s Directorate General for Climate Action (DG CLIMA), agreed with Imbault and added that the EU will continue to implement its commitments under the Paris Agreement, work with its partners and at the same time address possible competitiveness issues for EU industry. “The US announcement has strengthened EU leaders' determination to stick to the Paris Agreement and not renegotiate it, but there is still a lot of work to do on the rulebook. We should not retrench in our own fortress, we need to work together”, she concluded.

Views on a renewed industrial strategy 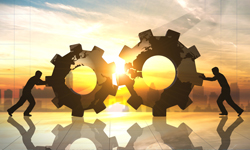 BusinessEurope published its views on a renewed EU industrial strategy on 30 June. The European Council, the European Parliament and the EU Competitiveness Council - all of them - want the European Commission to show more action now. Our new report reflects these calls and provides substance to the debate. Markus J. Beyrer, Director General of BusinessEurope, said: "We must define ambitious strategic objectives for the industry for the year 2030 urgently. Only a strong European industry will guarantee a robust European economy. The EU should renew its entire industrial strategy – now – to stop Europe’s persistent competitiveness shortfall identified in the last years. Fast technological progress, fast-changing political and economic developments at global level, increased protectionism and the emergence of different national industrial policies are a reality today. Europe must support its industry, but not by becoming inward-looking. An integrated EU industrial strategy should be our answer to these challenges for society and industry. It will also help us creating a more cohesive society within the European Union." 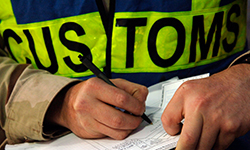 “There are a number of shortfalls in the way in which the Union Customs Code's Implementing (IA) and Delegated Acts (DA) are currently written and implemented that have a negative impact on business and our competitiveness vis-à-vis third countries”, BusinessEurope wrote on 20 June in a letter to Members of the European Parliament’s Committee on the Internal Market and Consumer Protection (IMCO). Implementing and Delegating Acts are a European Commission instrument to implement Union law. The business community is disappointed with the lack of progress in introducing simplified procedures for economic operators. The Union Customs Code was introduced on 1 May 2016, and despite promises to the contrary, simplifications such as centralized customs clearance and self-assessment have made no headway. The letter was sent to the Committee ahead of its hearing with Commissioner Pierre Moscovici on the UCC, asking them to raise a number of issues with the Commissioner. BusinessEurope has been actively involved in the Commission’s Trade Contact Group. The issues outlined in this letter are part of a long overdue list of priorities for business. 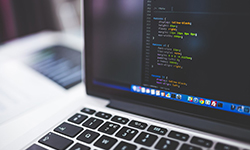 BusinessEurope has listed a set of key recommendations on the proposal for a modernisation of the EU Regulation on Export Control on Dual-Use Items. The aim is to contribute to the ongoing discussions on the topic and help ensure that the updated EU export control regime strikes the right balance between trade and security policy objectives. Dual-Use are items that can be used both for civilian and military purposes. They are often high-tech products, representing sectors such as IT, chemicals, and infrastructure. Therefore, ensuring a competitive environment for the exports of those items should be a strategic objective for the EU. Regulation should tackle the challenges that the dual-use sector faces today, such as increased competition at global level and cyber-security concerns. BusinessEurope would like to discuss further the concept of human security and how it should be implemented in practice throughout the EU Regulation. The concern is that the proposal for a modernisation of the EU export control system, as it currently stands, will not only trouble legal certainty and predictability for business but, most importantly, will not bring solutions related to human security. BusinessEurope calls for the development of guidelines that shall clarify the obligations of companies and national competent authorities under the regulation and is ready to contribute to the process.

SME internationalisation, better regulation, access to finance should be priorities 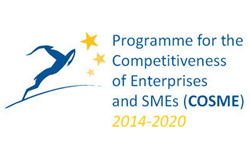 BusinessEurope has responded to the European Commission consultation related to the interim evaluation of COSME, the EU programme for the competitiveness of Small and Medium-sized Enterprises (SMEs) from 2014 to 2020. We call for prioritising the following three areas in the period 2017-2020: SME internationalisation, better regulation and SME access to finance. The policy landscape around the COSME is evolving. For instance, after the proposal of a European Innovation Council (EIC), which would have the mission of supporting the commercialisation of technologies in the European Union, the Horizon 2020 SME Instrument - a European Commission SME funding programme - is being substantially changed. It has been moving to the support of high-risk SMEs with ground-breaking concepts. It is not clear how SMEs focused on improving or upgrading already existing products will be supported by the EU in the future. BusinessEurope considers that the COSME interim evaluation should go hand in hand with a broader reflection on the future deployment of EU initiatives to gear up SMEs.

Talking Tax in Brussels and Munich 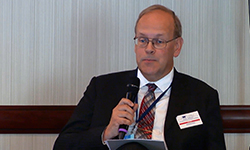 With the aim to help improve the corporate tax system, BusinessEurope’s Tax Policy Group Chair Krister Andersson participated in conferences in Brussels and Munich. At a conference on tax fairness in Brussels on 28 and 29 June, organised by the Directorate-General for Taxation and Customs Union (DG TAXUD), Andersson noted that experts from the Organisation for Economic Co-operation and Development (OECD) believe that corporate tax can be the most damaging tax for investment. He pointed out that BusinessEurope supports the fight against tax fraud and evasion, with efforts to improve global compliance best taken through initiatives such as the OECD’s agreement on information exchange between tax authorities rather than public reporting. At a conference in Munich on international taxation on 30 June, which was jointly hosted by the Business and Industry Advisory Committee to the OECD (BIAC), the International Chamber of Commerce (ICC) and BusinessEurope, Andersson spoke with Valère Moutarlier, the Director of Direct Taxation at DG TAXUD, on the recently agreed Dispute Resolution Mechanism. It can ensure that disputes between two or more EU Member States claiming corporate tax on the same profit be resolved more quickly and decisively. He stated that by providing companies with a more certain and transparent tax environment, the Dispute Resolution Mechanism can accelerate EU investment and promote jobs and growth.