Strengthening cooperation between business organisations in EU and Latin America 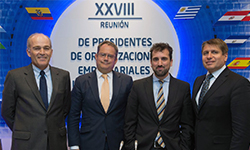 “Our organisations should work together to enhance companies’ role in very promising areas where the EU and Latin America could and should intensify cooperation by promoting inclusive and sustainable growth”, said Markus J. Beyrer, Director General of BusinessEurope, at the 28th Meeting of Presidents of the Ibero-American Employers Organisations (CEIB-OIE) on 19 June in Madrid. José Luis Káiser Moreiras, Director General for International Trade and Investment of the Spanish Ministry of Economy, Industry and Competitiveness, and Roque Benavides, President of the National Confederation of Private Business of Peru (CONFIEP) also participated in the panel. BusinessEurope believes that the framework for business cooperation should be expanded to ensure that companies are well aware and taking full advantage of existing opportunities in the two regions. Business organisations could work more closely together in a spirit of mutual benefit to ensure a more coherent implementation of already completed agreements and a swift conclusion and application of agreements that have long being awaited. They could also enhance ties with countries that are outside the framework of specific agreements. “There is a number of topical areas on which we can work together, such as resource efficiency and the fight against climate change, as well as digitalisation”, Mr Beyrer added. 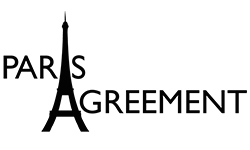 "BusinessEurope is committed to the implementation of the Paris Agreement as it provides a clear investment signal to European business to invest in low-carbon infrastructure", commented Alexandre Affre, Director for Industrial Affairs at BusinessEurope, during the Major Economies Business Forum on energy security and climate change on 21 June in Washington D.C.. In the presence of guest speakers from the White House and the US Department of State, Affre said: "Now that the United States has decided to withdraw from the Paris Agreement, what is the government alternative plan to provide business with the certainty to invest in low-carbon energy technologies and infrastructures in the US?". The event regroups business organisations across the globe.

Sustainability and Human Rights: the role of business 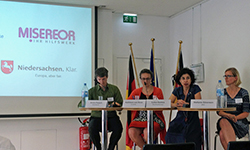 “Competitiveness and sustainability should be complementary. European companies are committed to playing their part and delivering sustainable solutions. Other stakeholders, governments, local communities and the broader civil society have also to engage”, said Luisa Santos, Director of the International Relations Department at BusinessEurope, at the conference "Sustainability and Human Rights in Trade Policy", organised by the German Institute for Human Rights MISEREOR and the German Institute for International and Security Affairs on 21 June in Brussels. According to Santos, more and more trade policy in general and trade agreements in particular are seen as an excellent tool to promote sustainability and human rights. The debate is around how enforceable and stringent these provisions should be and the role of the private sector to ensure good implementation. The EU Free Trade Agreements contain specific chapters on Trade and Sustainable Development. Santos added that some argue this model, based on “soft power” and “peer pressure”, has not delivered the desired results but the possibility of trade sanctions does necessarily lead to better outcomes.

Making the case for investment at the Prague European Summit 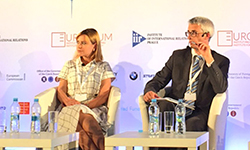 EU and national policies need to better support investment in order to drive growth and jobs. This was the key message of BusinessEurope Economics Director James Watson at the Prague European Summit, held on 14 June. He participated on a panel entitled “Investing in Europe’s Growth”, alongside Iliyana Tsanova, Deputy Managing Director of the European Fund for Strategic Investments (EFSI). Watson noted that whilst EU investment is now picking up, at current growth rates, it will take until 2024 to bring investment up to pre-crisis levels as a share of Gross Domestic Product (GDP). He welcomed the European Commission’s investment plan, including the contribution it is making to increasing long-term infrastructure investment through the EFSI. However, he also highlighted that a greater focus on enhancing the business environment in the EU, including through completing the EU Single Market, strengthening the Economic and Monetary Union (EMU) and implementing growth-enhancing structural reforms in EU Member States is crucial to increasing business investment. 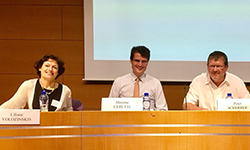 Speaking at a conference on youth employment, organised by the European Social Partners on 20 June in Brussels, Maxime Cerutti, BusinessEurope Social Affairs Director, stressed that “the most effective solution to create employment opportunities for young people is to encourage companies to create jobs. This means to address structural weaknesses on the labour markets. Inflexible employment regulations and excessive labour costs are particularly harmful for the young. Education and labour markets reforms aiming at better aligning education and training provisions to labour market needs will be crucial to improve youth transitions into the labour markets”. He also pointed out that the situation of youth in the labour market has improved over the last few years, reflecting overall employment growth in the EU. However, youth unemployment is still twice as high as overall unemployment rates. Youth employment should therefore continue to be a priority for policy-makers and EU Social Partners. The conference was an opportunity for European and national Social Partners from across Europe to take stock of the follow-up process of their 2013 framework of actions on youth employment.  A final evaluation report will be prepared by the European Social Partners in the coming months. 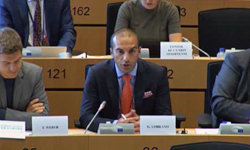 BusinessEurope supports the e-card concept and believes it can be a concrete tool to support companies and especially smaller businesses to provide their services in another EU Member State. At the same time, the proposals need to be made clearer, for instance on updating obligations, responsibilities and information to be included into the card. This was stressed by Guido Lobrano, BusinessEurope Deputy Director, at the Hearing of the European Parliament's Committee on Internal Market and Consumer Protection (IMCO) on the e-card proposals. According to Lobrano, for their take-up, it is essential that companies see the real benefits of asking for an e-card, in terms of time and cost savings and getting the support of their own home Member State when going abroad. The proposals need to be improved to create clarity on the responsibilities of both the home and host Member State, and the European Commission has to play a stronger role in showing the companies in the targeted sectors what its concrete benefits are. 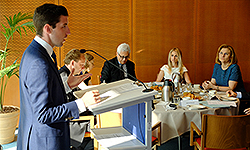 Patrick Grant, BusinessEurope Digital Economy Adviser, called on the European Commission to rapidly come forward with its proposal to end national data localisation measures. He spoke at the Small and Medium-sized Enterprises (SME) Intergroup breakfast on “How to Build Europe’s Data Economy?” at the European Parliament in Brussels on 20 June, alongside with Khalil Rouhana, Deputy Director General of DG Connect of the European Commission, and Dita Chranzova, Member of the European Parliament. Grant highlighted that building Europe’s data economy is extremely important for its SMEs, as enabling the free flow of data will allow even the smallest firm to be born truly global.  He added that a fully functioning EU Single Market cannot exist without the ability of data to flow freely across borders, and commented that the European Institutions should only legislate where real market failures exist. For instance, emerging data issues such as ownership, liability and access are already properly addressed by existing contractual practices and legislation. During the event, the law firm Noerr LLP presented the initial findings of the study it is carrying out in cooperation which BusinessEurope on “Legal Issues of Digitalisation in Europe”, which will soon be released. 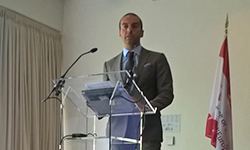 The European Commission proposal to empower national competition authorities to be more effective enforcers is the first bold structural step in competition policy after the 2003 modernisation. BusinessEurope supports the objective to ensure the proper functioning of the internal market by improving enforcement. Speaking in a panel debate with the Commission and European Parliament organised by the Global Competition Law Centre on 22 June in Brussels, Guido Lobrano, BusinessEurope Deputy Director, highlighted that the proposal should put on an equal level the objectives of improving enforcement and of enhancing procedural fairness. He stressed that national competition authorities currently operate very differently, not only as regards to their powers, but also because of the different procedural guarantees they have to comply with. Therefore, it is crucial that any reform ensures a proper balance between the powers of public authorities and their due process obligations.

Creating better opportunities for SMEs in the single market 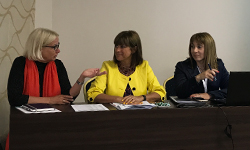 “Better ensuring compliance of national rules with EU law, preventing future barriers to trade and supporting digitalisation are key conditions for increasing SME participation in the EU Single Market”, said Marta Marti, Chair of BusinessEurope’s Small and Medium-sized Enterprises (SME) Committee at a conference organised by the European Commission and the Maltese Presidency of the Council of the EU on 19 June in Malta. Marti stressed that in order to succeed on the Single Market, SMEs must include more and more digital-based intelligence in their products and services. Everything should be done to facilitate their digital transformation, including through creative digital partnerships. Entrepreneurial freedom is therefore key. She added that in the context of the internet of things, the free flow of machine data across borders is essential. Issues like data ownership, access and liability are well handled by existing frameworks, contractual agreements and practices. Policy makers should only legislate where real market failures exist. 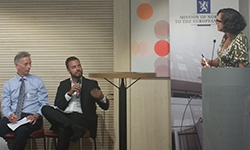 “Game over or new opportunities? European power intensive industries in a low emission EU” -  that was the topic of an event hosted by the Centre for European Policy Studies (CEPS) and the Norway Mission to the European Union on 19 June in Brussels. In the first session, the debate was about industrial innovation facilitating a low-carbon economy. The second session revolved on the merits of clean energy for industry. In this session, Jan Bambas, BusinessEurope Senior Adviser for Industrial Affairs, joined the panel discussion alongside with members of the European Commission and policy analysts. Asked about how policy makers can contribute to industrial development, Bambas replied that Europe needs a well-founded and sophisticated industrial strategy that secures jobs and growth in the future. He also pointed out the importance of research and innovation ecosystems for the industry in general, especially in times of an ongoing energy transition, as new energy technologies enter the market. In regards to the clean energy package, Bambas emphasised the coherence of policy instruments. “The EU must strike a balance of energy and climate objectives”, he said.