UK membership of the EU is key for prosperity 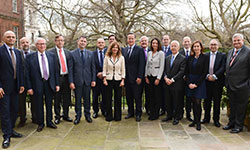 "The UK is a key player in the European single market. It has been playing a crucial role over the past forty years in helping Europe develop in a way that has trade and the single market at its core. I believe that both the UK and EU economy have benefitted from UK membership of the EU in recent years, particularly through trade and investment flows", BusinessEurope President Emma Marcegaglia told UK Prime Minister David Cameron at a meeting together with other major European business federations at 10 Downing Street. "Full access to the single market is a vital part of the UK's attractiveness as a place to invest and create jobs. All our members – 40 national business federations from 34 European countries – strongly hope that the UK will continue to remain an active and positive member of the EU", she added. Photo copyright: Crown Copyright 2016 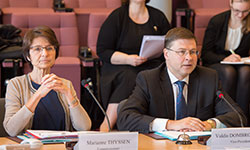 "The European pillar of social rights can be useful if it contributes to improving Europe's global competitiveness. BusinessEurope is willing to engage in discussions with the European Commission and trade unions on benchmarks as part of a renewed strategy on flexicurity. We share the objective of conceiving a pillar that drives the reform process at national level to achieve better performing labour markets and social systems", BusinessEurope Director General Markus J. Beyrer said on 11 April during a meeting of Vice-President Valdis Dombrovskis and Commissioner Thyssen with the European social partners, discussing their involvement in this initiative. "For business one of the key reasons of the growing divergence across Europe is the lack of or insufficient actions in some countries to address structural weaknesses on the labour markets. Making progress on labour market reforms will support the convergence of EU/EMU member states towards growth and employment", he added. Photo copyright: European Union, 2016 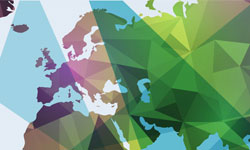 The European Commission is preparing a communication on foreign economic diplomacy under the leadership of Vice-President Jyrki Katainen. In a recently adopted position paper, BusinessEurope underlines that the EU should define a long-term economic vision that has trade policy as a central pillar and aims at retaining world leadership in trade and investment. It is also key to ensure clear governance and full coherence between the internal economic policies of the EU intending to promote competitiveness and innovation and the external dimension that aims to enhance opportunities for our companies abroad. As the European Union we have superior negotiation leverage, which allows us to gain more and better promote our economic interests. Therefore it is in our own interest to have a clear and consistent political and economic strategy geared to key economic partners, using the EU single voice in the international arena.

Companies together are part of the solution to a stronger Europe 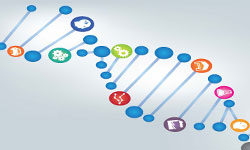 "The BusinessEurope family exists for the same reason that the European Union exists: together, we are stronger. Nowadays, each and every one of us alone is too weak at both the EU and global level. Therefore, we act together in the interest of European companies.  We want to create growth and jobs for a stronger European Union!" This was one of the key messages President Marcegaglia conveyed during the Confindustria conference "Imprenditori, i geni dello sviluppo" focusing on the new challenges in Brussels, on 9 April 2016 in Parma, Italy.

Acting in favour of an ambitious future WTO work programme

Following up on the 10th WTO ministerial conference that took place in Nairobi, Kenya, in December 2015, BusinessEurope contributes to current discussions on the future work programme of the WTO with a discussion paper. The WTO remains a very important organisation and the guardian of multilateral trade rules. Therefore, it should find constructive ways to overcome the division among its members regarding the conclusion of the Doha Round. The organisation and its members should be open to discussing new negotiating patterns to address the remaining issues under the Doha mandate, as well as to open up the WTO agenda to issues that are central in today's global trade reality – such as export restrictions and subsidies, digital trade, investment, competition or non-tariff barriers to trade. BusinessEurope is ready to engage with the European Commission, the WTO and other stakeholders and contribute to the process of formulating an ambitious agenda allowing the WTO to adapt better to a changing global trade environment.

Is the Innovation principle what we need? 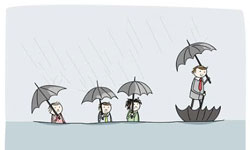 Everyone is undoubtedly in favour of innovation. Now it's time to preserve Europe's ability to innovate. In this sense, integrating the Innovation principle into the policy-making process can be a significant step forward, in which member states will play a strategic role. This and other key messages were delivered by BusinessEurope at a breakfast seminar 'Is the Innovation principle what we need?' on 7 April. The meeting, bringing together better regulation and research & innovation attachés from the Permanent Representations to the EU, was organised jointly with the European Risk Forum and the European Roundtable of Industrialists. Paul Leonard, Chairman of the Innovation Principle Task Force at the ERF, presented the Innovation principle. Prior to this, ERT Secretary General Brian Ager underlined the concrete societal benefits of adopting the principle as a systemic solution. "We urgently need to put in place a more innovation-friendly regulatory framework, assessing the concrete impact on any existing or new piece of legislation on innovation. This will imply gains in investment, growth and jobs", he stressed. 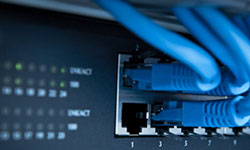 The new EU-US Privacy Shield provides a solid framework for transatlantic data transfers and contributes to restoring trust and legal certainty in transatlantic cooperation. BusinessEurope sent a letter to member states and data protection authorities, encouraging them to assess the new EU-US Privacy Shield positively. National authorities will play a key role in the new architecture of international data flows. They should ensure the new framework is applied without delay and consistently across Europe to enable free flow of data in the digital economy. 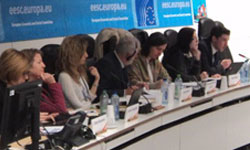 BusinessEurope fully understands the objective of achieving greater accessibility for people with disabilities. However, the current proposal for a European Accessibility Act will largely interfere with the abilities of businesses to bring a greater supply of accessible products and services to market. Setting blanket requirements to all ranges of solutions offered will greatly dilute their worth to end users and stifle innovation in a sector that largely exists. Patrick Grant expressed these views at a European Economic and Social Committee public hearing on 13 April. A revised approach is needed to better achieve the proposal’s objectives. This would encompass the intended use of solutions, their potential for compatibility with additional features and the role of market-led standardisation. 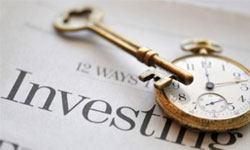 Intra-EU bilateral investment treaties (BITs) are agreements concluded between EU member states. Their abolishment was discussed on 11 April with the European Commission Directorate General for Financial Stability, Financial Services and Capital Markets Union. BusinessEurope shared the concern that if these agreements are terminated, there is a risk that European investors will not be strongly and adequately protected under the provisions currently included in the single market. There is no dispute settlement mechanism established at the EU level, therefore member states often implement investment protection differently, resulting in the discriminatory treatment of investors within the EU. In this context, BusinessEurope is in favour of reinforcing investment protection provisions in the single market and developing a Union-wide dispute settlement mechanism. At the same time, and to avoid legal gaps in the protection of investors, intra-EU BITs should remain in place until a solution is found. 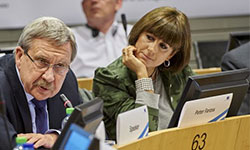 "BusinessEurope calls for a revival of the Small Business Act", Marta Marti Carrera, Chair of BusinessEurope's Entrepreneurship and SME Committee said at the SME roundtable organised by the Employers' Group of the European Economic and Social Committee on 5 April. "Such a revival should drive a more robust EU pro-SME action agenda and energise the national SME policies", she added. The roundtable discussed EU SME policy with European Commissioner Elżbieta Bieńkowska, to whom a joint declaration by six organisations was handed over, outlining priorities for the EU SME policy.