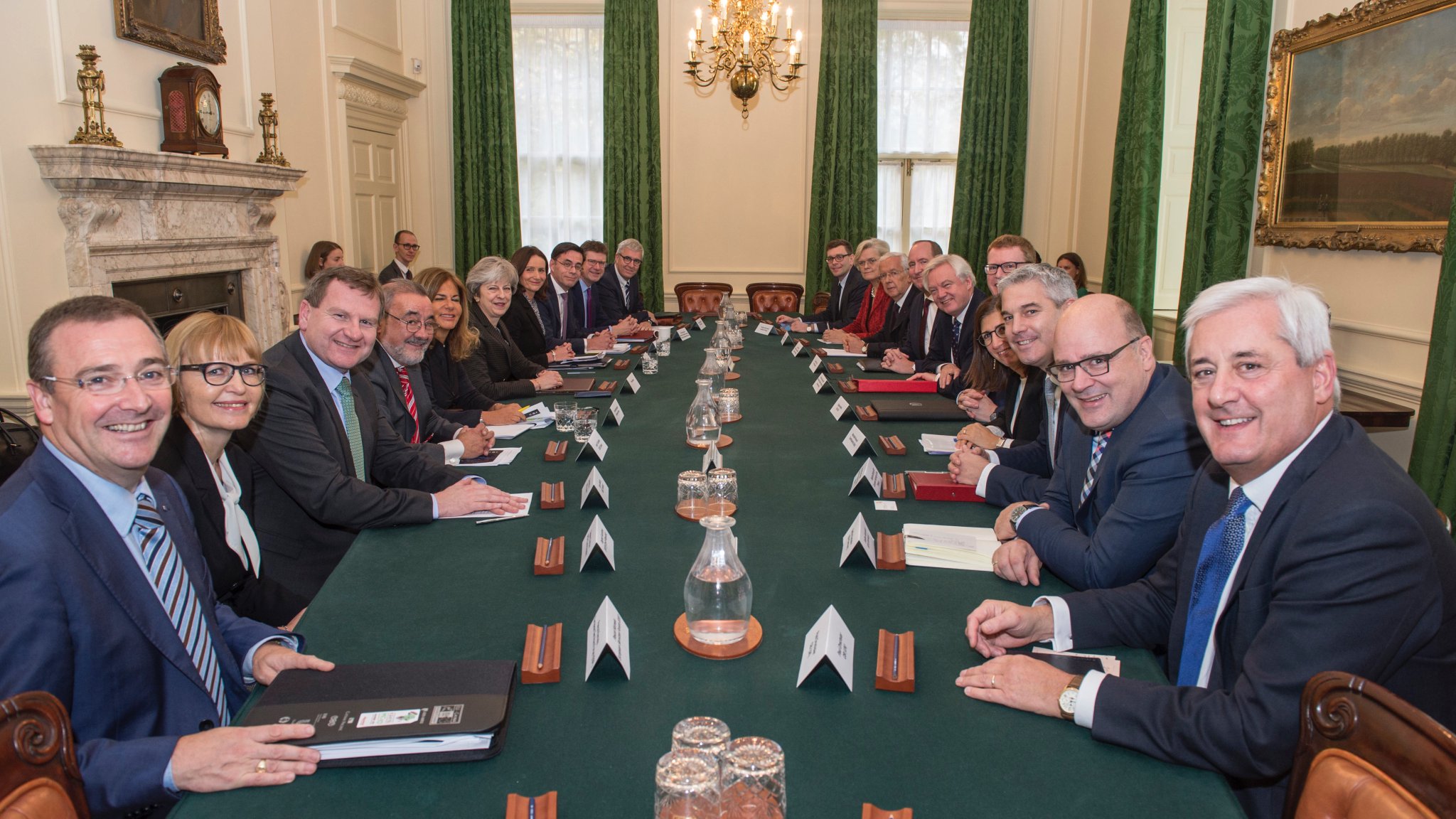 The CBI and business groups from across Europe, representing millions of employees, met with UK Prime Minister Theresa May on Monday (13 November).

They discussed the importance of positive progress in the UK-EU negotiations; the need for urgent agreement on a ‘status quo’ transition; and beginning discussions on a future economic relationship that draws on existing close economic ties.

Emma Marcegaglia, President of BusinessEurope, leading an important delegation of European Business leaders in a meeting with PM Theresa May, said: “Businesses from across Europe welcomed the opportunity to meet with Theresa May, the UK Prime Minister, to emphasise the mutual importance of making urgent progress in the EU-UK talks. “Business is extremely concerned with the slow pace of negotiations and the lack of progress only one month before the decisive December European Council. Business aims to avoid a cliff edge and therefore asks for a “status quo – like” transitional arrangement with the UK staying in the customs union and the single market as this will best provide citizens and businesses with greater certainty. “In order to achieve this goal, we urge the UK Government to make good on its Florence commitments by providing concrete proposals on the three issues critical for talks to move to the next phase including citizens’ rights, the situation of Ireland and the financial settlement. Equally, the EU should look constructively on these proposals once received. “Gaining momentum as we head into the New Year will provide companies with the confidence they need to continue contributing to prosperity right across Europe in these uncertain times.”

Commenting after the meeting, Carolyn Fairbairn, CBI Director-General, said: “With UK-EU trade worth more than 600 billion euros each year, business groups from across Europe used today’s meeting with the Prime Minister as a welcome opportunity to highlight the mutual importance of seeing real progress before Christmas. All business organisations present reiterated the damage a ‘no-deal’ scenario would do to trade. “A transition period reflecting the current arrangements remains the priority on both sides of the Channel. While businesses welcomed the Prime Minister’s Florence speech, we now need to move beyond warm words if jobs, investment and living standards are to be protected. “Moving to the next phase will enable discussions to gather momentum, so negotiators can focus on the future economic relationship. It’s in everyone’s interests that a good, unique final deal reflects the strength and depth of our existing relationship and integration. This will help promote prosperity and better living standards right across Europe for generations to come.”

BusinessEurope is the leading advocate for growth and competitiveness at European level, standing up for companies across the continent and campaigning on the issues that most influence their performance. A recognised social partner, we speak for all-sized enterprises in 34 European countries whose national business federations are our direct members.

Across the UK, the CBI speaks on behalf of 190,000 businesses of all sizes and sectors. The CBI’s corporate members together employ nearly 7 million people, about one third of private sector-employees. With offices in the UK as well as representation in Brussels, Washington, Beijing and Delhi, the CBI communicates the British business voice around the world.