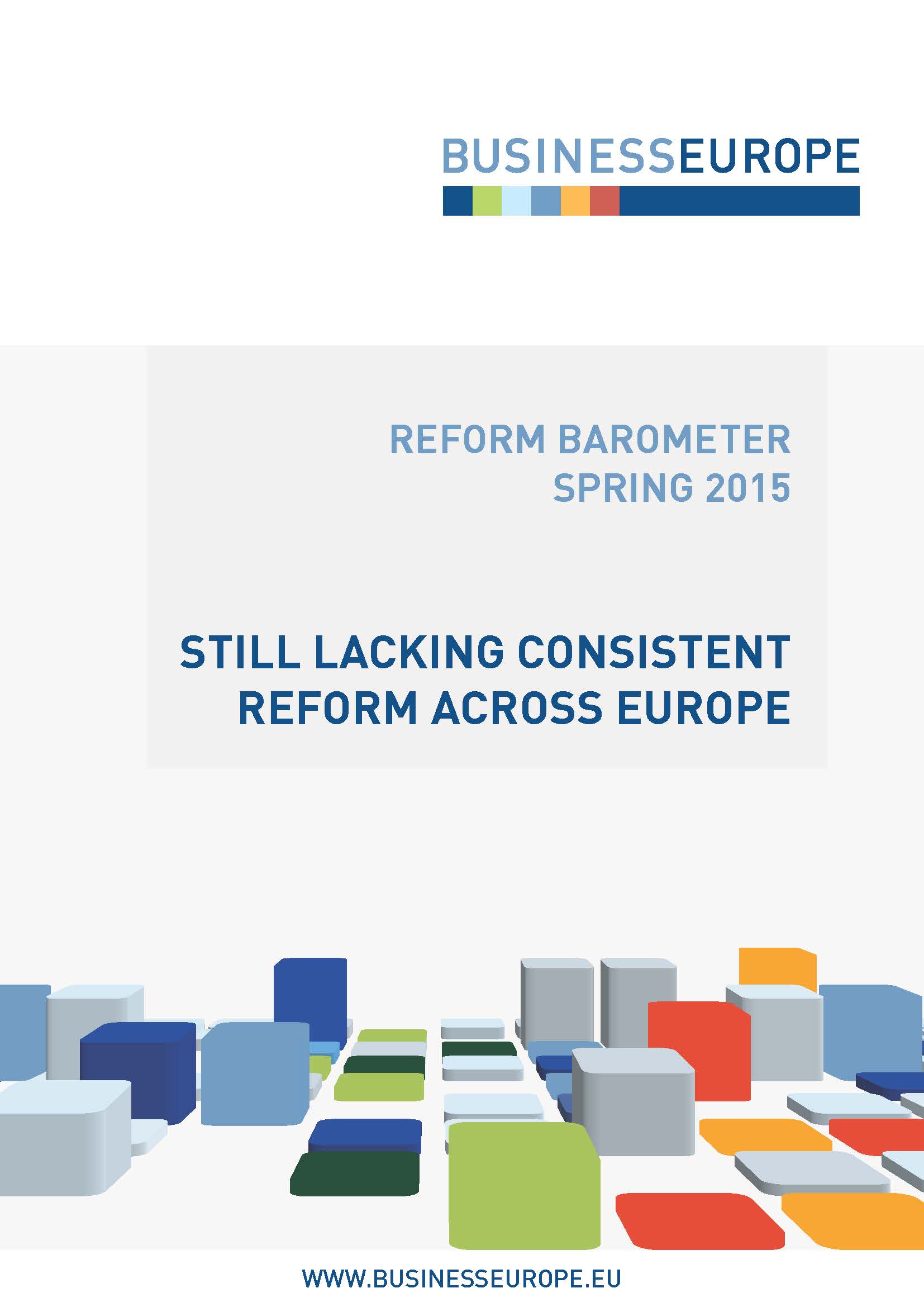 Only 22% of the European Council’s key country-specific reform recommendations are being satisfactorily implemented by EU Member States, according to BUSINESSEUROPE’s Reform Barometer 2015 published today. Commenting on the findings, Markus J. Beyrer said: “Those EU countries that have reformed in recent years are already benefitting from increasing output, falling unemployment and improved trade performance. But overall, too many countries have not put into practice the lesson that reform works.” Commenting on the forthcoming EU heads of state talks on the European Commission's Energy Union framework strategy, he added: “Industry looks forward to engaging with EU leaders to make it a success. We will be vigilant on the challenge of energy prices.”