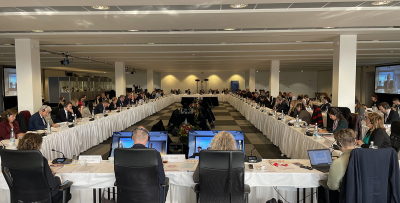 Labour and skills shortages put additional pressure on labour markets as a growing number of companies depends on a shrinking number of workers, which results in a fierce competition for talent and higher labour costs. That is why it is important that the European Commission includes a credible EU policy initiative to improve skills matching in its work programme for 2023. The pilot of a talent pool that is currently set in motion for Ukrainian refugees has potential. But the need for third-country legal migration is much bigger; the EU talent pool should therefore be expanded to other third countries rapidly. A key concern for European employers is that several factors have been at play for several years which have been pushing up wages, including politically driven minimum wage increases. By contrast, we need to avoid a dangerous wage-price spiral. Another important issue in the short term is to be particularly attentive to non-wage labour costs. It is important to reduce them where possible, making good use of the extra resources that governments receive through taxes on commodities and other products in the context of high inflation. Many companies of all sizes across the continent have already reduced their output or even shut down their production completely due to the energy crisis. In this changing context, it may soon become important to support employers in creating jobs. These were the key messages passed by Maxime Cerutti, Social Affairs Director, at the informal Employment, Social Policy, Health and Consumer Affairs (EPSCO) Council meeting in Prague on 13-14 October 2022.