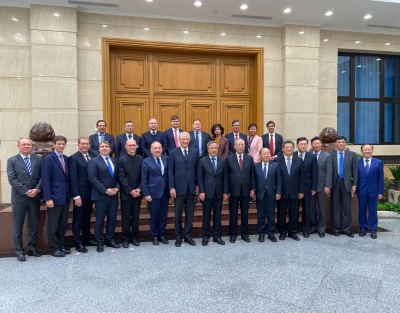 “We strongly encourage China’s reforms towards giving the market a more decisive role and opening up its economy to the world”, BusinessEurope President Pierre Gattaz said addressing the 3rd China-EU CEO and Former Senior Official’s Dialogue in Beijing, where he and Director General Markus J. Beyrer led a delegation on 25-26 November. There is a growing appreciation in Europe that the balance of challenges and opportunities in our bilateral relationship has shifted. To address this, the EU and China will have to cooperate more and better and build a level playing field on the basis of multilateral rules and reciprocal market access. “A fairer and more dynamic relationship between the EU and China would be enormously beneficial to the Chinese economy”, Gattaz told Vice-Premier Hu Chunhua.
Joint statement