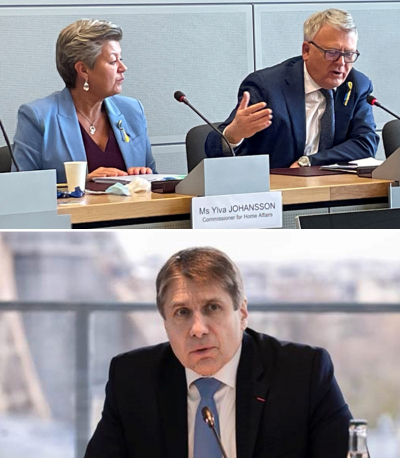 Three million Ukrainian nationals have fled the war in Ukraine already. Employers’ organisations and companies are ready to do what they can to help Ukrainian refugees with their labour market integration.

It is at the national level where concrete action needs to be taken, with public authorities playing the lead role throughout the integration chain. BusinessEurope remains committed to cooperation with the European Commission and the other EU economic and social partners as part of the existing EU partnership on refugee integration.

On top of this, it is vital that we do not lose sight of our medium to long-term objectives for the EU’s economic migration policy, which will play a key role in the coming years notably for Europe to compensate for the shrinking EU working age population.

These were among the key messages given by BusinessEurope Director General Markus J. Beyrer during a meeting with European Commissioners Ylva Johansson (Home Affairs) and Nicolas Schmit (Jobs and Social Rights) on 17 March.

BusinessEurope encourages the Commission to go ahead with its upcoming skills and talent package, which is set to be published at the end of April. In particular, BusinessEurope looks forward to assessing the Commission’s proposals for the design of an EU Talent Pool and to feeding into the preparatory discussions for setting this up.