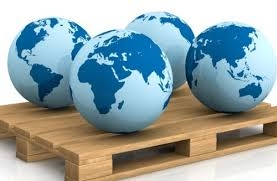 Africa and the EU need to move closer

At the end of this month, negotiations on a Post-Cotonou Partnership Agreement between the EU and African, Caribbean and Pacific countries are due to be launched. Even if the agreement will cover three very different regions, it presents an important opportunity to reshape the relations between the EU and Africa and adapt them to the realities of the 21st century.

Home to a relatively young population of 1.2 billion people and some of the world’s fastest growing economies, Africa is a vibrant continent that presents tremendous business opportunities. At the same time, however, many of its countries are struggling with long standing conflicts, contested regimes and stagnant economies. The continent will need between an incremental USD 200 billion and USD 1.2 trillion per year to reach the sustainable development goals by 2030. To provide opportunities for a population that is expected to double by 2050, with 20 million young people coming into the labour market every year, improving the business and investment climate and creating conditions for countries to move up the value chain will thus be key.

Therefore, it is essential that the African and European private sector are closely involved in future EU-Africa relations. While public funding institutions need to make more extensive use of blended finance instruments that leverage private sector investment through reducing investment risk, structured public-private dialogues on various levels need to identify measures to improve the investment climate in African countries.

Moreover, conditions need to be created for African countries to diversify their economies and become part of regional and global value chains. Presently, the share of African countries in world trade is only 2% and intra-African trade amounts to merely 18% of the total trade conducted by African countries – for the EU it is 70%. Due to insufficient infrastructure, corruption, delays at the border and other issues, the cost of moving a container from a port in West Africa inland is roughly 2.5 times what it would be in America. The African Continental Free Trade Area could unlock the tremendous development potential of intra-African trade, joining up Africa’s fragmented markets, igniting industrialisation and creating millions of jobs. While it will take time to accomplish this ambitious project –goods and services schedules have not yet been specified, nor have key annexes to the text been finalised – the Economic Partnership Agreements could be important building blocs towards the continental free trade.

Now is a golden opportunity for Africa and the EU to move closer and European businesses are eager to contribute to increasing ties between the two continents and promote jobs, growth and sustainable development.