EU should be stronger on comparable climate efforts

Today's conclusions of the EU Environment Ministers meeting on the global climate negotiations and the climate summit in Paris should have sent a stronger signal.

"While EU Ministers’ overall climate conclusions go in the right direction, a clear call for comparable efforts by major carbon-emitting economies outside Europe is missing.

The COP21 summit in Paris must be a deal breaker for European business. We want an international ambition that is in line with the efforts we are already committed to in Europe.

The end result should be an ambitious, comprehensive global agreement that ensures the rest of the world catches up with us. We need to establish a truly global level playing field for our industry", said Beyrer.

BUSINESSEUROPE points out to this week’s warning of UN General Secretary for the Climate Framework Convention Christiana Figueres stressing that the governments’ emission reduction pledges now on the table will not be enough.

The goal of emission reduction is to avoid a global temperature increase of more than 2 degrees Celsius. "Encouraging other countries to follow on the EU ambition through comparable efforts would have sent a bold signal of leadership. This is the only way to fight global warming. We cannot solve the problem alone", said Beyrer.

He also highlighted the Ministers’ call for non-state actors’ involvement within the UNFCCC: "Private-sector engagement has been a key priority for us in the run-up to Paris as we strongly believe industry worldwide can contribute with its experience and knowledge to a more inclusive system through a dedicated channel in the UN process", Beyrer added. 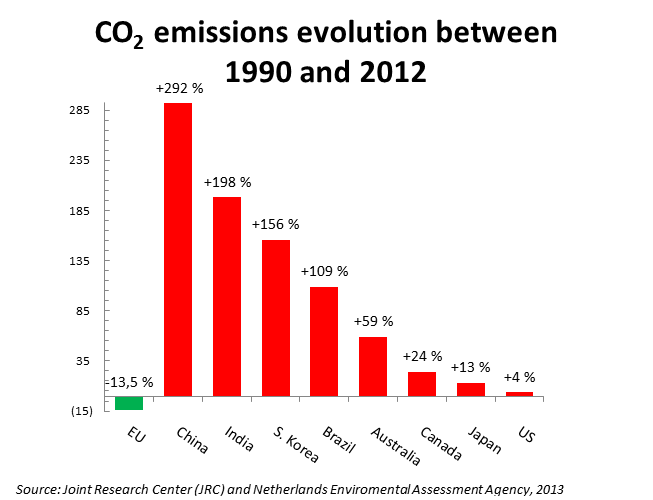