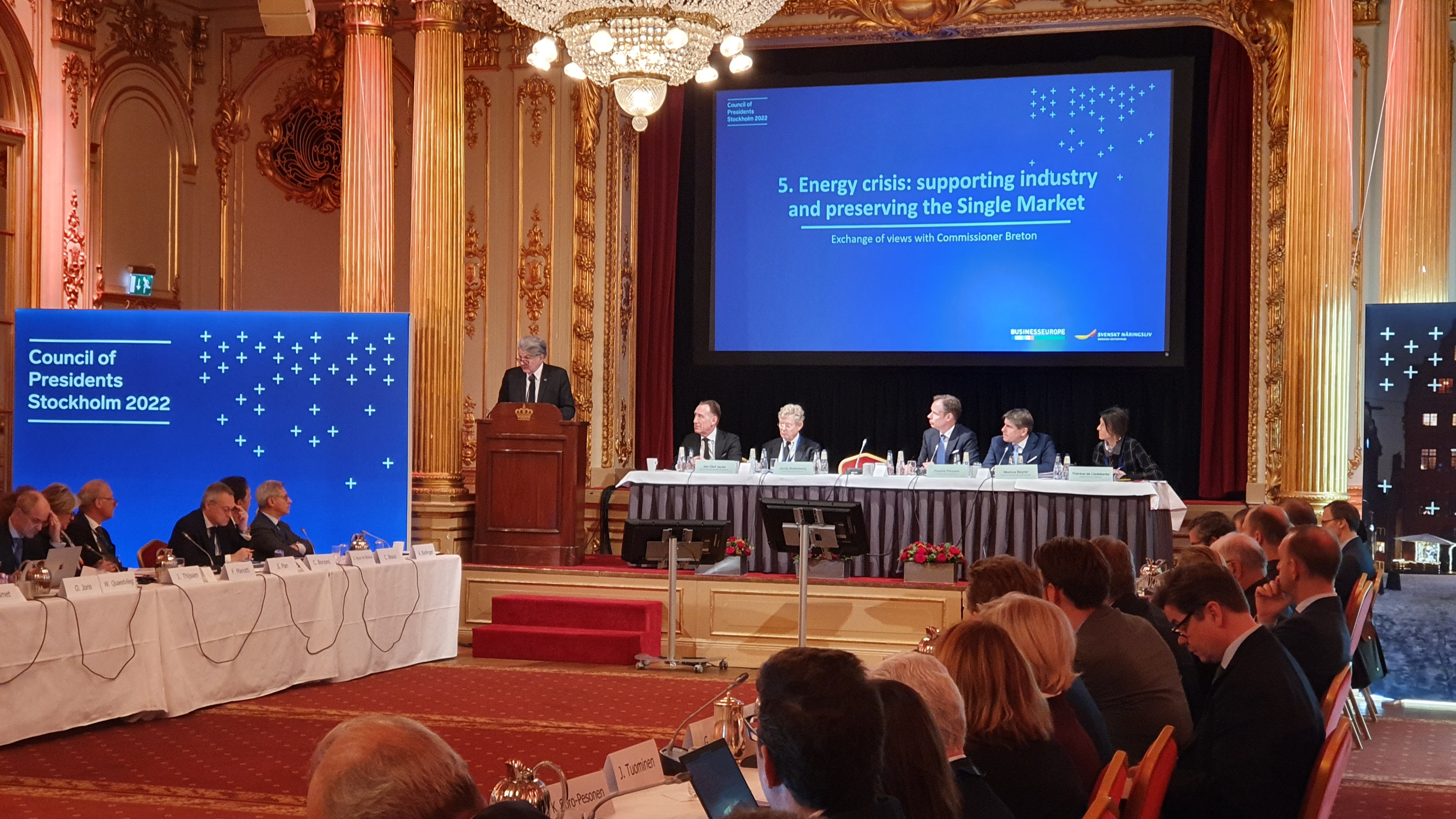 The Presidents of BusinessEurope’s 40 member federations gathered this morning in Stockholm and discussed their priorities for the future Swedish Presidency of the Council of the European Union with Prime Minister Ulf Kristersson and Minister for European Affairs Jessika Roswall. They also discussed with European Commissioner Thierry Breton how the EU should support industry during the energy crisis while preserving the Single Market. “The current crisis is dramatically exacerbating the risks of Europe’s deindustrialisation.  We urgently need a game-changing solution at EU level to mitigate sky-rocketing energy prices, and give regulatory breathing space to companies. The Swedish Presidency must join forces with the Commission and the European Parliament to ease the legislative burdens for companies”, said BusinessEurope President Fredrik Persson. 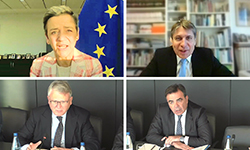 Access to an appropriately skilled workforce remains a key factor of a company’s competitiveness and needs to be strengthened. The European Year of Skills 2023 needs to be synchronised with broader efforts to underpin progress in the European semester context with investments, necessary reforms and effective social dialogue aiming to foster skills development. A specific priority for BusinessEurope is to have a more coordinated reform approach to the updating of education and training curricula and qualifications in view of new and emerging skills needs. These were the key messages given by our Director General, Markus J. Beyrer, during a meeting with European Commission Executive Vice-President Vestager, Vice-President Schinas and Commissioner Schmit on 23 November. BusinessEurope welcomes the focus of the proposed European Year on Skills 2023 on lifelong learning and with the aim of boosting competitiveness, participation in training and talent in line with changing labour market needs. Companies are facing significant labour and skills shortages, combined with the need to support up and re-skilling measures in view of the digital and green transitions. 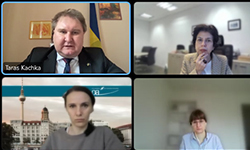 The inaugural meeting of BuisnessEurope’s Ukraine Taskforce took place on 18 December, with Taras Kachka, Ukrainian Deputy Minister of Economy and Trade Representative taking part as our guest. He gave an overview of the current economic situation in the country, explaining the measures that the government introduced to facilitate normal business operations and support companies that have suffered from the impact of the war – either because of shelling of facilities or loss of personnel. Particular attention was paid to the efforts to facilitate trade, including through solidarity lanes and improving customs procedures. The discussion also focused on the reconstruction efforts of Ukraine, including international funding, the extension of trade liberalisation measures adopted by the EU as well as the role of the private sector and opportunities to invest. In this regard, a number of challenges were identified, such as the coverage of risk to encourage private sector to invest in Ukraine. BusinessEurope and the Ukraine Taskforce will remain an important channel of communication between businesses and authorities, both in the EU and Ukraine, to increase awareness of the needs in Ukraine and support the reconstruction and the process of the country’s accession to the EU. 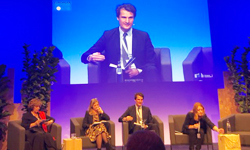 Well-functioning apprenticeship systems play a key role in helping to provide young people with the skills that help them to transition from education and training into work. This is especially important in the context of the digital and green transitions. It is therefore crucial to continue to work at EU level to support the process of reforming national apprenticeship systems, where needed. It is also important that national authorities and training institutions continue to work with, and support, companies in the aim of increasing the share of in-company training time. Employers also invest in young people by offering them traineeships, which provide them useful work experience to access the labour market. Recent trends should be discussed taking into account labour and skills shortages as part of the review of the EU quality framework on traineeships, but this is not an issue that lends itself for an EU directive. These were among the key messages given by Maxime Cerutti, Director of Social Affairs, during a panel on youth employment at the European Commission conference on employment and social rights on 17 November. Commission support for apprenticeship reforms should also be renewed through the apprenticeship support services programme, in particular the benchlearning model, which have a valuable role to play in the coming years in improving the quality and effectiveness of apprenticeship systems. 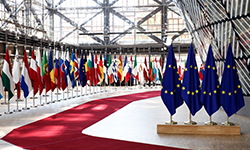 The energy market situation remains extremely preoccupying, and the recent price declines on wholesale energy markets should not make us complacent. More and more companies are forced to reduce production in Europe. As the future investment capacity and global competitiveness of EU industry is at stake, we urge European decision-makers to develop a game-changing crisis framework at EU level to mitigate exceptionally high energy prices in the short term and ensure that Europe remains an attractive business location in the longer term. All options for additional emergency measures should be considered, including urgently considering a temporary decoupling of electricity and gas prices, BusinessEurope wrote in a letter to European Commission President Ursula von der Leyen, European Council President Charles Michel, and the Czech Presidency of the Council of the EU ahead of the Extraordinary Energy Council meeting on 24 November. 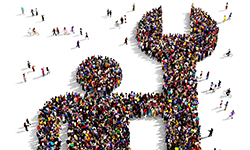 Better regulation is key for the EU’s success in its twin transition and resilience aspirations. It is also crucial in ensuring the business environment where our companies can thrive and compete internationally. However, there are fast-growing concerns that the available better regulation instruments are either used very unevenly across the European Commission services or become just a formality and victim of the “tick-the-box practices”. BusinessEurope members point to the negative trends and call for urgent fixes. We reiterate the message that “business-as-usual” in regulatory initiatives is not an option given the current multi-layer crisis environment, and companies urgently need a regulatory breathing space. Better regulation also needs a permanent maintenance independently of whether we are in a crisis or not, and businesses call on the Commission to ensure that maintenance is in place. Read our messages to VP Sevcovic. 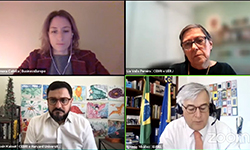 “BusinessEurope calls for the ratification process of the EU-Mercosur trade agreement to kick off as soon as possible for geo-strategic, economic and sustainability reasons”, said Eleonora Catella, Deputy Director at the International Relations Department of BusinessEurope, at the event “Perspectives for the Mercosur-EU Agreement”, organised by the Brazilian Center for International Relations (CEBRI) on 23 November. “Now that the general elections have been held in Brazil, we trust a change on the ground in the fight against climate change will materialise and closer economic ties with a so far protected market will help EU companies to stay competitive and to be more resilient”, she highlighted, adding that the EU-Mercosur is the most important trade agreement the EU has ever negotiated. 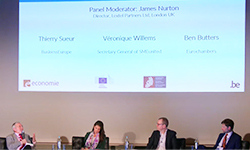 “European businesses welcome the long-awaited entry into operation of the Unitary Patent system in spring 2023”, said Thierry Sueur, Chair of BusinessEurope Patents Working Group, at the Conference “The Unitary Patent system – a game changer for innovation in Europe” on 17 November in Brussels. He highlighted that most of European businesses have been pushing hard for the reform of the patent system in Europe and particularly for the creation of an unified patent jurisdiction. The Unitary Patent and the Unified Patent Court will allow Europe to have a truly integrated patent system and offer its users a cost-effective option for patent protection and an unified dispute settlement across the continent. “The creation of the Unified Patent Court will be a real game changer, and we believe that this system will meet the high expectations of European businesses and help support their competitiveness”, Sueur added. 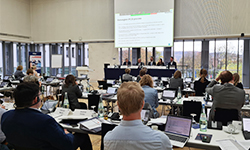 “In recent years, European companies have increasingly been confronted with unfair competition from economic operators benefitting from subsidies granted by third countries”, said Benedikt Wiedenhofer, Adviser in the International Relations Department of BusinessEurope, at the Annual Conference on European Law and State Aid 2022 of the European Law Academy ERA on 17 and 18 November. He stated that BusinessEurope has been highly supportive from the beginning of the European Commission’s plans to create an instrument to tackle distortive foreign subsidies in the European Single Market. “We thus welcome that the European Parliament recently adopted the foreign subsidy regulation and we hope that the Council will follow suit on 28 November”, Wiedenhofer said. He added that in order for the foreign subsidies instrument to work effectively while keeping the administrative burden on companies and public authorities proportionate, the upcoming implementing regulation will need to strike a careful balance. BusinessEurope will closely assess it once it is published. In the future, we will also need additional legislation to make sure that distortive foreign subsidies are tackled in the context of EU funding, particularly the Global Gateway. “This will be key to make sure that the this initiative delivers on its objectives”, he concluded.