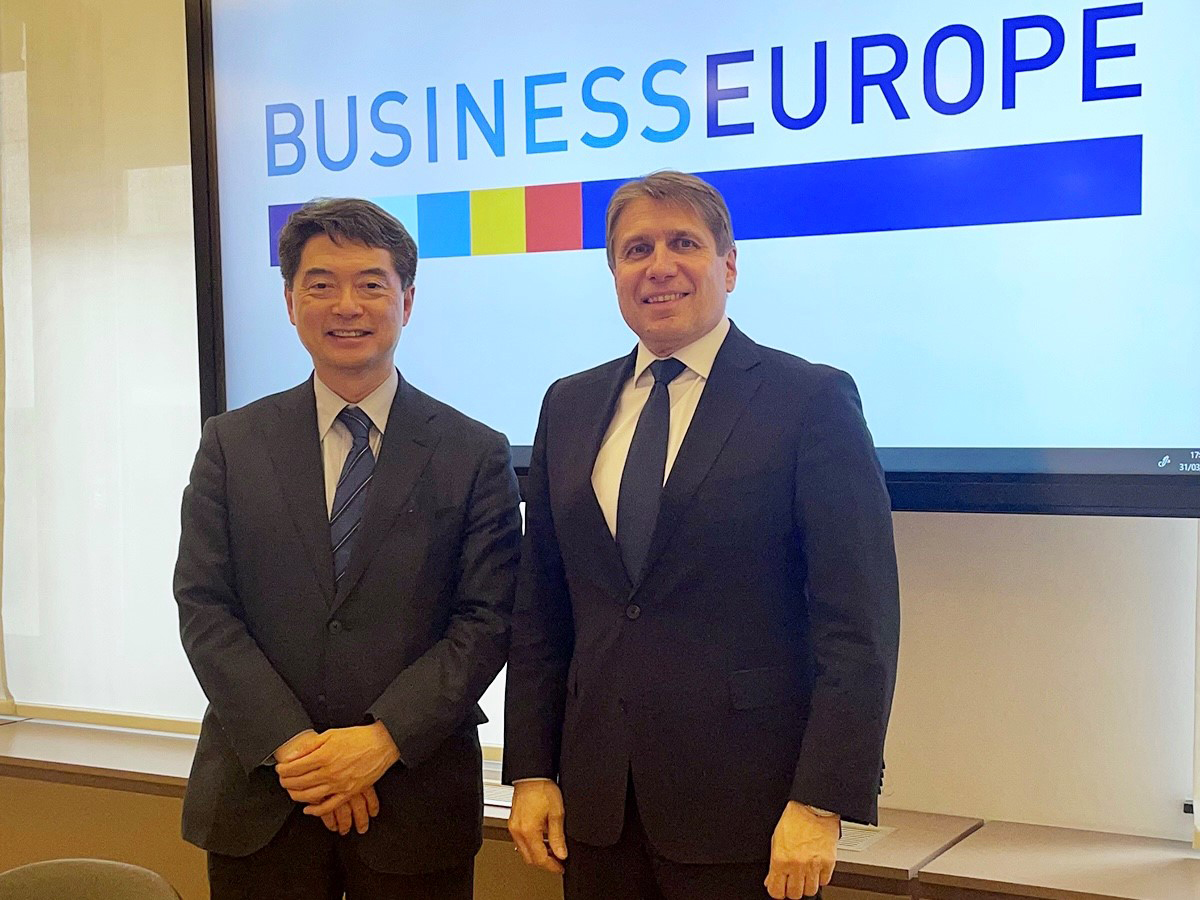 During a meeting on 31 March, BusinessEurope Director General Markus J. Beyrer and the Vice-Minister for International Affairs of Japan Hirose Naoshi talked about the strong trade and investment ties between the EU and Japan, which have been reinforced after the EU-Japan Economic Partnership Agreement that entered into force 3 years ago. They agreed that as likeminded partners, the EU and Japan share the same values and are united in many areas including in the response to Russia’s invasion of Ukraine. “European business appreciates the close coordination of the EU's and Japan’s sanctions against Russia and Belarus, as well as Japan’s solidarity with Europe recently when it directed its surplus of Liquified Natural Gas to the EU”, said Beyrer. They also discussed issues linked to the energy transition and energy security, as well as other upcoming legislation in Europe such as the Carbon Border Adjustment Mechanism (CBAM) and the Directive on corporate sustainability due diligence. At last, they underlined the importance of working together in areas of mutual interest, including through forums such as the EU-Japan Business Roundtable. 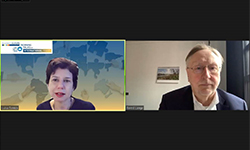 How the war in Ukraine will impact global trade and how geopolitical tensions will influence the EU trade policy and its relations with major trading partners were some of the topics discussed in the 4th edition of “Morning Talks on International Issues“ on 7 April. The event had the participation of Bernd Lange, Chair of the International Trade Committee in the European Parliament. It provided an opportunity to debate calls for the EU to become more autonomous and resilient, as well as the future of multilateralism. “The current geopolitical situation will lead to more focus on the bilateral trade agenda and I am convinced all four EU agreements with Mexico, Chile, Australia and New Zealand will be concluded within this legislative term”, said Lange. Replying on how companies could take business and investment decisions in the current global situation, he stated not to be in favour of a “friend-shoring” perspective, as it will limit companies’ opportunities and disadvantage developing countries, for example in Africa. 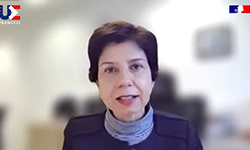 “As companies are confronted with new geopolitical risks, it becomes increasingly important to diversify market exposure both in terms of exports and imports. Trade agreements offer a unique opportunity for the EU to diversify its trade and investment flows and reduce exposure to high-risk markets from a geopolitical point of view”, said Luisa Santos, Deputy Director General of BusinessEurope at an event on Market Access organised by the French Presidency of the Council of the EU on 4 April. She pointed out that the EU should continue to negotiate ambitious trade agreements, but it should also ratify as soon as possible agreements that were already concluded but not yet ratified, like Chile, Mexico or Mercosur. Santos also stated that the EU has been making significant efforts to improve the implementation of its trade agreements and the utilisation of tariff preferences by companies. “We can still do better by further improving communication to companies regarding the opportunities created by trade agreements and we can work on further simplification and harmonisation of rules of origin. This can boost the benefits of trade agreements by expanding trade and investment opportunities to more companies”, she said. 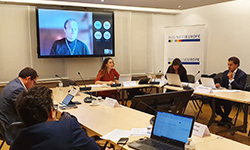 The present geopolitical context impacts the Single Market, digital economy and better regulation policies – this was the main message of BusinessEurope’s Internal Market Policy Committee’s (IMCO) on 4 April during a meeting with European Commission and EU Council representatives. BusinessEurope had policy exchanges on the impact of the war in Ukraine on the Single Market, the findings of the Commission’s Annual Single Market Report 2022, and on a proposal on the Data Act that is far-reaching beyond the digital economy policy alone. There was also an open discussion on where the EU Competitiveness Council could focus its attention during policy debates of ministers so that the Single Market regains political ground in the EU.

IMCO members made a strong plea to guarantee unconditional application of the Single Market freedoms as pre-condition to our resilience against both internal and external threats. Worrying trends which can undermine the Single Market, such as those in new digital or green transition regulations, which often open the door to market fragmentation, were noted.

BusinessEurope believes that the intended legislative action on Single Market governance by the Commission, in the form of the Single Market Emergency Instrument, should not be seen as an instrument solving all Single Market bottlenecks. On top of it, Europe needs a comprehensive overall view of how it will decisively further integrate our economies. The Commission’s suggestions under its Standardisation Strategy were also put in the spotlight during the meeting. There should be no room for Europe’s decoupling from international standardisation, and our strength could be only built together with our key trading partners. Many of the above topics were suggested to our guests as those deserving the top political discussions. 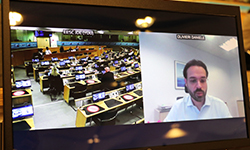 “European SMEs have been facing enormous challenges in the last two years. The outbreak of COVID-19 and its consequences resulted in a heavy toll and, just as Europe was returning to a new post- COVID normality, Russia's invasion of Ukraine, which we condemn in the strongest possible terms, brings new challenges to Europe and its entrepreneurs”, said BusinessEurope Senior Adviser Daniele Olivieri, during the event "Youth means business", organised by the Employers’ Group of the European Economic and Social Committee on 5 April. This situation, he added, brought a lot of uncertainty for businesses and this extends to the possibilities for young entrepreneurs to be confident in setting up their own company.

The event, which featured the participation of the European Commission, MEPs and representatives from SME associations, aimed at discussing how to effectively promote the potential that Europe has in young SME entrepreneurs and what is needed to overcome the barriers Europe's youth is facing when starting, and then running an enterprise. Olivieri stated that it is crucial to support the creation of a favourable business environment attracting potential young entrepreneurs. To do so, the EU and Members States need to tackle the most pressing issues, such as rising energy prices and global supply chain disruptions. At the same time, we should not lose sight of the challenges pre-existing before the onset of the pandemic: regulatory complexity in the EU Single Market, cumulative effect of legislations on SMEs, need for market-based development of alternative financing sources, countering the skills gap and skills mismatch and supporting the development of entrepreneurship skills, developing actions providing a more positive image of entrepreneurs in financial distress. 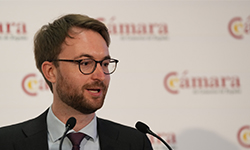 “Since 2013, the EU-Central America Association Agreement has provided a stable framework for our economic relations with the region. Central America may be far away from the EU, but its geographical location makes it a potential multi-modal transport hub and an interesting investment destination for companies seeking to serve the North American market”, said Benedikt Wiedenhofer, Adviser for international relations at BusinessEurope, at the first EU-Central America Business Forum on sustainable logistics and transport. The event took place in Madrid on 6 April 2022 and brought together representatives of industry, governments and development financing institutions from the EU and Central America to exchange views on ways to boost trade and investment ties between the regions. “Whilst EU-Central America relations have not yet reached their full potential, the Global Gateway presents an opportunity for boosting the role of European companies in transport and logistics networks in the region. For this, we need to make sure that it is implemented in a way that works for business and addresses the needs of our partner countries”, Wiedenhofer concluded. 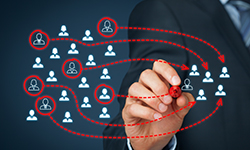 BusinessEurope has just published its policy orientation note “Minimum income in the EU-27: how to support Member States in designing effective country specific schemes?”. This provides fresh inputs to the European Commission’s expected Council recommendation proposal in Autumn 2022. The main purpose of this upcoming initiative should be to strengthen the focus on the activation potential of minimum income schemes, building on well-functioning mechanisms across Europe. A lot more needs to be done to prepare the currently inactive people for the changing jobs and the new jobs deriving from the twin green and digital transition. Financial support should be means-tested and adequacy left to the Member States to define in view of diverse economic development levels and the need to ensure sustainable public finances. In-work benefits can play an important role in bringing people (back) to the labour market in a cost-effective way. Moreover, the current levels of very low participation in training of inactive people compared to workers demonstrate the need to design targeted training measures for the inactive. This is a state’s responsibility, contrary to employee training, which is the main responsibility of the social partners. All this should be done in close cooperation with the social partners to ensure that the labour market relevance of minimum income schemes improves in the coming years. 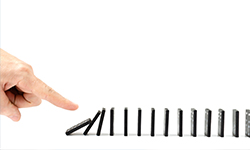 “BusinessEurope generally welcomes the European Commission’s proposal to introduce an EU instrument to protect the EU and the Member States from economic coercion by third countries. In an increasingly challenging geopolitical environment, it is important that the EU is equipped with the necessary instruments to protect its interests”, states BusinessEurope’s input to the European Commission on their proposal for a “Regulation on the protection of the Union and its Member States from economic coercion by third countries”. This instrument should be used as a deterrent and as a last resort, within the boundaries of public international law. As the legislative process is fully ongoing, it is important to clarify certain aspects of the proposal to ensure a balanced and effective implementation once the instrument enters into force. An improved process for the assessment of coercive measures, the determination of coercion and engagement with third countries requires better coordination between Member States, the European Commission and stakeholders, including business. When it comes to the EU’s response, it shall be proportionate, developed on a case-by-case basis and based on strict criteria.

Compromise reached on the TRIPS waiver could weaken intellectual property 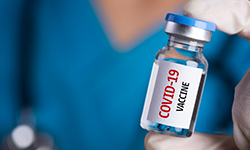 On 6 April BusinessEurope sent a letter to the European Commission Executive Vice-President Valdis Dombrovskis sharing our concerns about the compromise reached between the EU, United States, India and South Africa on the so-called TRIPS (Trade-Related Aspects of Intellectual Property Rights) waiver. The letter highlights that the challenges associated with vaccinating the global population are multifaceted and require a holistic approach, rather than one narrowly focusing on intellectual property. It further argues that the agreement reached tries to solve a vaccine production issue that currently does not exist, given that 12 billion vaccines are produced a year and COVAX (COVID-19 Vaccines Global Access) is fulfilling its commitments.  Weakening intellectual property would have unintended detrimental consequences for global health, is likely to lead to disruption in supply and collaborations and would serve as a chilling signal for innovative products. The European business community remains a strong supporter of the World Trade Organisation (WTO) and truly hopes for a successful outcome at the Twelfth WTO Ministerial Conference to also help set the rules-based multilateral trading system back in motion. The latter includes setting the right response to the COVID-19 pandemic, including through the Trade and Health Initiative, and providing better access to vaccines without jeopardising intellectual property rights that are essential to respond to this and future pandemics.