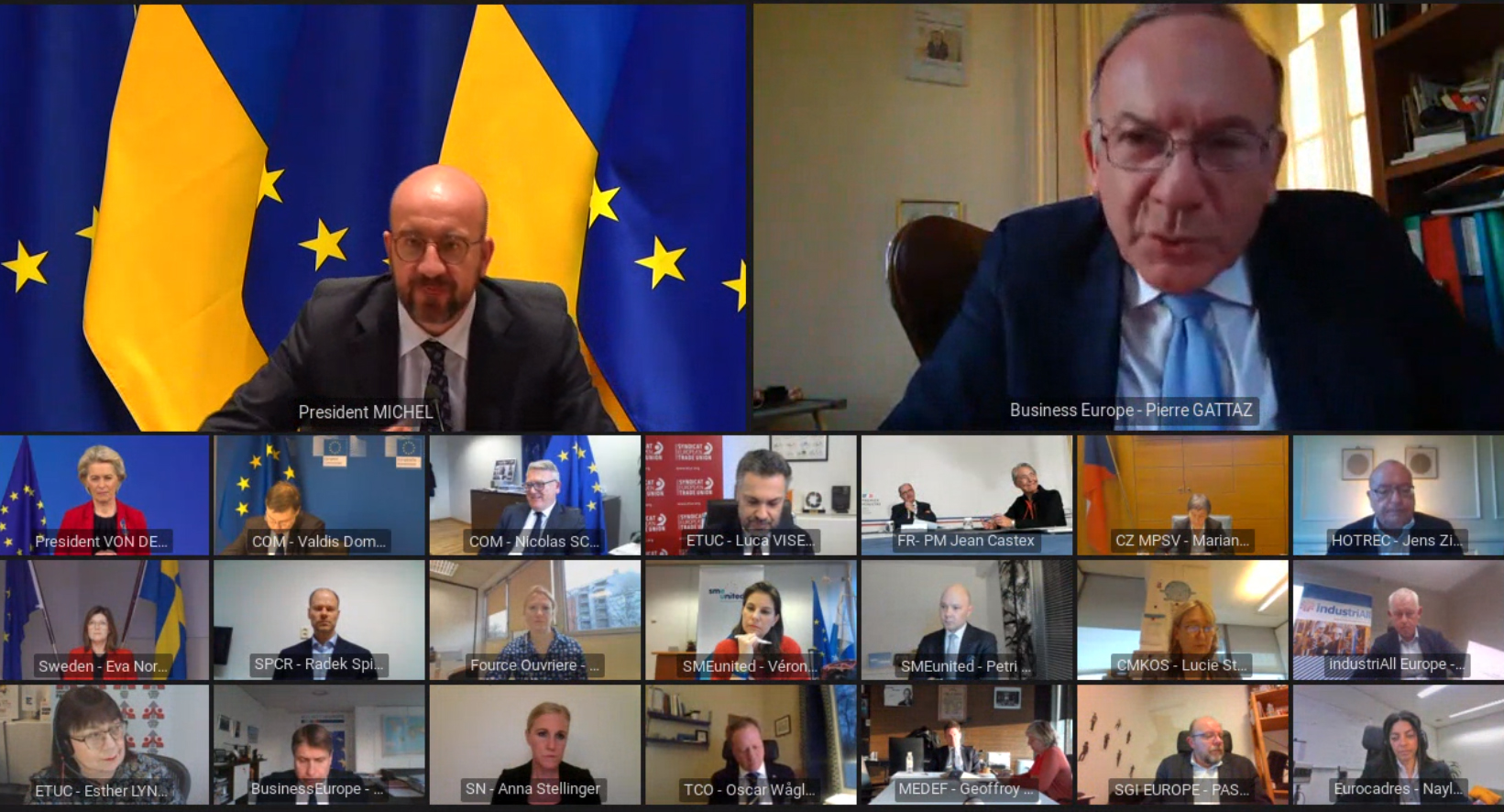 Speaking at the Tripartite Social Summit video conference on 23 March, BusinessEurope President Pierre Gattaz highlighted that European employers strongly condemn the Russian invasion of Ukraine. “The European Union must defend international law and support Ukraine and its people. Like many other actors, employers are taking concrete actions to provide humanitarian help and assist people fleeing combat zones”, he said. The EU’s global strength, he added, comes from its economic power. It is of utmost importance that the EU takes good care of its economy and cushions the secondary effects of this war (inflation, energy and raw material price increases and supply shortages, supply-chain disruptions). In particular, the European Union urgently needs to strengthen the internal EU energy market, diversify its energy supply sources and routes and provide an adequate framework to scale up the necessary public and private investments. While green deal policies are important parts of the answer, the EU also needs to acknowledge that a successful green transition also depends on realistic energy policies with feasible timelines. Involving social partners is essential when defining measures to support EU enterprises and workers and bring stability in these troubled times. The upcoming European Commission’s social dialogue initiative is a golden opportunity to foster unity by improving cooperation between public authorities and social partners at EU and national levels.

The EU’s economy after two years of the pandemic

The war in Ukraine will hit the EU economy harder than other regions, exacerbating some of the challenges around energy, inflation and public finance that the EU was already facing. Watch our Chief Economist James Watson take stock of the EU economy.

Business innovation: essential to address the challenges we face 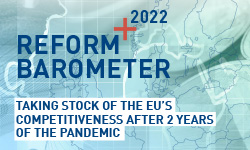 Just as Europe was returning to a new post-covid normality, Russia's illegal invasion of Ukraine, as well as bringing tragedy and hardship to millions of families, brings new challenges to the EU economy. If we are to increase our energy security, protect businesses, workers and consumers most impacted by Russian sanctions, and at the same move forward on existing challenges, we will need to build on the lessons learned from the pandemic.

When the covid crisis struck two years ago, EU governments acted swiftly to avoid long-term scarring to our economy by protecting against unnecessary bankruptcies and job losses, most notably  through generous short-term working schemes. With EU unemployment already back below its pre-crisis level, and company bankruptcies remaining around a third lower than long-term levels through the pandemic, it is clear that such bold policy making has paid dividends.

But as BusinessEurope's 2022 Reform Barometer, released this week shows, the pandemic has coincided with a surge in global innovation and entrepreneurship that few would have dared to anticipate. The last two years have seen the emergence of more new  “unicorns” (young companies with a valuation of more than $1 billion),  than in the five years between 2015 and 2019, funded by a more than doubling of global venture capital funding.

The ability of long-standing companies to adapt their business models in light of the pandemic, including to deliver life-saving drugs and equipment, and to adopt on-line operations, has been similarly impressive. According to the EU's Industrial R&D Investment Scoreboard, the 2500 highest R&D (research and development) investing companies globally, rather than cutting R&D as the pandemic hit, actually increased investment by 6%, with registration of both patents and trade-marks also rising.

In each of these areas our report shows the EU has moved forward, but needs to do more to avoid losing ground to other regions. For example,  just over 500 unicorns emerged in the EU during the pandemic compared to over 1500 in Asia and over 2000 in the USA.

The pandemic had a greater impact on economic output in the EU than in the USA and China, and this will clearly also be the case for the Russia-Ukraine war. So we need to step up our policy response to challenges which have been exacerbated by recent tragic events.

Successive shocks show the importance of building a more resilient European economy, particularly with regard to energy supply, with 40% of EU gas imports currently coming from Russia.  The European Union must urgently develop and implement a coordinated plan to decrease Europe’s energy dependency, diversify supply sources and better exploit its own energy resources, including through a strengthened internal energy market and accelerated deployment of renewable energy and energy efficiency projects.

Public finances, already weakened following covid, will face further pressures. We will see increased defence expenditure, and not only in Germany, which has already committed to increasing defence expenditure from 1.4% of GDP to 2.0% of GDP. There will also be substantial costs to absorbing and integrating refugees, both a moral imperative, and a positive response to the EU’s tight labour market. The think-tank Bruegel suggests that total discretionary spending, including addressing rising energy price and security issues, could represent €175 billion or about 1.25% of GDP in 2022 with long-term pressures of around 0.5%.

Macroeconomic policy makers will be walking a tightrope in the coming months. The European Central Bank, having already raised its 2022 inflation forecast from 3.2% to 5.1% following the Russian invasion, will need to be vigilant to rising inflation expectations whilst at the same time seeking to avoid a sharp reduction in stimulus. Similarly, fiscal policy will need to properly support impacted workers and businesses, whilst at the same time help ensure Member States take action to strengthen public finances in the medium term.

As our Reform Barometer outlines, with the EU continuing to lag other regions on key indicators such as R&D investment, fast broadband and educational performance, addressing existing challenges of the twin transitions and an ageing population requires a greater focus on competitiveness. This includes more efficient public spending, including making maximum use of the Recovery and Resilience instrument to deliver effective investment and reform, as well as developing tax systems that support investment and growth.

The pandemic has shown that our entrepreneurial and innovate capacity is as strong as ever. But these forces will only be fully unleashed to deliver the transformational response in terms of investment and consumer behaviour the green deal, in particular, will require, if we ensure that markets provide clear and stable price signals to investors and households alike. Both Member States and the Commission would do well to keep prospects for investment at the very front of their thinking in the current debate around windfall taxes. 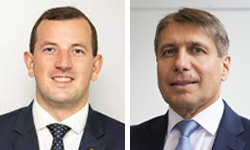 On 23 March, BusinessEurope Director General Markus J. Beyrer met with the European Commissioner for Environment Virginijus Sinkevičius to discuss some of the forthcoming environmental policy initiatives. On the Sustainable Product Initiative, Beyrer commented: "To be effective, it needs to rely on self-assessments and harmonised standards. Limiting the costs and respecting intellectual property rights and trade secrets when setting up the information requirements for products will be key". On the Industrial Emissions Directive (IED), Beyrer stressed that the current legislation is largely fit-for-purpose as it is leading to a stiff reduction of pollutant emissions. Though targeted amendments could help supporting innovation, Beyrer raised concerns on regulating greenhouse gas emissions under the IED. "This would not only lead to double regulation but more importantly it would go against the integrated approach of the IED", he said.

Addressing the impact of extraterritorial sanctions is urgent for EU companies 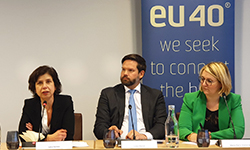 “The case of helping companies deal with extraterritorial sanctions and their impact is key. We are of course talking about the US law and its global application, for instance because of the strong position of the US dollar as a currency”, argued Luisa Santos, BusinessEurope Deputy Director General at the event “Extraterritorial sanctions? The European response on trade and investments”, organised by the EU40 group of Members of the European Parliament on 24 March. For BusinessEurope, in order to be effective and avoid unintended consequences for companies, sanctions need to be well-coordinated with allies, have clear foreign policy objectives and be targeted. “Over the past years, unilateralism is also becoming a trend in the area of sanctions. This has consequences for companies, as sanctions are often used to achieve economic objectives”, Santos continued. An updated EU Blocking Statute Regulation can be an important tool at the EU’s disposal to address these issues.

Managing the transition to a greener shipping sector 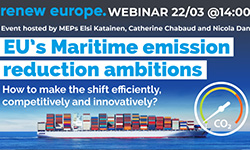 On Tuesday, 22 March, BusinessEurope took part in a virtual stakeholder event on the FuelEU maritime proposal, organised by the Renew Europe Group. Steffen Engling, BusinessEurope Climate Policy Adviser, underlined the need for taking into account the cumulative effects of the Fit for 55 proposals on the shipping sector, which will be subject to changes under the Emissions Trading System and the Energy Taxation Directive. The burden on the industry caused by these measures might lead to carbon leakage and the displacement of global cargo hubs out of Europe, a risk that needs to be monitored closely. Other speakers, representing the European Commission and the International Maritime Organisation amongst others, emphasised the need for global coordination. Industry stakeholders including BusinessEurope were unified in underlining the importance of ongoing innovation in the sector, both in terms of scaling up and further developing sustainable maritime fuels such as (Bio-)LNG; and also in making propulsion systems more effective. BusinessEurope hopes these messages will be front and centre in the upcoming negotiations.

Ensuring the right EU framework for the taxation of energy 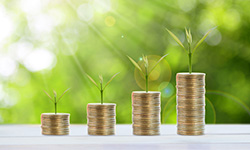 Companies need an updated and clear EU energy taxation framework which reflects the reality of today’s energy mix when investing in climate-friendly alternatives in order to have full tax and legal certainty. This was the key message of BusinessEurope’s Green Tax Group when it welcomed MEP Johan Van Overtveldt, rapporteur in the European Parliament on the European Commission's proposal for the revision of the Energy Taxation Directive (ETD), to its meeting on 18 March. The group stressed that the current ETD is outdated and needs a revision in order to reach the EU ambition of net-zero greenhouse gas emissions. Next to expressing their support for replacing the volume-based taxation structure in the ETD with a framework based on energy content, the group did raise concerns about measures proposed in the ETD that will particularly harm the competitiveness of energy-intensive industries.

How to make an EU market for secondary raw materials work 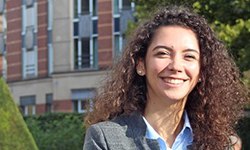 Companies need a functioning EU market for secondary raw materials and circular products, and the upcoming Sustainable Product Initiative can deliver on this objective”, said Carolina Vigo, Adviser for Environment, at the Critical Raw Materials Day on “The Sustainable Product Initiative and its potential impact on the critical raw materials value chains” on 23 March. Fostering material efficiency, besides energy efficiency, can only be achieved if requirements are proportionate. Vigo explained that “maintaining the product group approach would ensure that the specificities of the value chains are thoroughly considered and ecodesign requirements are fit for purpose". BusinessEurope welcomes the proposal of a digital product passport, as fostering the transfer of relevant data across the value chains, while keeping both circular and economic considerations should be taken into account. "Our recent paper makes a number of proposals to ensure that data transfers enable circular economy while avoiding breaching intellectual property rights or trade secrets", she highlighted.