Exchange with Commissioner McGuinness: The role of the Capital Markets Union and Sustainable Finance 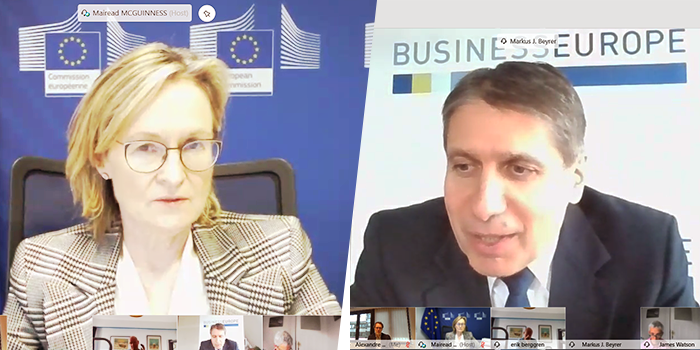 On 17 February, BusinessEurope Director General Markus J. Beyrer exchanged views on the Capital Markets Union (CMU) and the EU Sustainable Finance Agenda with Commissioner Mairead McGuinness. Beyrer expressed BusinessEurope's support for the CMU and implementing the Taxonomy Regulation. On CMU, it is important to make good progress to finance the recovery which also depends on banks' ability to lend to companies. Beyrer also recognised that the Taxonomy can lead to game changing opportunities for the EU economy: "If well designed, the Taxonomy can be a valuable tool to channel private investments towards green solutions". He also emphasised that with the current annual investment gap of €350 bn, the Taxonomy needs to support the transition of the whole economy and not greening the green.

EU-UK services: no free-trade agreement can match the Single Market 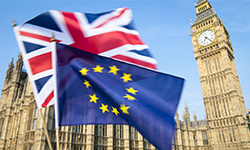 Services account for 75% of our GDP, over 70% of our workforce and more than 40% of total trade between the EU and the UK. It is thus not surprising that the end of the transition period has been very disruptive in this area.

Unlike trade in goods, the liberalisation of trade in services hinges mainly on regulatory alignment and cooperation and the free movement of workers. The European Single Market with its four freedoms – the free circulation of goods, services, capital and people – has enabled an unprecedented level of services liberalisation. Its acquis for services includes provisions enshrined in the treaties, horizontal and sectoral services regimes, and cross-cutting legislation for Single Market activities. Additionally, some overarching aspects of the Single Market, such as the unified court system with European Court of Justice as final arbiter, the free flow of data, labour mobility, and the mutual recognition of professional qualifications, are of particular importance for the existing levels of services trade within the EU. In a context where the UK valued regulatory independence from the EU more than continuous access to the Single Market, the pre-Brexit ambition of services liberalisation has been impossible to maintain.

It is, however, a misconception that the EU-UK trade and cooperation agreement (TCA) includes very limited provisions on services trade. In fact, it is the most comprehensive free trade agreement (FTA) the EU has ever concluded on services and investment, and the parts dedicated to services make up nearly 40% of its pages. Both sides undertook far-reaching commitments in areas such as cross-border trade in services, the entry and temporary stay of natural persons for business purposes, establishment, and public procurement. Even regarding market access for financial services, the agreement is in line with recent EU FTAs. However, an FTA can merely ensure non-discrimination and establish minimum standards rather than harmonise legislation. Unlike membership in the Single Market, an FTA cannot comprehensively address barriers to services trade resulting from divergences in domestic product and market regulations.

The TCA should therefore be considered as a means to limit the damage of the UK’s departure from the EU for services companies, rather than an instrument to maintain Single Market conditions. At the same time, business organisations and governments on both sides of the channel must help companies make the most out of this deal. This starts by ensuring that companies, especially SMEs, are fully aware of what they can and cannot do in services trade between the EU and the UK.

If you want recovery, support SMEs 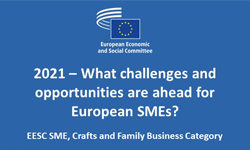 "Europe's future is closely linked to the future of its SMEs. To support them, the EU should fully acknowledge the economic impact of COVID-19, help to increase Europe's capacity to invest in green and digital technologies and take coherently into account the key role of all-sized European companies, and SMEs in particular, for European recovery. The EU Next Generation recovery package should reach companies and workers rapidly and invest in the right projects", said Daniele Olivieri, BusinessEurope Senior Adviser, on 17 February during an event organised in the European Economic Social Committee (EESC) on the future of SMEs in Europe. The event featured the participation of MEP and Co-Chair of the SME Intergroup in the European Parliament Angelika Winzig, the newly elected Spokesperson of the EESC SME, Crafts and Family Business Category Helena De Felipe, the EESC Groups’ Presidents Stefano Mallia and Séamus Boland, and the Secretary General of SMEunited Véronique Willems. “It is key not only to restore all freedoms of movement in the Single Market to pre-COVID conditions as soon as possible, but also to tear down all persisting barriers that weigh on its development, and to ensure that Europe remains open to trade and investment while safeguarding its interests under the concept of open strategic autonomy", concluded Olivieri.

New position on renewables and energy efficiency: fit for 55 package 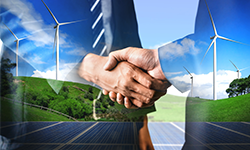 “The scope of renewable energy will need to incorporate low-carbon technologies in particular for hard-to-abate sectors, which will be key to reach our medium- and long-term climate objectives”, states BusinessEurope's position paper on the revision of the Renewable Energy (RED II) and Energy Efficiency (EED) directives. The publication of the 2030 Target Plan upgraded the previsions for the renewable and energy efficiency shares in view of Europe’s path to climate neutrality. Europe will need an inevitable increase in renewable energy development and consumption for 2030 and beyond, as well as an efficient use of that energy. On one hand, energy efficiency is at the heart of every business plan, on the other hand “deep reductions of greenhouse gas emissions can result in occasion to an increase need of energy. A cap on the energy consumption would therefore hamper industry to implement new low carbon technologies”. Energy intensity should be the leading parameter for the energy efficiency target formulation, given that industrial decarbonisation will be closely linked to availability of energy.

The updated industrial strategy should make the difference 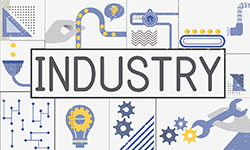 “We welcome the European Commission's timely decision to update its industrial strategy in March 2021. With it, the Commission has a golden opportunity to shape the future of our industry and companies, and allow them to fully grasp the opportunities and respond robustly to the challenges brought by a rapidly changing business environment”, states BusinessEurope's new position paper on the upcoming update of the European industrial strategy. This paper highlights the policy areas which are the most relevant to European industry and companies. It lists those policy areas that should be at the core of the update, such as the twin green and digital transitions, the Single Market, an ambitious trade agenda and governance. 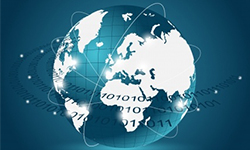 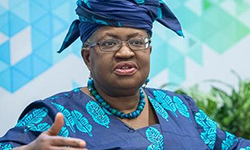 On 15 February, the General Council of the World Trade Organisation appointed Ngozi Okonjo-Iweala of Nigeria the new Director-General of the WTO. BusinessEurope Director General Markus J. Beyrer said: "It is an important day for the WTO and its mission to develop and support rules-based multilateral trade. We are confident the confirmation of the new Director General – a particularly experienced and accomplished candidate and the first woman heading the organisation – will bring new energy, optimism and trust to the organisation. A well-functioning and effective WTO is essential for companies all over the world that use the WTO rulebook in their everyday business operations. The European business community asks all WTO members to actively engage and support this momentum for reforms. We need a strong political commitment to achieve concrete deliverables in the upcoming WTO Ministerial Conference, which should take place before the end of the year. European business is ready to play an active role and bring comprehensive proposals to the table ranging from dispute settlement to trade liberalisation." 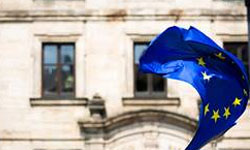 As new unilateral restrictions at internal EU borders between the EU Member States put in danger the Single Market integrity in the same way as already seen a year ago, BusinessEurope rings the alarm bell in its key messages to the upcoming Competitiveness Council meeting of 25 February. The recovery can be successful and resilience of Europe's economy achieved only on the basis of the fully functioning Single Market freedoms and investment-conducive business environment, our letter stresses.

Debates leading to policy frameworks on social economy at EU and national levels can be useful if they are well balanced. We recognise that social economy actors have a particular role to play in society to promote a better social and labour market inclusion of vulnerable groups. But EU policy intervention on social economy must not lead to initiatives that contradict or hinder the way the Treaty defines EU and national competences on social protection. It should also not hinder the functioning of the Single Market based on fair competition. At the time of the recovery, what is most essential is to ensure good use of available finance, which includes the necessary public and private investments and structural labour market reforms, to support growth, job creation and skills development. The subsidised sector should remain at a reasonable size, respecting the need to ensure sound public finances and to reduce the tax wedge on labour across Europe. These were the key messages by Maxime Cerutti, BusinessEurope Social Affairs Director, at a public hearing on "the role of social economy in a fair and sustainable recovery: input for the action plan on social economy", organised by the European Economic and Social Committee on 17 February.