EU and USA: how to build a positive agenda 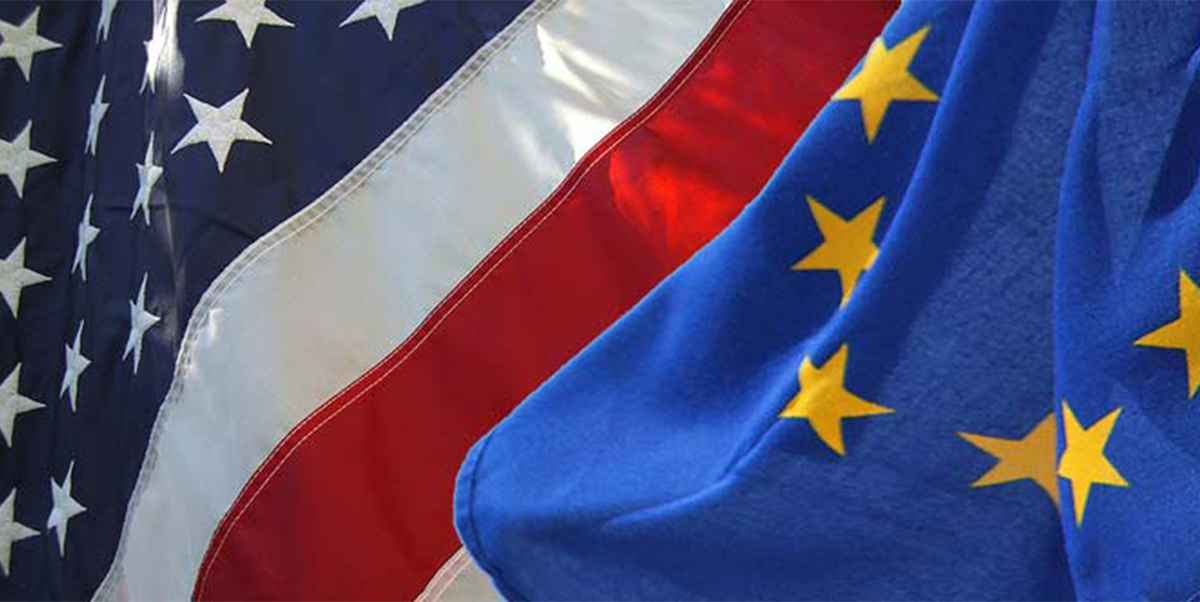 On 16 July, BusinessEurope published its position paper "EU and USA: how to build a positive agenda", on a challenging day for transatlantic relations with the decision of the European Court of Justice to invalidate the Privacy Shield. "We must ensure that data continues to flow safely across the Atlantic", said Markus J. Beyrer, Director General. He added that it is even more important for Europe and the USA to lay the foundation for a renewed and even stronger relationship. Having a formal, high-level platform for strategic dialogue on trade and economic cooperation, spanning across changing US administrations and EU institutional cycles.

It is not a coincidence that BusinessEurope presented this document exactly six months after our strategic paper on China, because the European Union, the United States and China have a central role in international trade and global value chains. "It is time for the EU to adopt a coherent and proactive strategy vis-à-vis the United States: our position paper presents concrete policy proposals that we hope will contribute to build a positive transatlantic agenda", Beyrer highlighted. The document outlines short-term and long-term objectives for three streams of work, focusing on the bilateral agenda, on how the European Union and the United States can work more closely together on multilateral issues, and finally, on the unilateral dimension - the impact that laws adopted on either side can have on transatlantic relations.

The EU and the USA have the largest trade and investment relationship in the world. Yet, lately, we have been discussing more about what divides us than what unites us. Watch our Deputy Director General Luisa Santos explain why we should build a positive agenda. 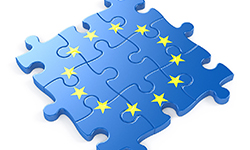 On Friday 17 and Saturday 18 July, EU leaders will meet in Brussels to negotiate the EU recovery plan and the new long-term EU budget aimed at boosting growth and employment after the COVID-19 crisis. Ahead of this crucial meeting. BusinessEurope President Pierre Gattaz today urged EU leaders to reach agreement: “Across Europe, millions of entrepreneurs will not spend this summer on holiday but fighting for the survival of their businesses and for the jobs that depend on it, as our economies continue to operate well below full pre-COVID levels”, he said. Gattaz added that we need an operational European Recovery Plan as soon as possible to be able to deliver the fiscal stimulus needed in the coming two years. To ensure that the money is well spent, the focus must be on boosting the earning and job creation capacity of European business. The disbursement of funds must structurally improve our economies and therefore be linked to implementation of reforms. 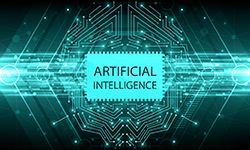 The European Commission continues to prepare to deliver on President von der Leyen's AI ambition to update Europe's legal framework so that it can oversee responsible use of this critical technology. At the same time, the Commission's AI White Paper recognised that enabling Europe's excellence in AI was just as important as fostering trust. BusinessEurope agrees with this approach. The ethical goal of supporting trusted AI through legislation must also have the goal of Europe's AI capacities in mind. As other regions race forward with large markets and relatively relaxed conditions to experiment within, their technological leaps will be greater and faster. As a result, Europe needs to get the balance between innovation and societal protection correct. The diversity of resources which Europe can bring forward is what will propel it to be a global competitive player in AI. In return, the full economic, environmental, workplace and societal opportunities AI derives can be evenly spread - leaving no one behind in the ongoing digital revolution. Read our full position.

There is progress but shortcomings remain in EU-China agreement 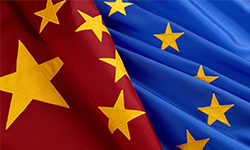 BusinessEurope met with the EU negotiating team on the EU-China Comprehensive Agreement on Investment (CAI) on 14 July. Members had the opportunity to discuss the latest political developments, following the EU-China Summit that took place in the end of June, as well as progress in the bilateral negotiations front. While the broader political environment is complicated, China is engaged in the CAI and the EU has pushed China to increase their ambition. China now needs to deliver on this ambition. In the negotiations, priority is given to market access commitments and disciplines to level the playing field. There are a number of shortcomings, for instance to improve legal certainty and leave no room for new discriminatory measures to be adopted in the future. Furthermore, discussion is on-going on rules on State-Owned Enterprises and forced technology transfers, which are key areas for the EU side. At the same time, there is progress on State-to-State Dispute Settlement, although negotiations on investment protection standards and the Investment Court System are not currently moving fast. Finally, in terms of procedure, attention is paid on getting the agreement right, leaving the timeline for its conclusion open. This depends on the level of ambition exhibited by China. BusinessEurope will continue to follow closely progress in the EU-China CAI.

Boeing subsidies: call for no further delays in delivery of award 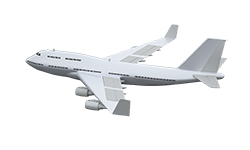 On 13 July, BusinessEurope addressed a letter to Roberto Azevêdo, Director-General of the World Trade Organisation (WTO), to express concerns on the delays experienced in the delivery of the award on Boeing subsidies. This is the final stage of long dispute settlement procedures on the Airbus-Boeing cases in the WTO. Historically, the two cases have always run in parallel, ensuring there is a balance of interest between the EU and the USA that could favour a negotiated solution. However, the USA has already been able to adopt additional duties on a number of EU products since October 2019 in the context of their case against the EU. The delay in delivering the award that will determine the compensation the EU is entitled to, means that EU exports are paying additional duties leaving them in competitive disadvantage in the US market. It is also delaying the prospects for a negotiated solution between the EU and the USA. In the letter, Markus J. Beyrer, BusinessEurope's Director General calls on the WTO to ensure there will be no further delays in the case of Boeing subsidies and that a decision is taken soon. He stressed that "this is an issue of legitimacy for the WTO, especially at this time of crisis and the on-going reform process". 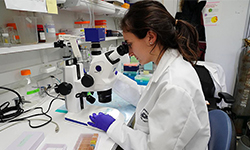 On 10 July, BusinessEurope held a workshop on Open Access rules with the “Open Science” Unit of the European Commission’s Research & Innovation Directorate General. As companies are starting to prepare their participation in the upcoming Horizon Europe programme, the workshop aimed to clarify the companies’ obligations on Open Access to publications and data and the evaluation process of their project proposals. In line with its Open Research Data paper, BusinessEurope stressed the importance to provide a framework that ensures flexibility according to the type of research data considered, building upon the “as open as possible, as closed as necessary” principle. Horizon Europe, including through its Open Access rules, should aim to enhance Europe’s values, economic competitiveness and interests.

Renewal of Apprenticeship Alliance should provide momentum for reforms 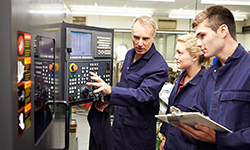 The renewal of the European Alliance for Apprenticeships (EAfA) as part of the European Commission's Skills and Youth Package should provide the stimulus for national reforms developing and strengthening national apprenticeship systems in line with the 2018 Council Recommendation on Quality and Effective Apprenticeships. This was the key message given by Maxime Cerutti, Director of Social Affairs, at the high-level event to renew the EAfA, which took place on 15 July. The existing EU policy framework on apprenticeship is a good practice of EU policymaking on an issue of national competence that could inspire the Commission’s approach to other employment and social policy issues. Part of this success is that this European policy sets an approach and objectives that are broadly shared on a tripartite basis at the European level, while leaving the necessary room for diverse national approaches and solutions by national governments and social partners. A key point for employers in this regard is to increase the share of training time that takes place in a company to more than 50%. 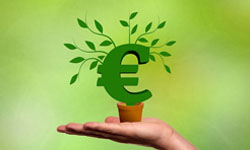 On 15 July, BusinessEurope responded to the public consultation on a renewed EU Sustainable Finance strategy. According to the European Commission, around € 470 billion of annual investments will be needed by 2030 to achieve the current EU's climate and energy goals alone. Filling this investment gap will be key. In its response, BusinessEurope has emphasized that the EU could be a world class location for sustainable finance, whilst also raising the standard globally. With well-designed and accompanying tools and frameworks, the strategy can create the needed enabling agenda that supports European businesses in their innovative transformation towards climate neutrality, sustainable growth, job creation and prosperity. For this to happen, it will be key that the renewed strategy accommodates the needs of the finance and the real economy and focuses on how to effectively channel money into increasing sustainability and supporting the recovery. 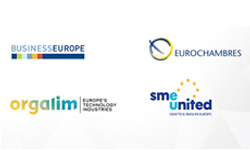 Today, BusinessEurope, Eurochambres, Orgalim and SMEunited published a joint statement to call for the swift ratification of the Unified Patent Court Agreement and the entry into operation of the European Patent system as soon as possible. The European business community supports the creation of a Unitary Patent system (including the Unitary Patent and the Unified Patent Court), which would create a more simple and harmonised European system (a “one-stop” shop) to grant patents to European companies and would also enhance the quality and efficiency of patent protection in Europe. Such a system would bring significant benefits for European innovative businesses through increased legal certainty, cost-effectiveness, promotion of research and innovation, and global competitiveness. BusinessEurope has supported this ambitious project from the very beginning and has also published two positions paper earlier this year.