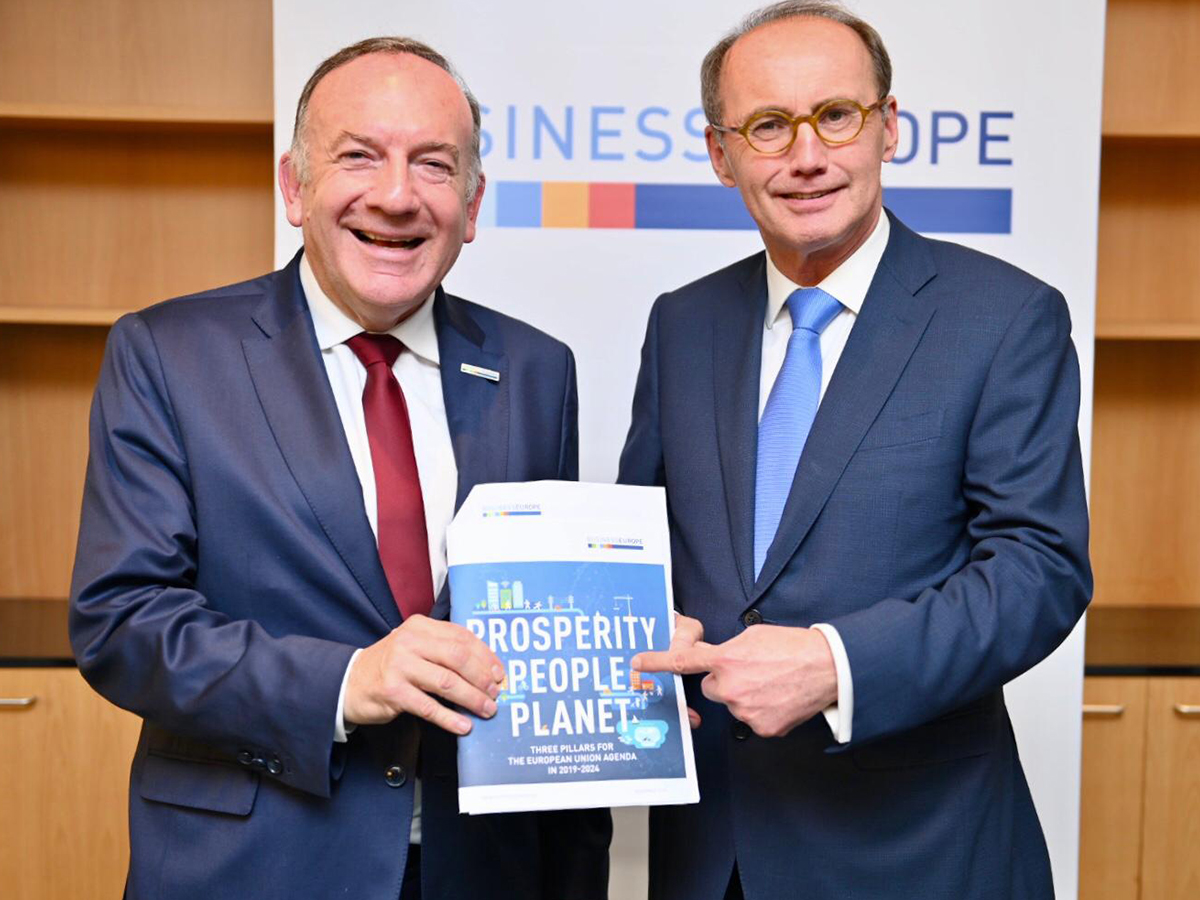 BusinessEurope and all its members presented their priorities for the European Union in 2019-2024 to the press and to European Parliament. Prosperity, people and the planet are the three pillars of the agenda for a successful Union that that they propose for future political decisions. “European entrepreneurship has a unique feature. It cares about prosperity, people and the planet. Companies have a central role to play. They need a supportive environment to be able to fully play their role in society”, BusinessEurope President Pierre Gattaz said at an event at the European Parliament to launch the publication on 13 November. “Achieving environmental and social goals”, he added, “largely depends on companies’ success: without profitable companies, no inclusive growth, no jobs, no technological solutions to protect the environment.” European businesses identified 30 priority areas for action by the EU in the coming five years. See our publication and the photo album of the event.

Video message: We need to defend our European way 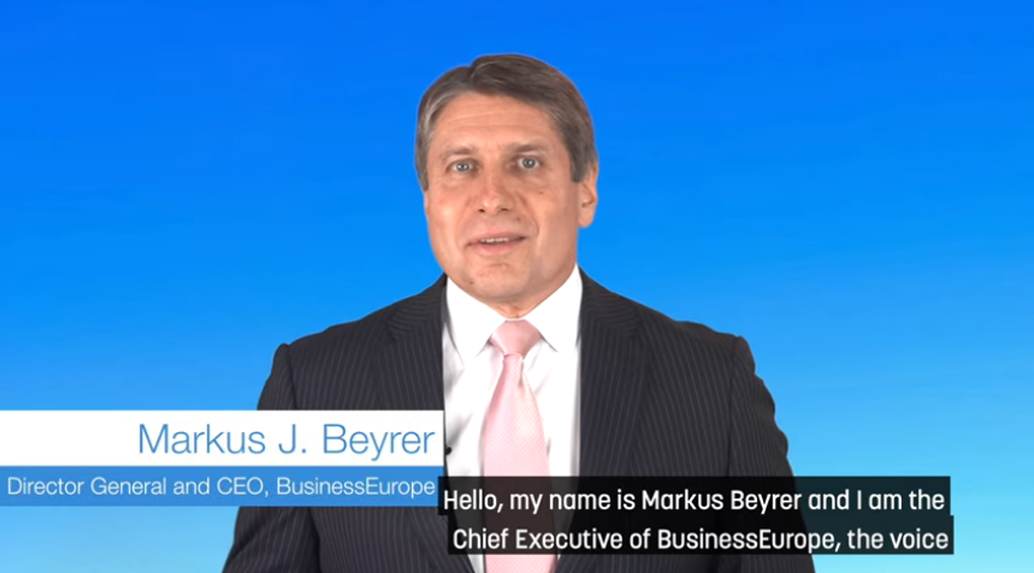 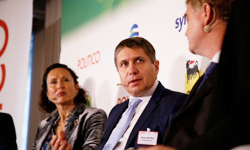 “To reach climate neutrality, the new European Green Deal must include an industrial strategy. This ensures that decarbonisation does not lead to de-industrialisation of Europe”, said BusinessEurope’s Director General Markus J. Beyrer at POLITICO’s Sustainable Futures Summit on 14 November. The Summit panel brought together high-level speakers from the European Commission, the Club of Rome and the Finnish government to discuss ways to balance Europe’s short-term climate vision with long-term benefits for growth and climate. Beyrer laid out the key conditions and actions that the European business community believes will allow Europe to reach climate neutrality by around mid-century. “For example, we need to make citizens understand what this transition means for them. Furthermore, we must get other major economies onboard in order to reach climate neutrality globally, and get a level-playing field for our industries”, he added. For more information on BusinessEurope’s views on climate neutrality, see our paper.

In a polarised world Europe needs to be an alternative 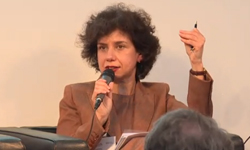 “China is now a major world economy and European companies have also contributed to China’s success. China’s sustainable economic growth now depends on its ability to open its market to foreign competition”, said Luisa Santos, BusinessEurope Director for International Relations at the EconPol Conference 2019 – Europe’s Competitiveness and the Rise of China, on 7 November. The comprehensive investment agreement that the EU and China are negotiating, she added, is a step in the right direction. “We aim at concluding by end of 2020 but only if the result is ambitious. Substance is more important than time”, Santos pointed out. The event was an opportunity to discuss the current economic situation in China, the impact of the trade tensions between the USA and China and Europe’s competitiveness vis-à-vis China. “In an uncertain and polarised world, Europe needs to reinforce its competitiveness and present an alternative economic model that is neither protectionist nor state-centric”, she concluded. 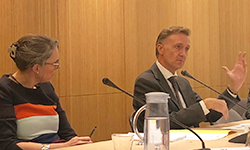 Following the European Commission's publication of the “Study on the Evaluation of the Energy Taxation Directive (ETD)” in September, BusinessEurope's Green Tax Group was pleased to welcome Vicente Hurtado Roa, the European Commission’s Head of Unit “Indirect Taxes Other than VAT” of the Directorate-General for Taxation and Customs Union’s (DG TAXUD) to its meeting on 12 November. Hurtado provided further explanation on the study’s concerns about the current implementation of the Energy Tax Directive (which sets minimum levels of taxation for energy products and electricity), and answered questions from the group. The group highlighted that it supports the European Commission in ensuring that the ETD remains effective and operational, without hampering competitiveness for business while meeting wider climate policy objectives. 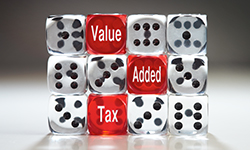 “We strongly support the fight against VAT fraud, which harms the vast majority of businesses that pay their taxes in full but this fight must be targeted and not affect legitimate businesses” – this was the key message of the BusinessEurope’s VAT-Group, when it welcomed Costanzio Lanza, Deputy Head of Unit of “Tax Administration and the Fight against Tax Fraud” at the European Commission’s Directorate-General for Taxation and Customs Union (DG TAXUD) to its meeting on 13 November. Lanza gave an overview of the recent measures that were taken by the European Commission to strengthen the fight against VAT fraud, such as the upcoming central electronic system of payment information (CESOP), a database which will store electronic records of online sales, collected by payment service providers, to counter fraud in online commerce. The VAT-Group stressed that further initiatives to counter VAT fraud should not come with excessive burdensome reporting requirements for all businesses, before assessing the quality and relevance of the large amount of data businesses already have to collect. The group also encouraged the European Commission to increase their dialogue with national tax authorities and invest together in their IT-systems, for instance through blockchain, to follow the flow of goods across borders more closely and to deliver a strong and most efficient response against VAT-fraud. 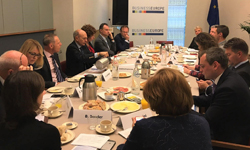 BusinessEurope organised an informal working breakfast between the governing bodies of BusinessEurope’s Internal Market Policy Committee and the European Parliament’s Internal Market and Consumer Protection Committee on 5 November in the European Parliament. At the exchange called “Single Market in the New Legislature”, members of both committees shared their views on the priorities for the Single Market, stressing the need for better implementation and enforcement of the Single Market rules we have today. “It’s absolutely necessary to do much more on implementation and enforcement” - this seems to have been a clear point of agreement. In the discussion, participants stressed the need for more integration of the Single Market and roll-out of digital technologies in scale, in order to safeguard Europe’s leadership and enable it to address the greatest challenges of today, such as climate change or ageing population. The Single Market role in transition to more sustainable models of economy was discussed, and there was also an exchange on better law-making principles. The participants concluded that this meeting was a good opening page of cooperation that would need to continue in the future. 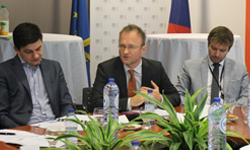 “Ever closer, never single” was the lunch debate organised by the Czech Permanent Representation to the EU and Czech business organisations on 12 November to discuss remaining barriers to the four freedoms in the Single Market and complex policy decisions needed to address them. “Even basic Treaty principles, such as the one guaranteeing freedom to provide services without establishment for example, are put into question quite often in negotiations or policy discussions”, said Martynas Barysas, BusinessEurope Director for Internal Market. He added that strong oversight of adherence to the four freedoms of the Single Market in policy and law making should be ensured. “Moreover, the Single Market will not fix it all but it is wrongly blamed for everything. Structural reforms in Member States should be implemented vigorously as well”, he pointed out. Deputy Permanent Representatives of the invited Member States, Members of European Parliament, representatives of the European Commission, the Czech government, business organisations and trade unions also participated in the debate. 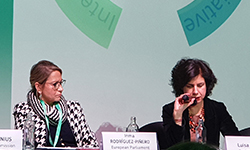 The European Commission Directorate-General for Trade made public the results of an ambitious four-year project that collected data on international procurement flows in major markets on 13 November. The International Public Procurement Initiative (IPPI) analysed about 40 million contracts and identified 364 barriers in 9 foreign procurement markets (amongst which Brazil, China, India and the USA). The ultimate goal of the project is to build a database that will allow policy makers as well as business to have better knowledge about barriers and main trends in international procurement.

During the event Luisa Santos, BusinessEurope Director for International Relations, said that European companies face significant barriers when they participate in tenders in third countries. “This is true for countries like China or India that are not members of the WTO Agreement on Government Procurement (GPA). However, European companies also face problems in the USA, which is GPA member, for instance regarding Jones Act.  It is challenging to open these foreign markets because the European market is to a large extent already open and many governments use public procurement contracts to promote local industries”, she stated.

Santos highlighted that there is currently a lack of centrally available information on the barriers that obstruct European companies from bidding on tenders in third countries. “The IPPI project has the potential to enable policy-makers to design data-driven, smart and targeted policies. Additionally, the IPPI data would allow companies to better assess the risks of participating  and bidding on tenders in third countries”, she said, adding that it would be highly valuable if the data that has been collected through the IPPI project could be shared with the business community as this is an area in which we lack systemic information. 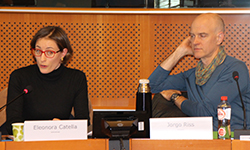 Representatives from BusinessEurope’s International Relations Department participated in two events on the EU-Mercosur free trade agreement on 13 and 14 November. The first event took place at the European Economic and Social Committee, and gathered organisations from all across civil society. The second event took place at the European Parliament, and was organised by Pascal Arimont MEP for an audience of young farmers from his constituency. Eleonora Catella, Senior Adviser for International Relations, explained that the free trade agreement with Mercosur is very positive for European businesses, because they will now have greater access to a large market of 260 million people that has so far been very closed. This is an agreement that will remove import duties on over 90% of EU goods exported to the region, facilitate trade in services between the two partners and allow our companies to bid for public contracts on equal terms with Mercosur companies. While opening Mercosur markets, this deal will also uphold our high standards including for food security, safeguarding human rights and the environment. “It is the largest agreement ever made on Geographical Indicators (GIs), protecting 350 European ones. It also includes the precautionary principle and has very strong provisions on the implementation and enforcement of indigenous rights, International Labour Organisation (ILO) conventions and the Paris Agreement”, she highlighted. In order for the EU to seize this first mover advantage, BusinessEurope now encourages both parties to make rapid progress on the technical details and appeals both Parliament and Council to undertake a swift ratification process.

Why we urgently need WTO reform 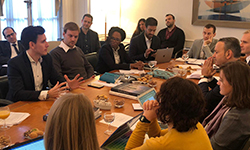 “Why did the global trading system appear to work well until recently and why has this changed all of a sudden?” Maurice Fermont, Adviser on Trade and Investment at BusinessEurope asked participants of the Turkey Europe Future Forum at a roundtable discussion in Brussels on 12 November. He explained that the World Trade Organisation (WTO) was conceived as a flexible institution that would evolve in parallel to the modern economy. The inability to agree on new rules since the institution’s inception has produced a number of economic asymmetries that undermine the global level playing field for European companies. The deadlock in negotiations to upgrade the WTO originated in disagreements across a number of areas, such as agriculture. Today, the deadlock largely continues due to the interests of certain WTO members in maintaining their policy flexibility to exploit these asymmetries, for example in the area of subsidies, for one-sided economic gain. “The impact of this unlevel playing field on European business is growing as countries’ relative share of global GDP is changing. In order to preserve the WTO as an institution meant to secure a level playing field between its members, a pragmatic course for reform is therefore acutely necessary”, he highlighted