Gattaz: we need to put our economic house in order 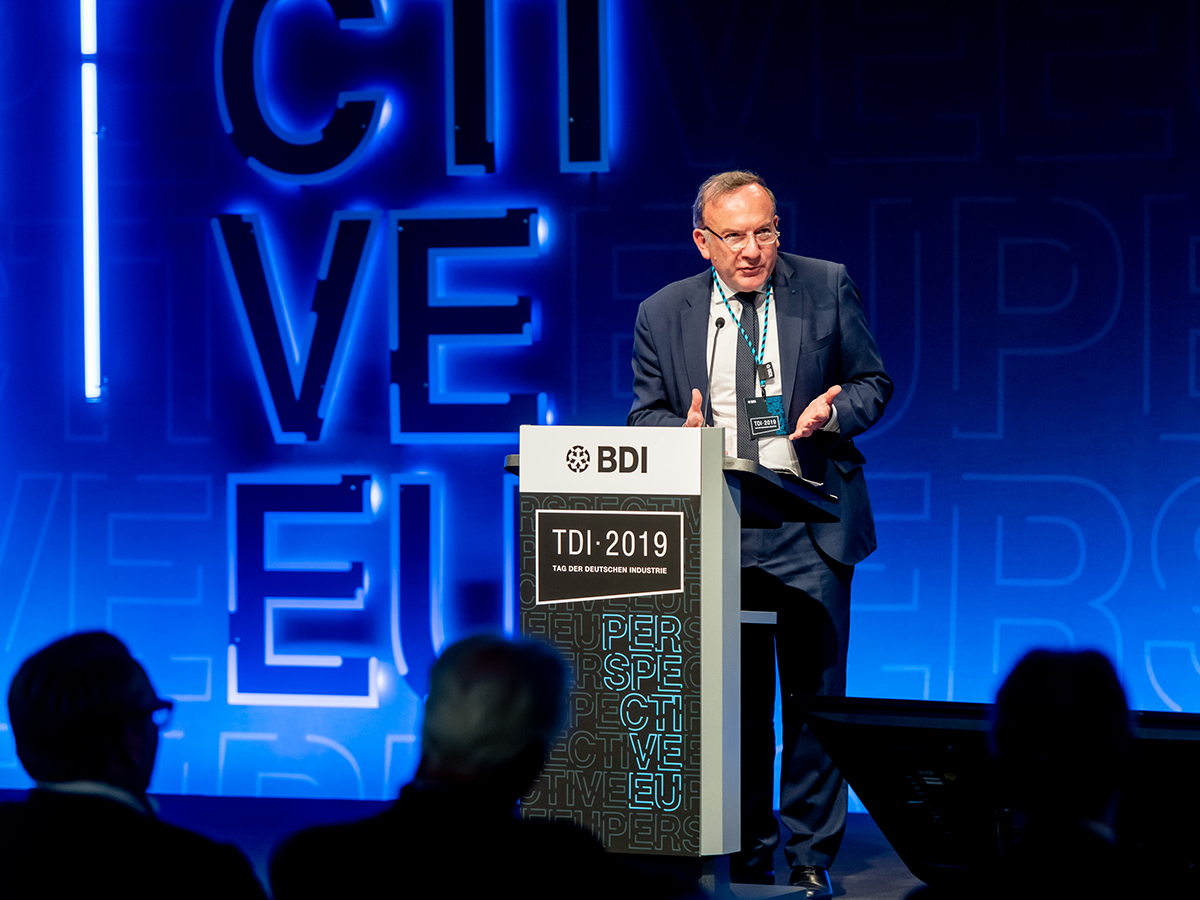 “Economically the glass is half full. We have passed the peak of the recovery. We will still have growth, but it is slowing down and there are downside risks. There is no time to waste to put our European economic house in order”, said BusinessEurope President Pierre Gattaz at the “Day of German Industry” in Berlin on 3 June 2019. At the event, Gattaz discussed the perspectives for Europe, its strengths as well as its weaknesses. He pointed out that the EU made our European way of life possible. Europe is a necessity. However, the EU is facing many challenges – Brexit, disruption in the international order and protectionism. “Business will bring solutions if governments pursue investment-friendly policies”, Gattaz added. In a panel discussion with the entrepreneurs Stephan Schambach and Priit Alamäe, he underlined that it is important that we uphold our high standards in terms of labour, consumer protection and the environment while maintaining our ground towards giants like the USA and China.

Tariffs: are we back to 19th century trade? 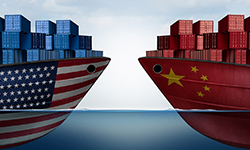 The trade environment is changing every day and if you are working for a company active in different countries around the world you are struggling to decide where to invest and how to organise your supply chain. For instance, if your company is selling cars to the US market and part of your intermediary products are coming from China and your production site is in Mexico, you are hit by 25% additional duties in your intermediaries and very likely by 5% additional duties in your final product as of June 10. So, what to do? Start exporting cars directly from Europe knowing that you might face additional duties in some months? Or simply decide to produce everything in the USA but risk your product becoming much more expensive and uncompetitive? This is just an example but these dilemmas are common to many company managers around the world.

Yet two years ago nobody could have predicted that the world would be facing a “tariff war”. This looks more like 19th century news. The 21st century trade policy discussions have been about rules and how to prevent divergent regulations from becoming a barrier to trade. Since the World Trade Organisation (WTO) was created twenty years ago the trend is to curb tariffs not to increase them. Average tariffs are very low in developed economies like the EU, Japan or the USA, between 3%-6%. So, is the trend reversing?

It is clear that the current US Administration believes tariffs are a solution for a number of problems, many of them outside the remit of trade, like we have seen recently with the threat to Mexico because of migration. Imposing tariffs or threatening to impose tariffs is a way to demonstrate power, it’s like showing a loaded gun and trying to make your opponent understand that you are stronger and he has to bend to your wishes.

But are these actions in line with existing trading rules or are we in a “wild west movie”?

The USA has been justifying a number of its additional tariffs on the grounds of national security (Section 232). This is disputable and many of the countries suffering from these measures have launched WTO complaints, including the EU, arguing the USA is breeching the rules. The USA is claiming that it does not recognise the WTO any competence to assess measures taken on the basis of national security. Moreover, the USA is blocking the appointment of judges to the WTO’s appellate body putting at risk the whole dispute settlement mechanism. As of December, we risk having rules that cannot “de facto” be enforced. In the end does it pay to break the rules?

The world trading system is based on stable and predictable rules. It works on the assumption that everyone will respect their commitments and follow the rule-book. If a major trading partner decides to break the rules and disrupt the system, the reaction might not be immediate but it will come. Affected countries will react and take measures to safeguard their own interests. For instance, the EU has adopted rebalancing measures and safeguards regarding the US additional duties on steel and aluminium and China is also responding to US measures.

In the end operators will adjust but there will be an economic impact. Products will become more expensive for consumers and investment decisions might change.  As an example, according to the US Chamber of Commerce, the potential tax increase that would be passed along to US businesses and consumers by a 5% tariff on Mexican imports is $17 billion. The impact on the economy will follow. For instance, JPMorgan Chase & Co. indicated that the probability of a US recession in the second half of 2019 had risen to 40% from 25% a month ago.

We are living in the 21st century and our economic model is based on global supply chains, servification and digitalisation. Using 19th century tools to correct supposed unbalances will only create disruption and spur economic and political tensions. 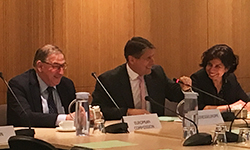 On 29 May, the International Relations Committee of BusinessEurope met with Jean-Luc Demarty, former Director-General in the Directorate General for Trade of the European Commission (DG TRADE), during his last day in office. Markus J. Beyrer, BusinessEurope Director General, thanked Demarty for his dedicated service and for promoting the interests of the EU in the area of trade, in an increasingly challenging environment. “Under your leadership, the services have delivered a number of important trade agreements, such as the one with Japan, and DG TRADE has successfully implemented a significantly open and transparent approach to policy-making”, Beyrer said. “In BusinessEurope, we are thankful for your openness and cooperation”, he continued. BusinessEurope wished Demarty every success in his new position as a special advisor to the President of the European Commission on issues related to the World Trade Organisation (WTO) and multilateral trade, as well as on EU-USA relations. At the same time, BusinessEurope looks forward to cooperating with the newly appointed Director-General, Sabine Weyand.

“Achieving a level playing field in the economic relationship between the EU and China has been a priority of European business for years. Unfortunately, there are many indicators showing that we are moving away from this goal instead of progressing towards it”, said Luisa Santos, Director for International Relations at BusinessEurope during a panel discussion on the EU-China relationship at the Clingendael Institute in The Hague. Santos explained that there are still too many market access barriers for European business in China, market distortions, incidents of forced technology transfer, and increasingly, unfair competition in global markets as well as in our own. Therefore, the EU must take urgent action to level the playing field as Chinese market-based reforms remain anecdotal. In terms of market openness, for example, China continues to rank 59th out of 62 countries on the Foreign Direct Investment (FDI) Regulatory Restrictiveness Index of the Organisation for Economic Co-operation and Development (OECD). Santos added that the EU should design new instruments and strengthen existing instruments to mitigate the negative spill over effects created by market distortive practices of third countries such as China. In addressing these problems, however, we should not become protectionist. The EU should remain an open economy, while no longer being naïve about the negative implications of China’s state-centric system. The EU should therefore defend itself against unfair economic practices and actively promote market-based economic governance. “Besides defending our market-based economy, the EU must also take ambitious action to bolster its own competitiveness vis-à-vis China”, she said. Of all the global “unicorns” start-ups that reached a valuation of 1 billion dollars – that have been founded since 2010, only 29 are European, while 81 are Chinese and 139 are American. 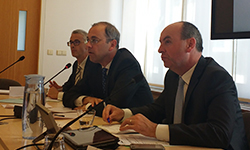 BusinessEurope’s Economic and Monetary Affairs committee (ECFIN) welcomed to its meeting on 29 May Boris Kisselevsky, Head of the European Central Bank representation in Brussels. The group discussed, amongst other issues, the current economic climate for 2019, as well as the ongoing work on deepening the Economic and Monetary Union (EMU), which will reach an important stage with the ECOFIN-Council in June. The group stressed that the deepening of the EMU is crucial to ensuring long-run stability and growth.