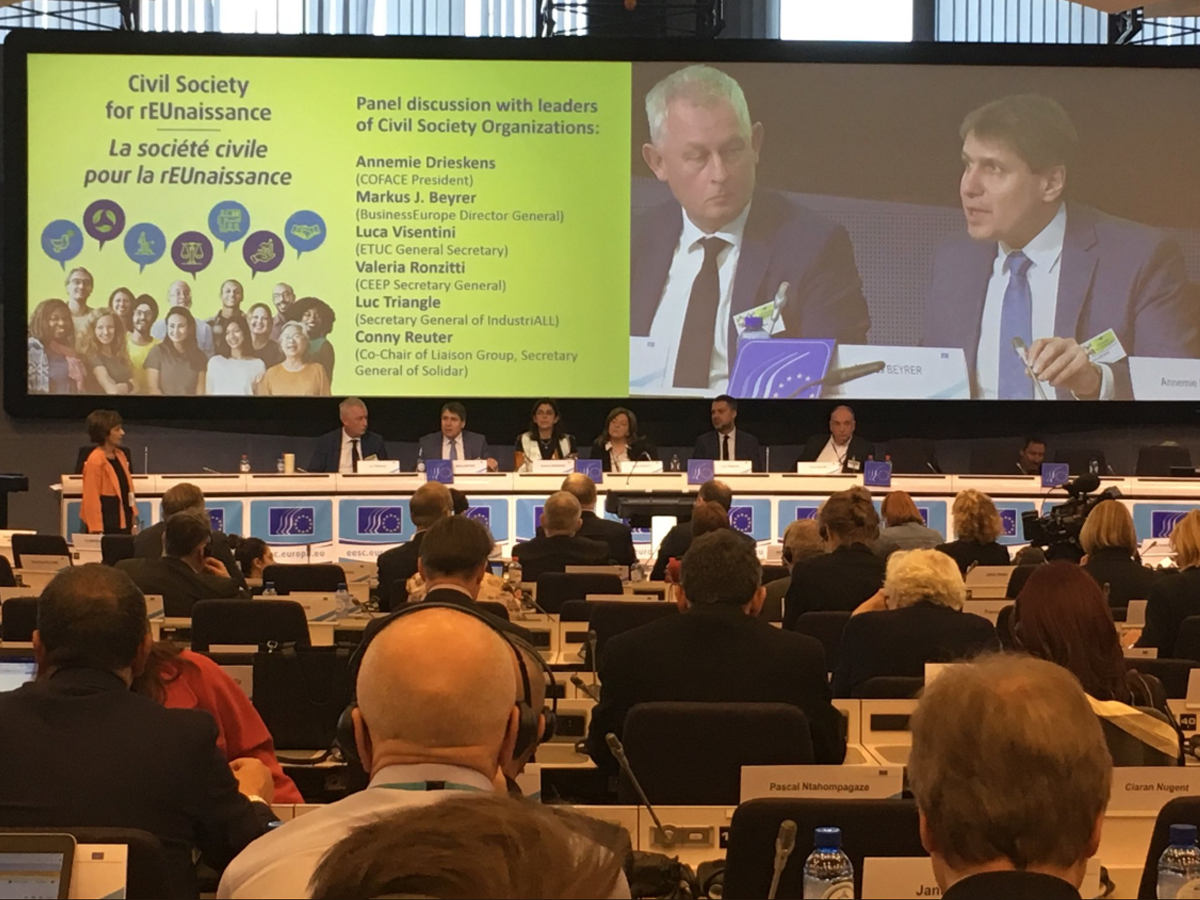 “The business community is intrinsically pro-European. We want a strong Europe, we want to be global leader in digitalisation, innovation and sustainability”, said Director General Markus J. Beyrer at the event “Civil Society for rEUnaissance”, organised by the European Economic and Social Committee (EESC) on 21 February in Brussels. The event aimed at mobilising civil society at all levels in the run-up to the European elections in May 2019. Beyrer took part in the panel discussion with leaders of civil society organisations, such as the European Trade Union Confederation and IndustriALL. He added that “only together we count in the world to shape the global agenda for the future”.

Social dialogue: key issues for the future of Europe 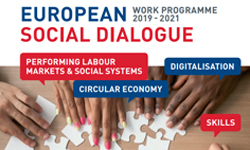 Once appointed as European Commission President in 2014, Jean-Claude Juncker made social dialogue one of his top priorities. In June 2016, the Commission, the Council and the European social partners committed themselves and reciprocally to “a new start for social dialogue”.

This was an encouraging step. First of all, because, for the first time, tripartite cooperation included not only the Commission, but also the Council. The quadripartite nature of this statement (Commission, Council, EU employers, EU workers) was more than a symbolic step. The European social policy is by and large a national competence. The EU’s role, as defined in the Treaty, is to support and complement Member States’ and national social partners’ actions. This is in recognition of the fact that they are, and should remain, the key players when it comes to social policy. That is why the European semester plays a strong role in the context of the EU social policy. Ensuring that national social partners in all EU countries have the capacity they need to play their autonomous role on the labour markets was also rightly identified as an important priority. As of today, social partners in a significant number of countries simply do not have the resources needed for them to play the role that is expected from them by the Treaty when defining the EU as a social market economy.

The Commission’s right of initiative is fully understood and respected. But respecting the autonomy of social partners is an equally important principle for EU action in the field of social policy. This past experience is unfortunate and should not be repeated. But what matters now is the future. We should look forward.

In this year of political transition at European level, the European social partners came up with their priorities in a timely manner. On 6 February 2019, they presented their work programme for 2019-2021 to the EU institutions and the wider public. Together with the European Trade Union Confederation (ETUC), we have put on the social dialogue agenda key issues for the future of Europe, such as digitalisation in the world of work, and the strategic objective of improving the performance of labour markets and social systems.

BusinessEurope is fully committed to this agenda and we want to make sure that this will set the path for a good synergy with the next Commission’s social affairs agenda. Let us therefore be clear that it would not be the right approach for this or the next Commission to foster legalistic debates on the right interpretation of subsidiarity in view of EU and national competences.

Companies want to be supported in their competitive market realities by having access to enough people with the right skills and mindsets for them to succeed. European employers need modern and flexible labour market regulations that help them adapt to changing economic circumstances. Workers want good jobs, perspectives to develop in their career, and to offer better conditions to their children. It would not be realistic or desirable to expect from the EU to achieve these goals by creating new European rules. Europe’s economic and social fabric is complex and diverse. To be effective, solutions most often need to be designed as close as possible to the companies and workers.

But Europe matters. Because our continent and our people share some interests and characteristics that can be part of our strengths in today’s changing world. This will be so only if we collectively manage to move away from rhetoric. If we choose to engage genuinely and constructively in a well-balanced European labour markets reform agenda that supports the convergence of our prosperity, in accordance with our values. An agenda that strengthens Europe’s power, for other world powers to respect us.

Time for a real market on secondary raw materials 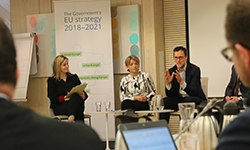 “We need a functioning market for secondary raw materials to bring Europe to the next level of circularity”, said Alexandre Affre, Director of Industrial Affairs, at a conference on circular economy organised by the Mission of Norway to the EU on 26 February. In a panel with the aluminium company Hydro and the European Banking Federation, BusinessEurope discussed the financing needs and supply / demand measures that have the potential to accelerate the transition towards a circular economy. Affre stressed the importance of developing the right demand-side measures to make circular products and services more appealing.

Photo copyright: Mission of Norway to the EU

The need for rules-based trade 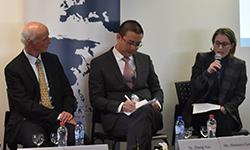 On 25 February, BusinessEurope participated in the event “Trumps Tariffs and Trade Doctrine: Responses from the EU and China”, organised by the European Institute for Asian Studies in Brussels. “There is a global trend whereby decisions on trade tend to be based more on political reasons instead of economic ones”, said BusinessEurope’s International Relations Senior Adviser Eleonora Catella. “The U.S. Administration is trying to address concerns that are also shared by European companies with regards to China. However, when EU business looks at the trade talks between China and the U.S., it is left wondering whether their conclusion will be based on a quick fix or whether a long-term perspective that contributes to better rules will be adopted”, Catella stated. Multilateral rules, she added, are outdated and no longer fit for purpose, and were adopted on the assumption that China would evolve into a market economy. While China is working on its reform process, the delivery is slower than anticipated and the EU will have to adopt a strategy based on the situation on the ground, equipping itself with appropriate tools to tackle existing distortions. 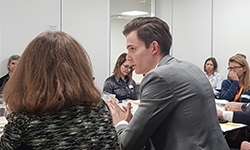 “The energy transition will present an unprecedented challenge. European businesses are ready to make a substantial contribution, but it is evident they do not hold all the cards in their hand. We need a radical shift in mindset by society as a whole”, said BusinessEurope’s Environment and Climate Adviser Leon de Graaf. He made his remarks during a panel on 27 February at Euractiv, where the European Commission and other stakeholders gathered to discuss the challenges that industry faces in the EU’s decarbonisation roadmap. De Graaf added that all Paris Agreement signatories have agreed to collectively review and increase their climate ambitions in a progress called the Talanoa Dialogue. “It is crucial that this dialogue delivers real results. Based on whether they converge with Europe’s ambitions or not, Europe should think about possible additional safeguards to protect its industries”, he highlighted.