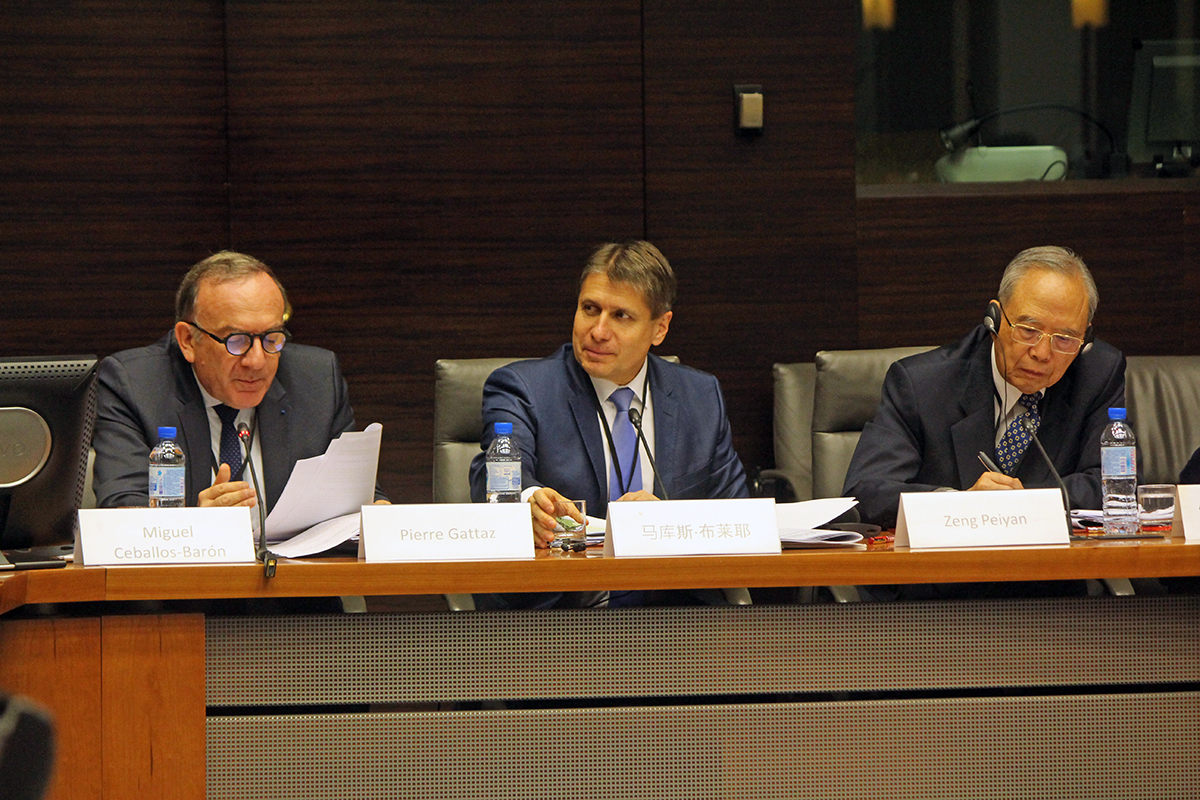 “China and Europe have largely benefited from trade and open markets. We have an interest in keeping a world trading system that is stable and predictable but also effective. By working together, convincing other important trading partners that the system can be reformed for the benefit of all, we will be fighting protectionism while promoting more modern and effective trading rules”, BusinessEurope President Pierre Gattaz stressed during his opening remarks at the 2nd EU-China CEO and Former Senior Officials Dialogue, co-organised by BusinessEurope and the China Center for International Economic Exchanges on 29 and 30 November in Brussels. The second edition of the Dialogue brought together more than 30 European and Chinese CEOs and high-level officials to discuss the pressing issues of the economic and trade relationship between Europe and China. The sessions allowed an exchange of views on trade and bilateral investment, connectivity, the reform of the World Trade Organisation (WTO), and the research and development (R&D) policy. The joint statement issued at the end of the two-day dialogue can be found here.

Single Market: from defensive to practical and forward-looking approach 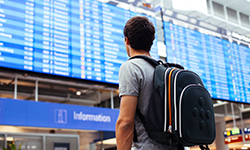 It is the time when policy makers and all interested parties start discussing what kind of actions to improve the Single Market we need in the future, given the fact that the present European Commission’s and Parliament’s mandates are coming to their end. Upon request of the European Council back in March, on 22 November the Commission issued its communication on the “Single Market in a Changing World”, originally seen as report to identify remaining barriers and shed a bit of light in terms of the future agenda.

The European Council is set to discuss it in its December meeting. The paper confirms the advantages of border-free movement of people, capital, goods and services, as well as of the data economy, at the same time warning they should be defended more than ever in the wake of global tensions and the rise of protectionism. It falls short of thorough mapping of obstacles and the way forward in the Single Market, for objective reasons one might say, and rather calls on the European Council to “renew their engagement with citizens and businesses to promote continued political and public support for the Single Market”.

It seems that we are on the defensive: the communication comes with a warning, and rightly so, on dangers of barriers re-emerging in Europe. This means, instead of fully focusing on the future, we still need to fight to maintain what we already have. Take services for instance – which is 70% of the EU’s GDP, making up more and more of the value added in industrial output – where we spend quite an effort just to defend presently valid rules under the Services Directive. Or the digital Single Market for Europe, where the new E-Privacy rules as proposed would, for instance, hinder the EU ambition on successful roll-out of Artificial Intelligence because of their overly restrictive approach that would impact our abilities to continue delivering high-quality innovative services for citizens.

Indeed, we need a switch from a defensive to practical and forward-looking approach to make our market fit for the future. In this sense, we welcome a Commission’s call on the EU leaders to renew engagement with citizens and businesses to promote continued support for the Single Market. BusinessEurope is ready to contribute and happy to share its initial suggestions on the future priorities for the Single Market beyond 2019. There is a lot still to be done so that the Single Market remains the best place to do business and work in the future.

BusinessEurope Council of Presidents united on Brexit and future of Europe 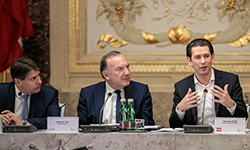 During its Council of Presidents in Vienna on 22-23 November 2018, the Presidents of BusinessEurope member federations met with the Federal President of the Republic of Austria, Alexander Van der Bellen and had the opportunity to exchange views with the Federal Chancellor of Austria, Sebastian Kurz. At their statutory meeting on 23 November, BusinessEurope adopted a statement on Brexit [LINK] ahead of the special meeting of the European Council on 25 November and also agreed on its “Ambition for Europe in 2030” that will be published on 11 December 2018. 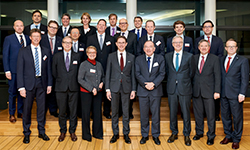 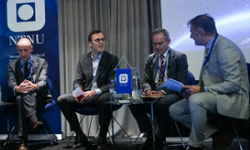 “Opening Horizon Europe to third countries with a strong track record on research and innovation is beneficial for the EU’s competitiveness”, said Alexandre Affre, Director for Industrial Affairs, at an event organised by the Norwegian University of Science and Technology in Brussels on 26 November. Affre took part in a panel with Director General Jean-Eric Paquet on the proposal for the Horizon Europe funding programme for research and innovation, currently being discussed in the European Parliament and Council. In particular, he stressed the “concerns with the more restrictive approach to associated countries and third countries participation” and commented on EU business being eager to continue its close collaboration with long-standing partners like Norway or Switzerland in the framework of Horizon Europe. See our full position here. 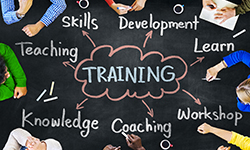 Ensuring that the education and training that people undertake responds to the actual skills needs of companies is essential and something that needs to be improved. This will help young people to enter work for the first time and help adult workers to continue to advance in their careers. Vocational and educational training (VET) has a particularly important role to play in meeting the growing demand for a digitally competent workforce and in the attainment of STEM skills (science, technology, engineering, and mathematics), which are in high demand by employers. It also remains an important challenge to improve the quality and effectiveness of apprenticeships by undertaking the necessary reforms at the national level. These priorities need to be part of a future EU VET policy framework that support reforms, mutual learning and exchanges. To achieve this, there needs to be a strong degree of coherence between this framework, the European semester process, and financial tools, notably the European Social Fund+. These were part of the key messages given by Maxime Cerutti, Social Affairs Director, at the 25th anniversary celebration of FUNDAE – the Spanish tripartite foundation that provides training for employment – on 27 November in Madrid.

Encouraging fairness and transparency in the platform economy 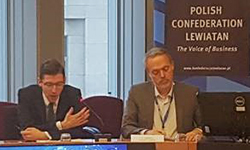 As this legislature heads into its final straight, considerable efforts are being made by all European institutions to pass the Platform to Business Regulation. This attempts to inject greater transparency and fairness into the relationship held between platforms and the business users that choose to list upon them. Along with the Members of the European Parliament Michal Boni and Henna Virkkunen, at a Parliament roundtable “P2B or not 2B” organised by BusinessEurope Polish member federation Lewiatan, Patrick Grant, Adviser for the Digital Economy explained that platforms offer great opportunities in terms of access to a wider geographical audience while enabling focussed spaces to visibly compete within. Yet the importance of platforms is turning into dependency for business users. This opens possibilities to market frustration. “Our digital economy should not be susceptible to frustration by a small group of players. At the same time, platforms need to be able to continue offering the vital services they do”, he said. While BusinessEurope supports Parliament’s continued work on the file to keep up with Council’s ambitious progress, particularly to  enable trilogues to deliver this initiative for our digital single market before the end of the legislature, some finer points need to be addressed still – more details on BusinessEurope’s position here. 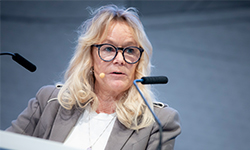 “The number of SMEs taking advantage of Free Trade Agreements (FTAs) should be increased”, said Anna-Lena Bohm, Chair of BusinessEurope’s SME Committee in a panel discussion organised at the European SME Assembly held in Graz on 19-21 November. Bohm stated that low awareness or excessive administrative burdens result in missed opportunities and useless costs. In order to get more SMEs taking advantage of FTAs, three main actions are needed, she pointed out: to enhance basic information on FTAs, to make compliance with the rules of origin less complex and to launch national action plans aimed at increasing companies’ utilization of tariff reductions in the EU FTAs (see details here). The discussion was moderated by Niklas Bergström, Chair of BusinessEurope’s International Relations Committee. Pictures of the SME Assembly can be found here. 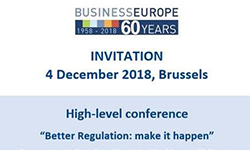 The better regulation agenda is important for business, stakeholders and European citizens in general and it should be among the priorities of the EU’s next legislative cycle. This is why BusinessEurope is organising a conference on this topic on Tuesday 4 December, where we aim at bringing together speakers and attendees from EU institutions, national contexts and the business community.

The concept of “better regulation” may mean everything and nothing and can thus be difficult to define. For companies, important aspects of better regulation include regulatory simplification and quality and transparency of the EU decision-making processes, which we identified as main topics for the upcoming conference.

Regulatory simplification is key because companies, including SMEs, are in many areas the main addressees of the EU regulation. Therefore, it is important that the EU creates a clear and coherent legal framework in which companies can operate, without imposing norms that unnecessarily complex. It is also important that no burdens are added when EU law is implemented in the national context. That is why we advocate for more transparent transposition of EU Directives.

The quality and transparency of the EU’s decision-making process are key because transparent and inclusive processes are in the interest of all stakeholders, but also because it is important that discussions on legislation are informed by fact-based impact assessments. The political discussion about the impact of the proposed legislation should, in other words, have a fact-based background as reference point.

In my view as an adviser working on this topic, better regulation is not a short-term vision about creating advocacy opportunities. Rather, it is about enhancing the legitimacy of the European project. The EU is not nation-state and for better or worse, relies mainly on forms of legitimacy related to the effectiveness of the policy outcomes it creates and the efficacy and openness of the decision-making process. Better regulation is precisely about these issues. If we are serious about the EU, we as businesses should keep the focus on Better Regulation in order to enhance the trust of citizens and companies in the European project.

Please click here for the full programme and registration.

Do not force companies to post margins for their hedging activities 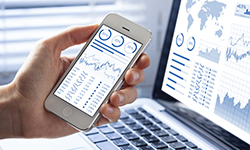 Requiring non-financial companies to post margins for their hedging activities could significantly increase costs, weaken their balance sheets and possibly deteriorate their rating, BusinessEurope Director General Markus J. Beyrer wrote to representatives of the European Parliament, to European Commission Vice-President Valdis Dombrovskis and to the European Council. The liquidity posted will not be available for much needed investments, slowing down the recovery of the EU economy.