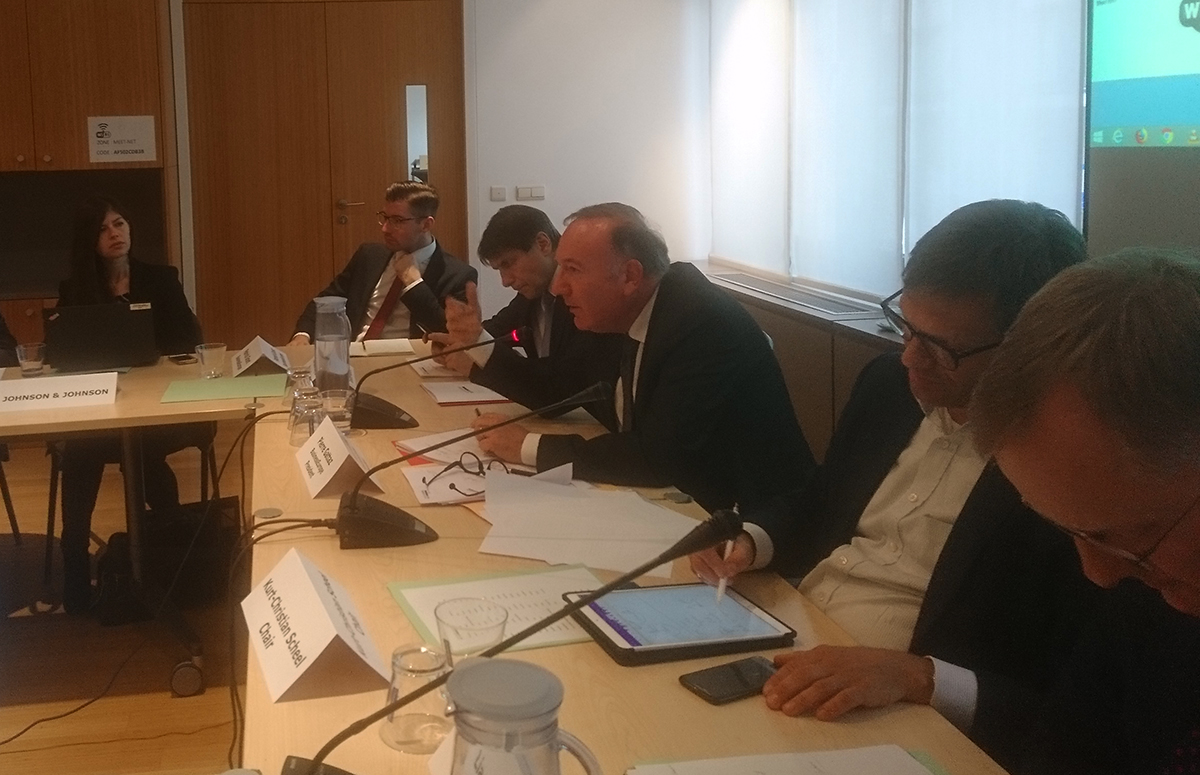 “This is not just about economics and power. Completing the Digital Single Market will also aid our society through improving everything from health care and transport, to education and energy supply. Digital can help solve global problems we face as citizens and businesses, but Europe should also have 'a story to tell' on digital, a vision to deliver to people of what and how business is a part of solutions”, said BusinessEurope President Pierre Gattaz during a meeting of the Digital Economy taskforce involving representatives from the European Commission Directorate-General on Communications Networks, Content and Technology. President Gattaz also stated that the Digital Single Market has the potential to boost Europe’s economy and streamline Europe’s competitiveness and growth and as an international policy area, its completion will also aid Europe’s standing on the global stage.

Africa and the EU need to move closer 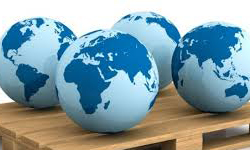 Home to a relatively young population of 1.2 billion people and some of the world’s fastest growing economies, Africa is a vibrant continent that presents tremendous business opportunities. At the same time, however, many of its countries are struggling with long standing conflicts, contested regimes and stagnant economies. The continent will need between an incremental USD 200 billion and USD 1.2 trillion per year to reach the sustainable development goals by 2030. To provide opportunities for a population that is expected to double by 2050, with 20 million young people coming into the labour market every year, improving the business and investment climate and creating conditions for countries to move up the value chain will thus be key.

Therefore, it is essential that the African and European private sector are closely involved in future EU-Africa relations. While public funding institutions need to make more extensive use of blended finance instruments that leverage private sector investment through reducing investment risk, structured public-private dialogues on all levels need to identify measures to improve the investment climate in African countries.

Moreover, conditions need to be created for African countries to diversify their economies and become part of regional and global value chains. Presently, the share of African countries in world trade is only 2% and intra-African trade amounts to merely 18% of the total trade conducted by African countries – for the EU it is 70%. Due to insufficient infrastructure, corruption, delays at the border and other issues, the cost of moving a container from a port in West Africa inland is roughly 2.5 times what it would be in America. The African Continental Free Trade Area could unlock the tremendous development potential of intra-African trade, joining up Africa’s fragmented markets, igniting industrialisation and creating millions of jobs. While it will take time to accomplish this ambitious project –goods and services schedules have not yet been specified, nor have key annexes to the text been finalised – the Economic Partnership Agreements with the EU could be important building blocs towards the continental free trade.

Now is a golden opportunity for Africa and the EU to move closer and the European business community is eager to contribute to increasing ties between the two continents and promote jobs, growth and sustainable development.

EU-US: What to expect from the US mid-term elections? 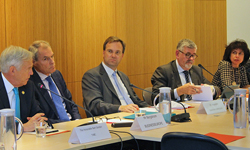 BusinessEurope and the Transatlantic Business Council – TABC jointly organised the seminar “What to Expect from the US mid-term Elections?” on 24 October. The Honorable Bart Gordon, currently U.S. Director of the TABC and formerly a member of the U.S. House of Representatives, and Christian Burgsmüller, member of the Cabinet of the Trade European Commissioner Cecilia Malmström shared their views on what to expect from the U.S. mid-term elections and, more broadly, their reading of the state of play of the transatlantic relationship. BusinessEurope’s main priority remains to have a positive bilateral agenda. In this light we welcomed the outcome of the visit of the European Commission President Jean-Claude Juncker to Washington, last July, and we now monitor closely the work that is being carried out following the EU-US Joint Statement. 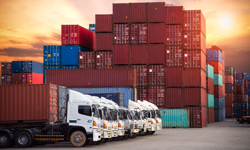 Organised by Canada, a mini-Ministerial meeting takes place this week in Ottawa, with the participation of trade Ministers from Australia, Brazil, Canada, Chile, the European Union, Japan, Kenya, Mexico, New Zealand, Norway, Singapore, South Korea and Switzerland. On this occasion, leading business associations from around the globe signed a statement calling for urgent action to reform the World Trade Organisation (WTO). The statement highlights the role of trade and the establishment of fair and predicable rules under the WTO in increasing jobs and prosperity. Acknowledging that after 23 years, the WTO needs to be updated to better reflect the realities of an evolving economy and expectations from businesses and citizens, the statement urges WTO members to work together to improve it as an organisation. These efforts should also be concentrated at restoring the functionality of the WTO’s Dispute Settlement System. BusinessEurope has also published a position paper on the future on the WTO. 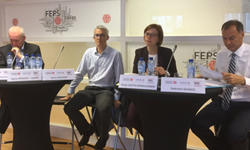 “We must reinforce the EU's role in increasing growth, competitiveness and convergence, including through the implementation of growth-enhancing structural reforms and sound fiscal policies”, was the key message of BusinessEurope's Economic Director, James Watson at an event entitled “Renewing Macroeconomic Policy”, at the political think-tank, the Foundation for European Progressive Studies (FEPS), on 17 October. Speaking at the event chaired by former European Commissioner Laszlo Andor and also featuring the Member of the European Parliament (MEP) Jakob von Weizsäcker, James also referred to the key finding from our annual Reform Barometer that while the EU generally makes the right reform recommendations to increase growth and competitiveness, implementation by Member States remain too low, at around 20% according to assessments by BusinessEurope's member federations.

Business calls on Member States to deliver on Research & Innovation 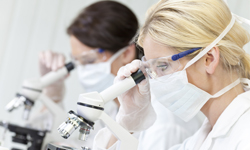 In a letter to the Austrian EU Presidency on 19 October, BusinessEurope urged the Council to accelerate the negotiations on the Horizon Europe programme. The conclusion of negotiations before next year’s EU elections is key for companies: this package sets the EU’s programme for research and innovation during the 2021-2027 period. BusinessEurope acknowledges that the time is scarce, but a delay means a backward step to growth and economic development, to the creation of new job opportunities and sustainable solutions. Industry needs clarity on the new programme as soon as possible because of its impact on companies’ planning on where to invest, when to invest, how much to invest and on what to invest. Business counts on the Austrian EU Presidency to fix the Council’s position at the next Competitiveness Council of 30 November.

Increasing economic resilience in the Economic and Monetary Union 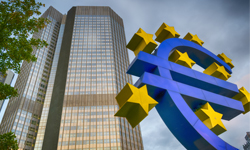 "Growth enhancing structural reforms, as well as further efforts to strengthen public finances are key to increasing economic resilience in the EU", was the key message of BusinessEurope’s Economic Director, James Watson, at a conference organised by the European Commission’s Directorate‑General for Economic and Financial Affairs on "Economic Resiliance in EMU" on 23 October in Brussels. Noting the importance to increasing resilience of raising both the long-term rate of EU growth and reducing high-levels of structural unemployment in many member states, James also stressed the need to find agreement on EU level initiatives, notably the deepening of both the Economic and Monetary Union (EMU) and the EU Single Market. At national level, as our annual reform barometer, notes, it is important that Member States improve the implementation of growth-enhancing structural reforms, with presently only around 20% of such reforms suggested by the EU being satisfactorily implemented. 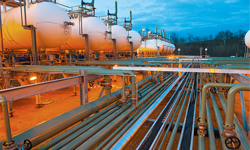 “There are still a number of legal, technical and socio-economic aspects that have not been properly assessed yet”, commented Markus J. Beyrer, Director General of BusinessEurope, in a letter to the Austrian EU Presidency on the on-going revision of the gas directive. The letter cites, for instance, the impact on security of gas supply at affordable prices, the question of investments protection, the risk of uneven level playing field and the policy uncertainty it creates. “It seems more appropriate to deal with all questions on the application of EU rules for gas infrastructures within the new gas package, based on a comprehensive impact assessment”, Beyrer concludes.