Gattaz: extremely concerned about lack of progress in Brexit negotiations 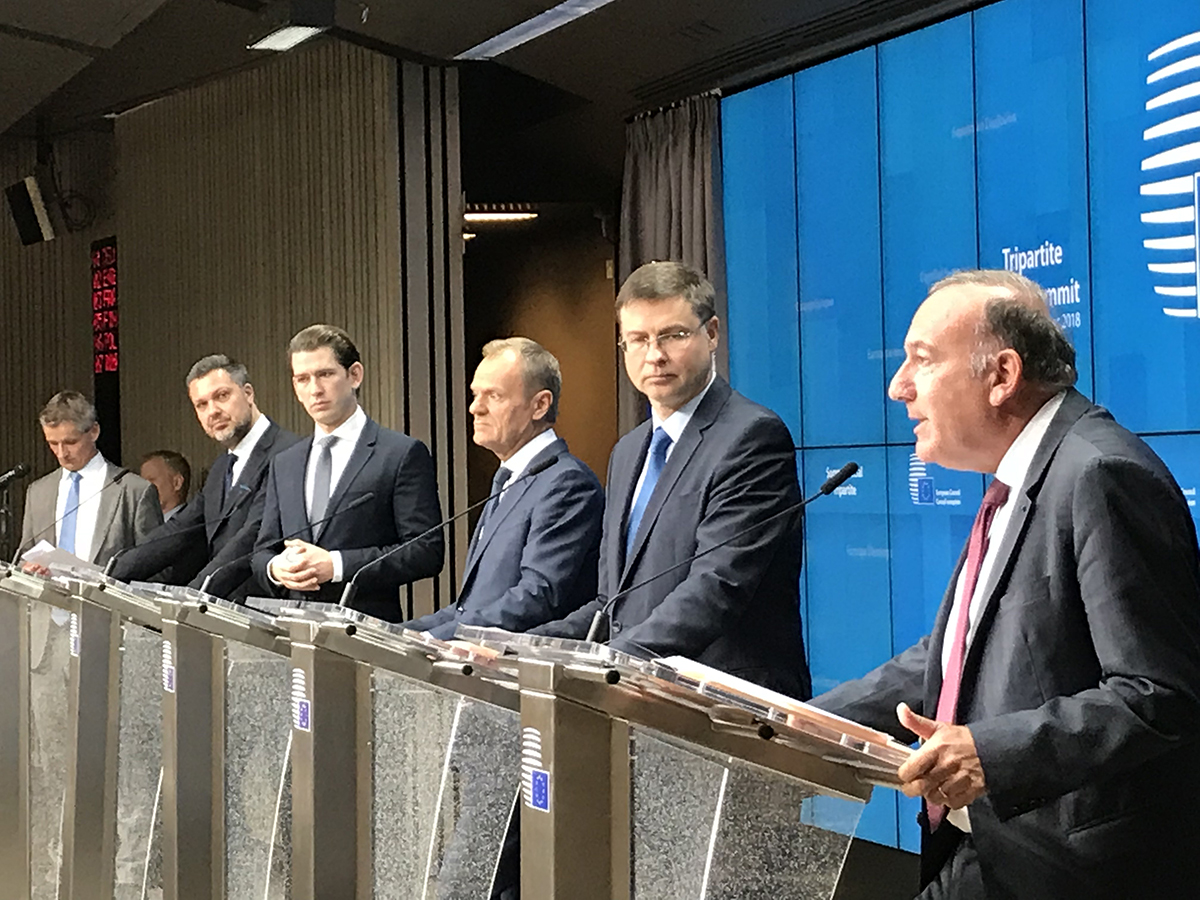 At the Tripartite Social Summit on 16 October, BusinessEurope President Pierre Gattaz stressed that “avoiding a chaotic Brexit is a top priority for BusinessEurope. It is absolutely essential to finalise the withdrawal agreement with a status-quo like transition period in time to allow for ratification”. Gattaz also recalled that the EU economy has been growing at a good pace but there are risks linked to political uncertainty and rising protectionism. “There is urgent need to put our European house in order,” he added. His intervention (read the full speech here) also covered other key points such as digitalisation, the need to further strengthen our Economic and Monetary Union and to move away from ad hoc crisis management of migration. “The European elections are approaching very fast. There is no time to waste. EU leaders must show that they are able to bring real answers to the difficult challenges facing Europe”, concluded the President of BusinessEurope. 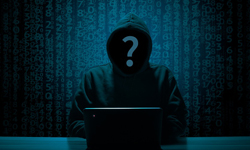 Recent headlines around the world have depicted the unprecedented rise of cyber espionage in recent months. The growing practice whereby state funded actors are hired to actively steal the intellectual property (IP) of businesses for the strategic gain of that country is reaching inexcusable levels. Critical infrastructure and vital technologies are all at risk. These technologies are coming ever closer to our citizens and more deeply engrained into our everyday lives. Europe should be concerned.

The cyber theft of business IP also means a loss of GDP, growth, jobs and innovation for Europe. We cannot be global digital leaders without a sufficiently safe region to invest in. The German mittelstand, Spanish healthcare, British finance sector, Swedish defence and luxury companies in Italy have all fallen victim to cyber enabled industrial espionage. All corners of Europe are increasingly under threat. No sector is spared. So, what has our response been?

Slow. Reports show that European businesses take three times longer than the rest of the world to realise a cyber-attack has taken place on their company. While businesses allocate funding to counter cyber threats through cutting edge technologies and reorganisation it seems that the weakest link in the chain will always be the height European cybersecurity. BusinessEurope continues to support ongoing negotiations regarding the Cybersecurity Act as an initiative that should support base-line cybersecurity capacities in Europe and raise awareness amongst technology users. But we believe more can be done.

While the private sector focuses on cyber defence, the EU should lead on cyber offence in order to deter these activities and counter cyber enabled industrial espionage from even taking place. Firstly, the Trade Secrets Directive should be taken seriously and fully implemented. We note some EU Member States lagging behind. A study could also be launched by the European Commission to determine legal options that are at our disposal. Then if necessary, economic or diplomatic action should be taken as a way to apply pressure on malicious states.

Cooperation between European governments, agencies, businesses and citizens to find a solution to this global problem is drastically needed. Everyone has a role to play to ensure cyber secure conditions for a safe and trusted digital European base. Otherwise our competitiveness, prosperity and leadership will be diminished. 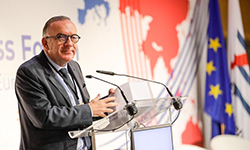 Connectivity is a key priority in current EU-Asia relations. But there are some main principles for improving connectivity between Europe and Asia - transparency and non-discrimination in public tenders, improved interoperability, implementation of common international standards, solutions that are sustainable from an economic and financial point of view. Different standards and market fragmentation due to sometimes conflicting regulations are also major obstacles for companies operating in both regions. While governments need to create the right environment, business can bring the most effective solutions for today’s and tomorrow’s challenges ranging from climate change to cybersecurity. These are some of the main conclusions of the Asia-Europe Business Forum that took place the 18 October in the Egmont Palace in Brussels and brought together political leaders, including the Prime-Ministers of Norway and Vietnam, and business leaders from Asia and Europe. There was also strong support for open and rules-based trade, against protectionism.

Innovation, digitisation and skilled workforce are key for Europe 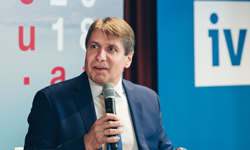 “What Europe needs is a clear vision and a future-oriented industrial policy. Our future will depend on investments in European research and innovation performance to strengthen key technologies and boost competitiveness”, said BusinessEurope Director General Markus J. Beyrer at an expert panel organised by the Federation of Austrian Industries (Industriellenvereinigung) on 12 October to discuss European industrial policy. “Research, innovation and a skilled workforce are the basis for smart digitisation and therefore key to secure prosperity and competitiveness in Europe also for the future”, he added. These messages found broad support on the panel, including by Heimo Scheuch (CEO of Wienerberger AG), Reinhold Steiner (CSO of RHI Magnesita), MEP Barbara Kappel and Wolfgang Burtscher, Deputy Director General of the European Commission Directorate-General for Research and Innovation.

Pushing for a positive agenda in the transatlantic relation 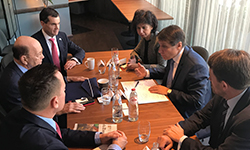 “European business is keen to actively support any actions that create more trade and investment opportunities for both US and EU companies. Eliminating tariffs and non-tariff barriers on all industrial goods would be an important step in this direction”. This was the key message conveyed by Markus Beyrer, Director-General of BusinessEurope during the meeting with U.S. Commerce Secretary Wilbur Ross on 17 October. BusinessEurope is very supportive of the ongoing discussions between the EU and the U.S. on Regulatory Cooperation. It is important that the good work done during the Transatlantic Trade and Investment Partnership (TTIP) negotiations is taken forward, for instance in the automotive sector, but we should also look at other areas where the EU and the U.S. have an interest in setting common approaches such as pharmaceutical, medical devices or engineering. Secretary Ross highlighted the sense of urgency in the ongoing discussions and the need for concrete deliverables in a short period of time. This is also in the interest of the business community on both sides of the Atlantic. 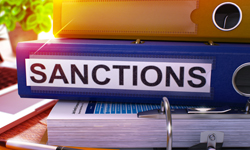 In a letter addressed to the U.S. Office of Foreign Assets Control (OFAC) on 15 October, BusinessEurope requests clarifications related to the re-imposition of U.S. sanctions against Iran, following the withdrawal of the U.S. from the Join and Comprehensive Plan of Action (JCPOA), otherwise known as the Iran nuclear deal. As the second package of U.S. sanctions will enter into force on 5 November, questions that are related to ensuring the facilitation of legitimate financial transfers, in particular, have become pertinent for European companies. The letter is, therefore, accompanied by a note with concrete questions. BusinessEurope believes that an intensified dialogue should be established between EU and U.S. authorities in the area of sanctions policies, in which businesses should also be allowed to contribute with their expertise. 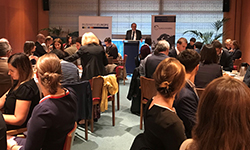 EU collective redress should not bring legal uncertainty, deviate consumer compensation to law firms and litigation funds and go against civil procedure traditions in EU Member States. Even though frivolous litigation is not yet a widespread problem across the continent the situation can change if the right safeguards against abuses are not in place. These messages were expressed by José Maria Campos, Vice-Chair of BusinessEurope Legal Affairs Committee, in a European Parliament SME Intergroup event on 17 October which brought together members of the European Parliament, consumer and business organisations and practitioners to discuss the European Commission proposal on representative actions.

Benefits of digitisation in public procurement 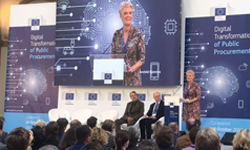 Digitisation can and should support simplification and professionalisation in public procurement, which are key in view of a falling number of bidders per tender throughout the EU Single Market. This was the main message of Arnhild D. Gjønnes, Chair of BusinessEurope’s Public Contracts Working Group, during a conference organised by the European Commission in Lisbon on 18 October on the digital transformation of public procurement. She also stressed several other important potential benefits of digitisation, such as inclusiveness and transparency.