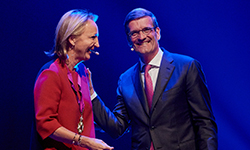 Director General Markus J. Beyrer attended the inauguration ceremony held for the new president of the Federation of Enterprises in Belgium, Bernard Gilliot, on 13 March. Mr Beyrer seized this opportunity to thank the outgoing president, Michèle Sioen, for the good cooperation during her term and to wish Mr Gilliot all the best in his new position. 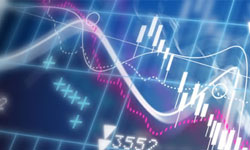 The EU needs more progress to create a Capital Markets Union, especially regarding venture capital, debt and equity financing, and also securitisation, BusinessEurope Director General Markus J. Beyrer wrote to European Commission Vice-President Valdis Dombrovskis. Later this year, the European Commission will publish the mid-term review of the Capital Markets Union action plan. Europe has to enlarge and deepen EU capital markets, help companies to access diversified funding sources, strengthen cross-border capital flows and reinforce the resilience of the Euro-area to asymmetric shocks. The European Commission should also carry out a comprehensive impact assessment of the combined effects of financial legislation on access to finance and the European economy. 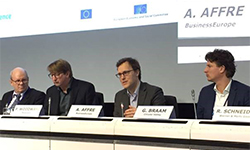 “Business shows a strong willingness to engage and discuss the opportunities of the circular economy”, BusinessEurope Industrial Affairs Director Alexandre Affre said at the Circular Economy Stakeholder Conference organised by the European Commission and the European Economic and Social Committee (EESC) on 9 March. “This has led us to think about how industries can highlight and showcase their examples. Therefore, BusinessEurope decided to set up its own circular economy industry platform to give more visibility to what European industries are getting done. It will showcase the good practices we all see across our companies (reducing waste, collaboration and industrial symbiosis), hoping that this will generate even more participation in the platform and good practices. It will also look at what the obstacles are (practical barriers or legal barriers)”, he added. BusinessEurope’s circular economy industry platform will be launched in May 2017 and will complement the finance and stakeholder platforms that the European Commission, the European Investment Bank (EIB) and the EESC are currently setting up. This will be a crucial opportunity for business, the civil society and policy-makers to work together to make existing regulation on waste management and circular economy more fit-for-purpose. Interested to submit your example(s)? Submit them here. (This link is temporary until the website is up and running).

The future of Europe and the need to complete EMU 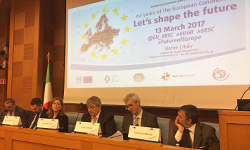 “Completing the Economic and Monetary Union and strengthening trust in the euro is both a priority and a matter of urgency for business” was the key message of BusinessEurope’s Economics Director, James Watson at a high-level European Economic and Social Committee (EESC) event in Rome on 13 March which celebrated 60 years since the founding treaties of Europe were signed. Speaking at a session on completing EMU, James went on to stress the importance of strengthening economic, financial capital markets and fiscal union, with the completion of the banking union an immediate priority. Drawing on a recent letter from BusinessEurope to President Juncker in this area, James also stressed that while proper enforcement of the Stability and Growth Pact (SGP) is essential, it is also important that the SGP gives the fullest support possible to member states who wish to orientate their budgets towards investment and growth-supporting expenditure.

Discussing trade with American Chambers of Commerce in Europe 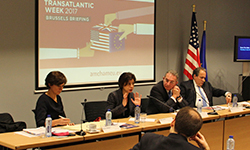 AmCham EU organised a panel debate on the role of trade in the European society on 9 March 2017 during the Transatlantic Week in presence of the different American Chambers of Commerce in Europe. During the debate with MEP Iuliu Winkler and UPS Director for EU Public Affairs Mark van der Horst, BusinessEurope International Relations Director Luisa Santos stressed the importance of making communication about trade more connected to people and their day-to-day lives. Trade has become a hot and sensitive topic, especially in developed economies, and business needs to adjust its message to this new reality. However, it cannot be left only to business to communicate about the benefits of trade. This is a collective effort that involves decision-makers in the EU and at national level.  “We must also demystify the recurrent idea that trade will be able to solve problems that pertain to other policy areas”, Ms Santos said. Trade can and should lead to more wealth and economic growth. However, the way this wealth is distributed needs to be addressed in other policy areas. 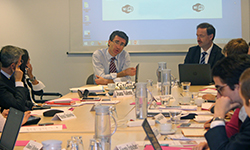 On 8 March, Businesseurope’s Regional Policy Working Group welcomed the Director General of Regio at the European Commission, Marc Lemaitre, for a discussion on the future of the policy. The debate stressed the positive change of cohesion policy, in particular the positive side effects it brings beyond the financial envelopes. At the same time, it is important to greatly simplify rules and procedures, and ensure cohesion policy works as a real investment policy which can provide regions with the necessary tools to boost their growth and competitiveness. 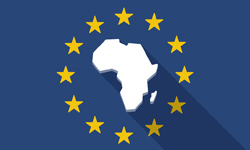 On 9 March 2017, BusinessEurope Director General Markus J. Beyrer and Nils Behrndt, Head of Cabinet of Neven Mimica, European Commissioner for International Cooperation and Development, discussed ways to increase the contribution of the private sector in the EU’s development policy. In particular, they spoke about the possibilities under the newly established external investment plan, which aims to support investment in neighbouring countries and Africa, strengthen partnerships and contribute to achieve the UN sustainable development goals. BusinessEurope welcomes the initiative and looks forward to its effective implementation. The external investment plan should be designed in such a way that it allows maximum impact in the recipient countries and the active participation of the European private sector – including both larger companies and SMEs. BusinessEurope stands ready to further contribute with its expertise to the preparation and implementation of the external investment plan. 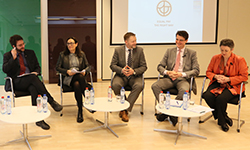 “ISO standards should not be used by the legislator to regulate the labour market”, Social Affairs Director Maxime Cerutti said at a seminar organised by the Icelandic government on 9 March in Brussels to present its initiative of a mandatory equal pay standard. Equal pay for work of equal value is one of the European Union’s founding principles. And legislation is in place at various levels to promote gender equality. In fact, gender segregation on the labour market is the main reason for the gender pay gap. He concluded that “cultural mindsets need to change for a more balanced participation of men and women in the labour market.” This is a key societal and labour market challenge for which further progress is needed.