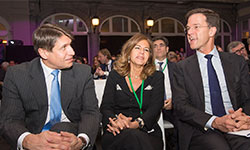 "The EU's slow economic recovery means lost ground in global markets. It would be dangerous if EU member states would allow ‘reform fatigue’ to set in". This was a key message Emma Marcegaglia, President of BusinessEurope gave to an audience of 400 participants at BusinessEurope Day on 3 March 2016 in Brussels. At this high-level conference, Dutch Prime Minister Mark Rutte, Head of the rotating EU Presidency, European Commissioner Elżbieta Bieńkowska and other top level politicians met leaders of European industry and business from all over Europe. Marcegaglia highlighted results of the new “EU Reform Barometer”, BusinessEurope’s survey of reform results in all EU member states. European Council President Donald Tusk sent a video message to the conference. In their keynote speeches both Rutte and Bieńkowska, as well as other top European decision-makers, called for rapid implementation of structural reforms and highlighted the importance of the Schengen zone for business. Europe should – among other important tasks ahead – give a European answer to the migrant crisis. 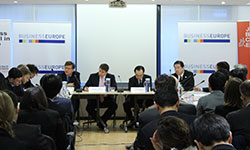 "European business encourages both European and Japanese negotiators to make substantial progress in the EU-Japan free-trade negotiations", BusinessEurope Director General Markus J. Beyrer said at a breakfast discussion co-hosted by BusinessEurope and the Japan Business Council in Europe on 2 March, during the 15th round of negotiations. For European business, it is important that this agreement opens up real business opportunities by removing long-standing barriers to market access, investment and procurement. The EU and Japan are the first and third largest economies in the world and both sides must seize the opportunity to conclude a high-standard agreement that will provide significant benefit for both sides. According to the European Commission, the negotiations have reached a mature stage and both European and Japanese business encourage the negotiators to conclude an ambitious and comprehensive agreement at the earliest possible time. 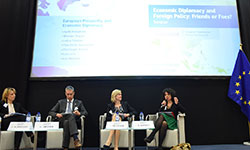 On 26 February, BusinessEurope participated in the high-level event organised by the European Political Strategy Centre under the auspices of Vice-President Jyrki Katainen on the close ties between foreign policy and economic diplomacy. Among the topics discussed: how to better promote the EU economic interests abroad? How to help companies have better access to third markets? In what areas does the EU have leverage as compared to individual member states? In a changing world, the EU needs to maintain its economic leadership. Europe’s competitiveness lies very much on the ability to access new markets and improve business conditions for our companies abroad. A long-term economic vision for the EU should address questions like: which areas of the world are a priority for the EU to develop economic ties and how can the EU’s increased presence and engagement help the economic development and political stability of certain world regions.

Markus J. Beyrer calls on S&D MEPs to help us reform to perform 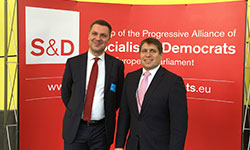 On the invitation of Gianni Pittella, President of the Socialists and Democrats group in the European Parliament (S&D), BusinessEurope Director General Markus J. Beyrer spoke to the S&D group, outlining our priorities on how to make Europe’s economy strong again. Speaking about the future of social Europe, he explained why we first need to make the framework conditions in Europe, and our member states, fit again, so that companies can perform and do what they do best: create growth and jobs. Markus also explained the strong support of the European business community to find European solutions to the refugee crisis and to fight for Schengen, one of the most successful and tangible results of European integration. President Pittella and many S&D MEPs strongly welcomed this exchange of views and suggested having this useful exchange on a more regular basis.

Innovative growth and jobs for a more competitive Europe 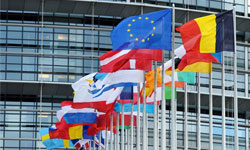 Given the slowdown in world growth and the many challenges facing Europe, focusing on creating innovative growth and jobs is more important than ever. The single market is one of Europe’s greatest assets and an essential driver for growth and jobs. Making the single market work better will strengthen the European industry and make us more competitive globally. However, the Council must address the issue of divergent national rules and fragmented application of EU legislation, which continues to hamper the free movement of goods and services. This is part of the message that BusinessEurope Director General Markus J. Beyrer sent to Minister Henk Kamp ahead of the Competitiveness Council meeting on 29 February 2016. 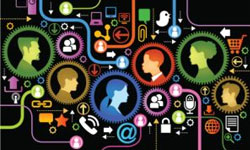 Education and training provision at all levels - whether school, vocational education and training, university or company-led training initiatives - need to be adapted to meet our economies’ growing digital skills needs. A key challenge for the Commission, in its upcoming skills agenda, is to provide a European policy framework that supports member states in achieving better outcomes in terms of e-skills. This was the key message by BusinessEurope’s Social Affairs Director Maxime Cerutti at a debate on digital skills organised by Google on 24 February. As part of the digital transformation of our economies, digital skills are in demand and are increasingly a key part of the competitiveness of European companies. The need for digital skills will become even more pronounced by 2025 when it is projected that 90% of jobs will require some level of digital skills. 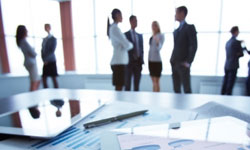 Europe’s social problems are not due to a deficit of social policy but to a lack of competitiveness. Social dialogue and financially sustainable social protection systems have a role to ensure the fair redistribution of growth. But it is policy-makers’ and social partners’ capacity to strengthen competitiveness and foster employment growth which will be the decisive factor to maintain social well-being and equity in Europe. Moreover, upskilling the workforce, in particular people in less productive jobs, will help mitigate the increasing polarisation of labour markets. These were the key messages by Maxime Cerutti, BusinessEurope Social Affairs Director, during a conference co-organised on 1 March by the International Labour Organisation and the European Commission on ‘long-term trends in the world of work: Effects on inequalities and middle-income groups’.

Do not reopen the 2030 climate and energy targets 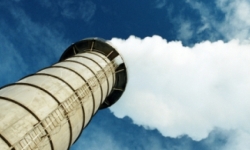 "The EU must refrain from re-opening the political debate on the 2030 climate and energy targets, which represent the most ambitious climate action efforts across the planet", Olivier Imbault, Chair of BusinessEurope’s Energy and Climate Working Group, said at the CEPS Ideas Lab 2016 edition on 25 February. This is crucial to avoid undermining long-term investment security for industry, he added. The event discussed the impact of the Paris agreement on the 2030 framework for climate and energy policies. BusinessEurope also stressed this message in a letter to the Dutch Environment Minister, Sharon A.M. Dijksma, ahead of the Environment Council meeting on 4 March. 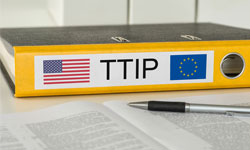 “U.S. offers on public procurement must be significantly improved before summer if we want to achieve the meaningful outcome that European business is calling for”, BusinessEurope’s Director of Entrepreneurship and SMEs Daniel Cloquet said at a roundtable discussion attended by Christina Sevilla, US Trade Representative, and Luca de Carli, TTIP Negotiator of the Commission. The roundtable discussion on 24 February 2016 was co-hosted by HSBC and Friends of Europe, and focused on the importance of the Transatlantic Trade and Investment Partnership for SMEs. Daniel Cloquet also expressed BusinessEurope’s concerns on regulatory cooperation, which should not only be about regulatory coherence and best regulatory practices. The goal must be to establish a process that would mandate regulators to exchange views on a regular and consistent basis.