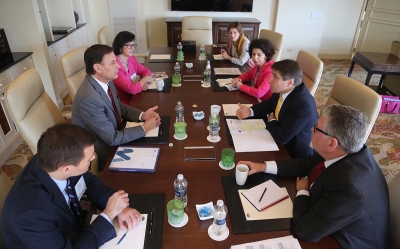 A BusinessEurope delegation led by Director General Markus J. Beyrer is in the United States this week to discuss the Transatlantic Trade and Investment Partnership, in a final effort to push for an agreement during President Obama’s term. An ambitious outcome is needed to match expectations of growth and jobs that are at the very core of TTIP since the launch of negotiations. How EU and business can join forces in this view was discussed on 7 June with Jay Timmons, CEO of the National Manufacturers Association, as well as current political developments in the USA and the EU, and their impact on trade. Photos