Exchange on the way forward for taxonomy and sustainable finance 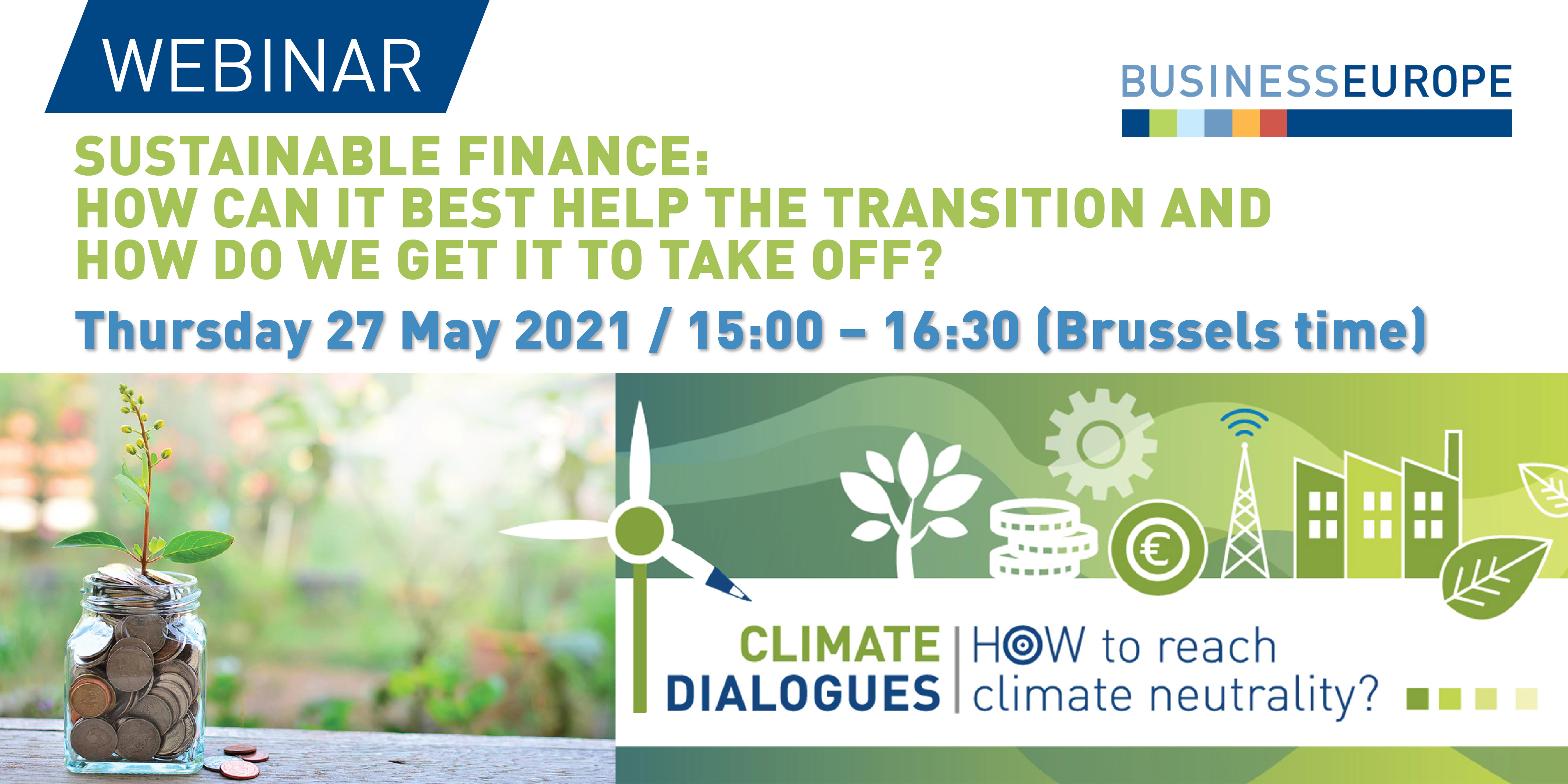 "The renewed sustainable finance strategy will be an evolution, not a revolution - combining some of the EU's existing measures, as well as some new proposals", Peter Power, Head of Cabinet for European Commissioner McGuinness, said at the latest event in BusinessEurope's Climate Dialogues series on 27 May.  Under the headline "Sustainable finance: How can it best help the green transition?", participants discussed the future of the sustainable finance agenda after the publication of the April package.  Kaisa-Maria Soro-Pesonen from EK, the Federation of Finnish Industries, stressed that "we do not have a problem with high ambitions, but they need to enable investments at scale and in a short time – which is currently not necessarily what we're seeing". Adam Guibourgé-Czetwertyński, Undersecretary of State at the Ministry of Climate and Environment of Poland, pointed out that a wide range of technologies, including gas, is needed to reach climate neutrality: "If they’re not included in the taxonomy, what's the signal we are sending to the markets?”. Helena Viñes Fiestas, Rapporteur of the Sustainable Finance Platform, and Marcel Haag, Director at DG FISMA at the European Commission, brought the perspectives of investors and policy-makers to the table. Panellists agreed that the next delegated acts would be decisive, and that markets should see the taxonomy as an instrument to sketch out transition pathways, not as a binary classification.