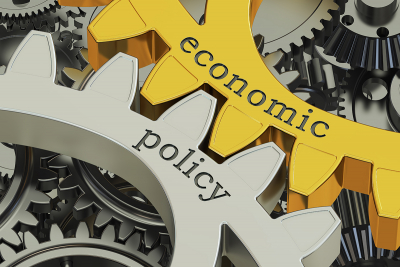 A comment by James Watson, BusinessEurope Director of Economics

There's an old saying that forecasting is difficult because it involves the future. But whilst the pandemic has made efforts to predict future economic performance even more challenging, the economic policy question we'll face in 2022 appears at least a little clearer.

The emergence of the Omicron variant and the possibility of increased transmission and some loss of vaccine effectiveness seems like an early Christmas present we could have all done without. With each wave of the virus to date, we have seen a declining negative impact on economic output as companies have learnt to adapt to restrictions. Whilst we can hope this trend continues, the new variant is also a reminder that the virus may not go away soon, and that we need to think about our response to the virus in at least a medium-term timeframe. Lockdowns may have been an essential response to save lives when we were awaiting the approval and distribution of vaccines, but with more transmissible variants reducing the likelihood of achieving anything approaching herd immunity through voluntary vaccinations alone, it will be increasingly important in 2022 that governments, following almost weekly changes to restrictions in some Members States recently, set out how the combination of restrictions and vaccinations provide a coherent strategy to allow us to live with the evolving virus.

Member States should also start setting out coherent long-term public finance strategies in 2022. On the positive side, we are already seeing Member States devote an increasing share of public finance to investment, in part to help address the challenges of the green and digital transitions. But the suspension of the Stability and Growth Pact (SGP) has allowed some Member States to temporarily avoid the difficult questions around how both current and past expenditure will be financed, with 10 Member States still expected to have government spending deficits greater than 3% in 2023. With the SGP expected to be back in force for 2023, progress is urgently needed to forge a consensus on a revised economic governance framework, although with widely different reform ambitious amongst Member States it will not be easy. As well as incentivising public investment, it is to be hoped that the revised framework helps ensure that any additional taxes are broad based and seek to avoid damaging investment and employment.

The consensus we have seen around EU monetary policy is also likely to come under increasing strain in 2022. An expansionary monetary policy can clearly only be compatible with the European Central Bank's (ECB) 2% target if the present headline rate of 4.1% can genuinely be considered to be temporary. Although most forecasters, including the ECB, have in recent months, extended the period during which they expect inflation to be above target, there remain reasons to be hopeful that once previous energy price rises drop out of the index, and global supply chain blockages start to ease, inflation will quickly fall. But as the ECB has also emphasised, the risk is that high rates of present inflation are translated into wage agreements, leading to a wage-price spiral. Wage moderation will be essential, recognising, as ECB Executive Board Member Fabio Panetta has argued, that recent (imported) energy price rises are equivalent to a terms of trade "tax" which, (unfortunately) compress real disposable income.

The expectation that present high inflation rates can prove temporary also appear to assume that structural economic changes that might negatively impact inflation dynamics haven't taken place during the pandemic. If the pandemic subsides, and the global economy shifts to a more stable "new normal", we will hopefully learn more about such longer-term changes in 2022. In particular, within the labour market, we are already seeing unusually high job vacancy rates and hiring difficulties for this point in the economic cycle, likely to be at least in part the result of accelerated structural shifts over the last two years, in particular towards greater digitalisation. Whilst there appears less evidence within the EU of what is being termed in the USA, "the great resignation", it cannot be ruled out that a combination of forced savings, and a re-evaluation of life goals as a result of the pandemic, may prompt, particularly older workers, to be less likely to seek employment, adding to long-term labour market tightness.

This reminds us that decisions taken by governments during this pandemic can continue to have profound impacts on the long-term competitiveness. EU Member States must make the best use possible of the once-in-a-generation opportunity provided by the Next Generation EU funds to transform competitiveness through investment and reforms. But such efforts will be in vain if we allow the pandemic to irreparably damage the education and life chances of a generation of young people. So my personal Christmas wish is that if difficult decisions need to be taken in the coming months, governments have a renewed commitment to making the continuation of education a key priority.