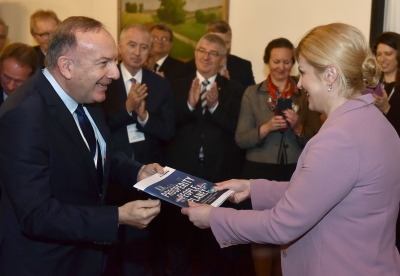 The presidents of BusinessEurope’s national member federations met on 5 December in Zagreb with the President of the Republic of Croatia, Kolinda Grabar-Kitarović, Prime Minister Andrej Plenković and the Minister of Economy, Entrepreneurship and Crafts, Darko Horvat to discuss the priorities of the upcoming Croatian Presidency of the European Union. President Pierre Gattaz presented BusinessEurope’s agenda for the European Union in 2019-2024: Prosperity, people and planet as the three pillars for a successful Union. On 6 December, BusinessEurope’s Council of Presidents called for urgent action to save the WTO Appellate Body. Press release