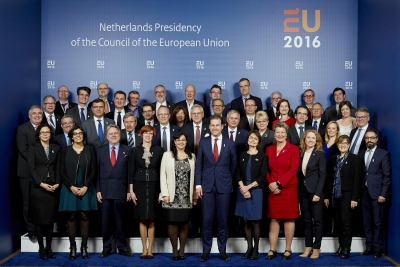 "The most urgent social challenge for Europe is to boost job creation and employment participation to reduce unemployment. Labour ministers have an important role in achieving this as part of a renewed EU strategy on flexicurity. Moreover, because Europe’s economic and social challenges are interlinked, it is essential to integrate economic considerations better into social policy debates. This is the case in the context of the European pillar of social rights, for example by ensuring consistency with ongoing efforts of economic ministers to achieve a more effective and efficient use of public expenditure, or to reduce the tax wedge on labour. This is also true for other EU social initiatives. For example, BUSINESSEUROPE and all its members are against the revision of the posting of workers directive, which we consider to be an attack on the single market". These were the key messages of Social Affairs Director Maxime Cerutti addressing the informal meeting of employment and social affairs ministers in Amsterdam on 19-20 April 2016.